Trump said in the tweet that Jacobs will be a great congressman who will always fight for the people of New York. 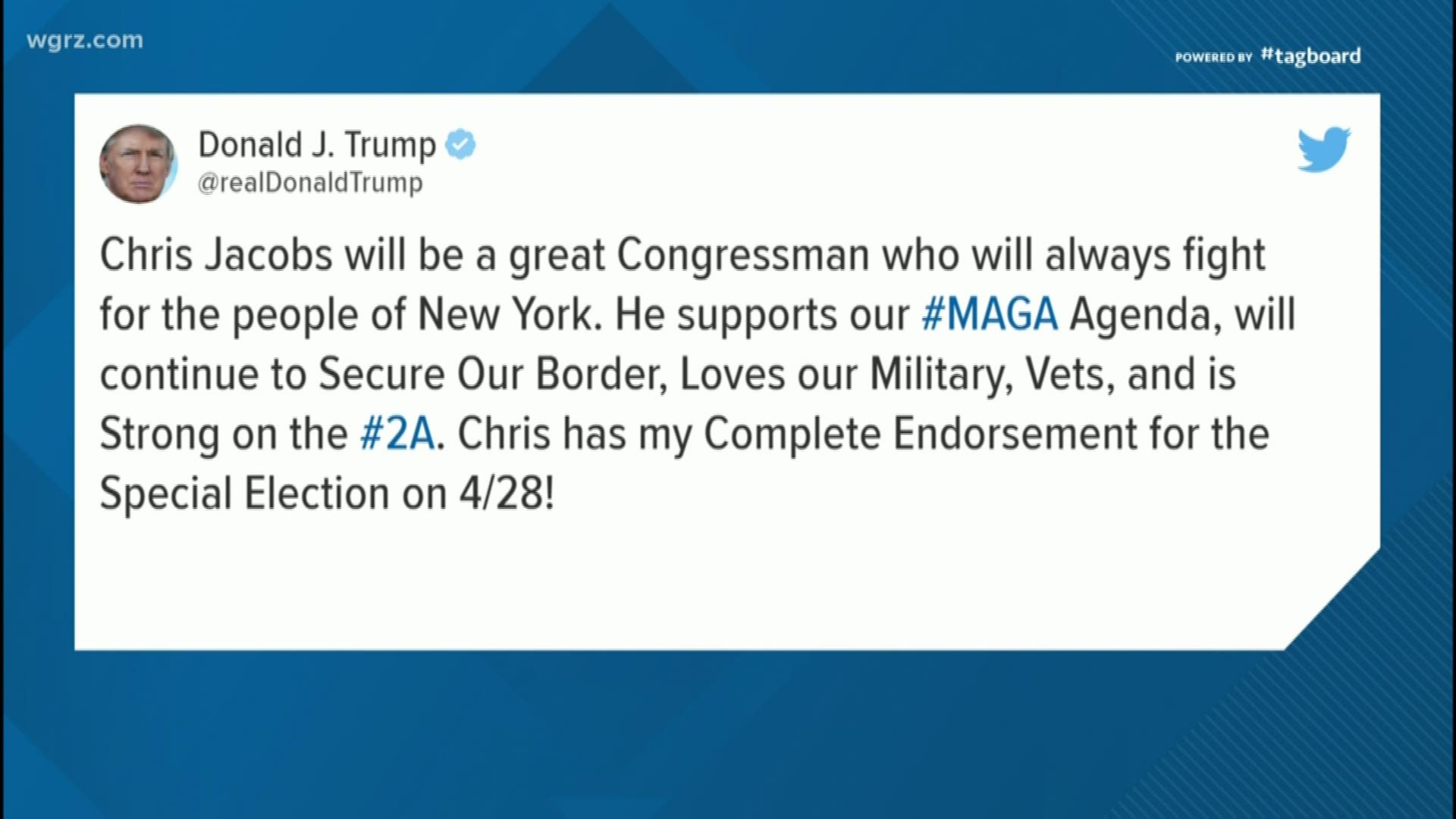 Trump said in the tweet that Jacobs will be a great congressman who will always fight for the people of New York.

Jacobs released a statement saying, "I am deeply honored and humbled to receive President Trump's endorsement. I appreciate his trust and stand to join him in the fight against socialism and to help him enact his America First Agenda to rebuild our military, grow the economy, and finally secure our borders."

2 On Your Side has reached out to McMurray's campaign for comment and received the following statement:

“It’s a good thing the president endorsed Jacobs early, because it took several years for Jacobs to endorse the president or even say his name,” said Nate McMurray.

“If I was Stefan Mychajliw, Beth Parlato, or Rob Ortt, I’d feel pretty betrayed right now. Jacobs became a Trump supporter overnight to try and win this position. Money talks. I invite President Trump to come to NY-27. I invite him to stand on a stage, look me in the eye and explain to me and the people of NY-27, why he wants to make cuts to Social Security and Medicare. I want to see what he has to say for himself for taking away care from our elderly, our rural hospitals, or all those people who earned the right to those benefits through years of hard work. He needs to explain, because Jacobs sure can’t.”

Nick Langworthy, the New York State Republican Chairman, met with President Trump on Tuesday. We don't know what the meeting was about.

RELATED: Democrats back McMurray to run against Jacobs in 27th District