A selfie at the polls? Be careful, there's a law

If you're eager to be like Justin Timberlake at the polls and take a selfie with your ballot, be careful: New York has specific laws that govern photos in the voting booth. 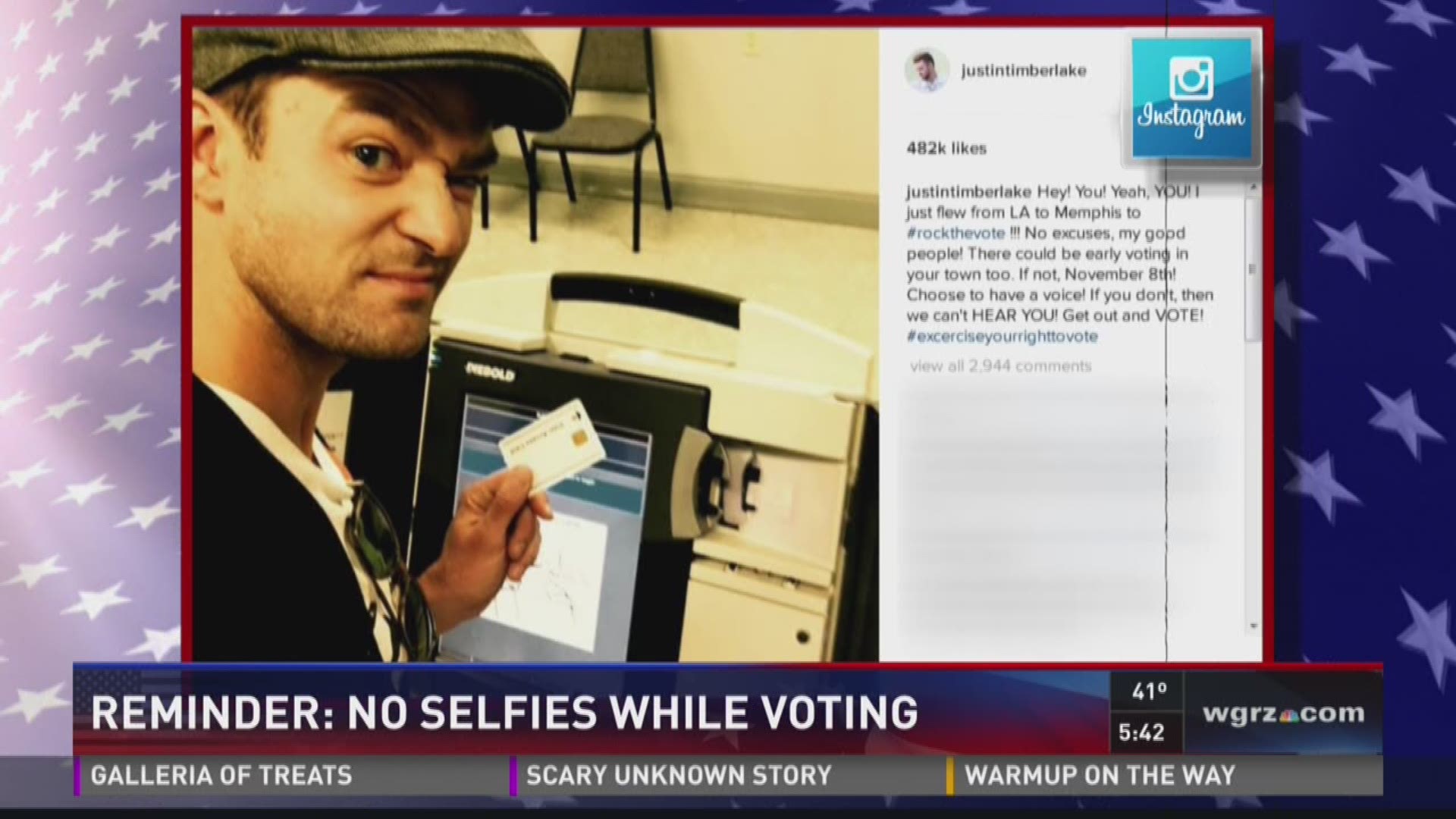 ALBANY -- If you're eager to be like Justin Timberlake at the polls and take a selfie with your ballot, be careful: New York has specific laws that govern photos in the voting booth.

The state Board of Elections recently sent guidance to county elections officials laying out what is allowed and not allowed at the polls regarding selfies on Election Day, Nov. 8.

It's pretty simple: State law bans you from taking a photo with your completed ballot.

Taking a photo at the polling place or with a blank ballot, that's fine -- just don't be disruptive to poll workers or other voters.

"You can take a selfie, so long as you don’t show how you are voting or your completed ballot," said John Conklin, a spokesman for the state Board of Elections.

The issue gained newfound attention this week when Timberlake took a selfie and posted it on Instagram of him inside a voting booth in Memphis, Tenn., as a way to encourage young people to vote.

In Tennessee, though, a new law prohibits voters “from using the device for telephone conversations, recording, or taking photographs or videos while inside the polling place," USA Today reported.

The singer appeared Wednesday on "The Tonight Show With Jimmy Fallon."

He said he was shocked to learn what he did was technically illegal, though local prosecutors said they won't press charges.

"Get out and vote, but, don't take a picture of yourself in there," Timberlake said.

The law bans showing your completed physical ballot to another person, but the state board ruled in 2012 that a photo of a blank ballot is legal.

The law makes it a misdemeanor if a person "shows his ballot after it is prepared for voting, to any person so as to reveal the contents, or solicits a voter to show the same."

While the law is rarely enforced, elections officials encouraged voters to stay clear of violating it.

The law dates back probably to the 1880s, elections officials said, when New York aimed to prevent vote buying -- as in, a union or political leader would pay a voter to vote a certain way and then the voter would show the completed ballot to the person to get paid.

But the law is antiquated and should be overturned, said Leo Glickman, a Brooklyn lawyer who filed a lawsuit Wednesday on behalf of some New York residents seeking to toss it.

The lawsuit contends that taking a photograph of a filled out ballot "is a powerful political statement that demonstrates the importance of voting. Without the photograph, the message loses its power."

Glickman said it's a matter of free speech.

"I spend time on social media, and I think it’s a particularly effective way of expressing your political opinion, beyond just saying who you like," he said.

The case is expected to be resolved before Election Day, and similar court cases have played out in other states.

In New Hampshire and Indiana, the courts affirmed the right to take ballot selfies and share them, citing voters' First Amendment rights.

There's no federal law that forbids ballot selfies, so it's an issue up to the states.

As for New York, its guidance to local boards states that officials should continue to enforce the law.

"There is litigation on this issue in a number of places, including in our state, and if anything comes of that we’ll certainly let everyone know," the state board told local officials.