Sabres' 50th: Building a game day experience, one sign at a time

Catching up with the "Phantom Signmakers" of Memorial Auditorium 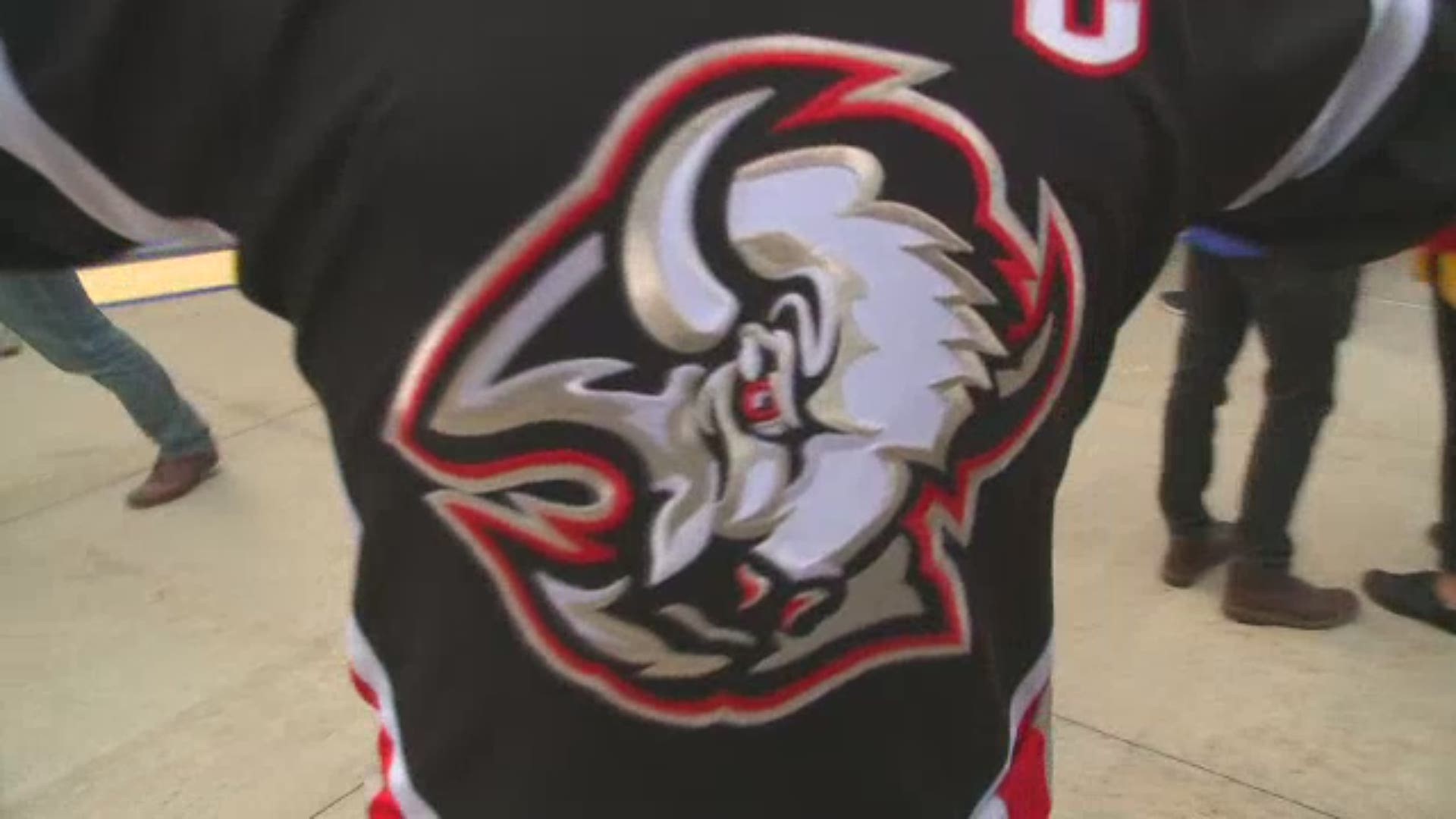 BUFFALO, N.Y. — Long before the horns, the goal music, intermission contests and t-shirt cannons, the game day production was a product of the fans in the stands. If you ever watched a game in Memorial Auditorium, you probably enjoyed the handy-work of a group of fans you never knew. Steve Hill, Bill Hill, Ryan Kopper, Craig MacVittie and Dave Hyzy were known as the phantom signmakers and their puns, and word play was put on display every game up there in the oranges.

Bill Hill remembers, "there we had a perfect pallet to hang things on, the upper balcony didn't have an electronic ribbon board so we could hang things on it, today, there's no place to do it. "

Lead "phantom" Steve Hill passed away nearly a year ago, but his spirit and passion lives on in their scrapbook of not only press clippings, but each and every sign they ever made. The group still gets together regularly and reminisces about their role in Sabres' history. Each one of the guys have their own favorites. Macvittie loved  "The old grey Lemiere, he ain't what he used to be." Bill Hill says "I like the short and sweet ones that we did even without Taro, Goodenough isn't and Playfair doesnt! "

But all admit it is difficult to pick just one out of the hundreds of signs they put up. Their biggest honor came when the Sabres asked them to make up signs for the Aud when Buffalo hosted the NHL All-Star game in 1978. But at the end of the day, they just love the fact that they were part of the atmosphere and part of so many people's Aud memories..