When a World War II veteran's home was destroyed in the Camp Fire, leaving him nowhere to go, a woman decided to bring him into her home. Two weeks later, she has "adopted" a new grandpa. 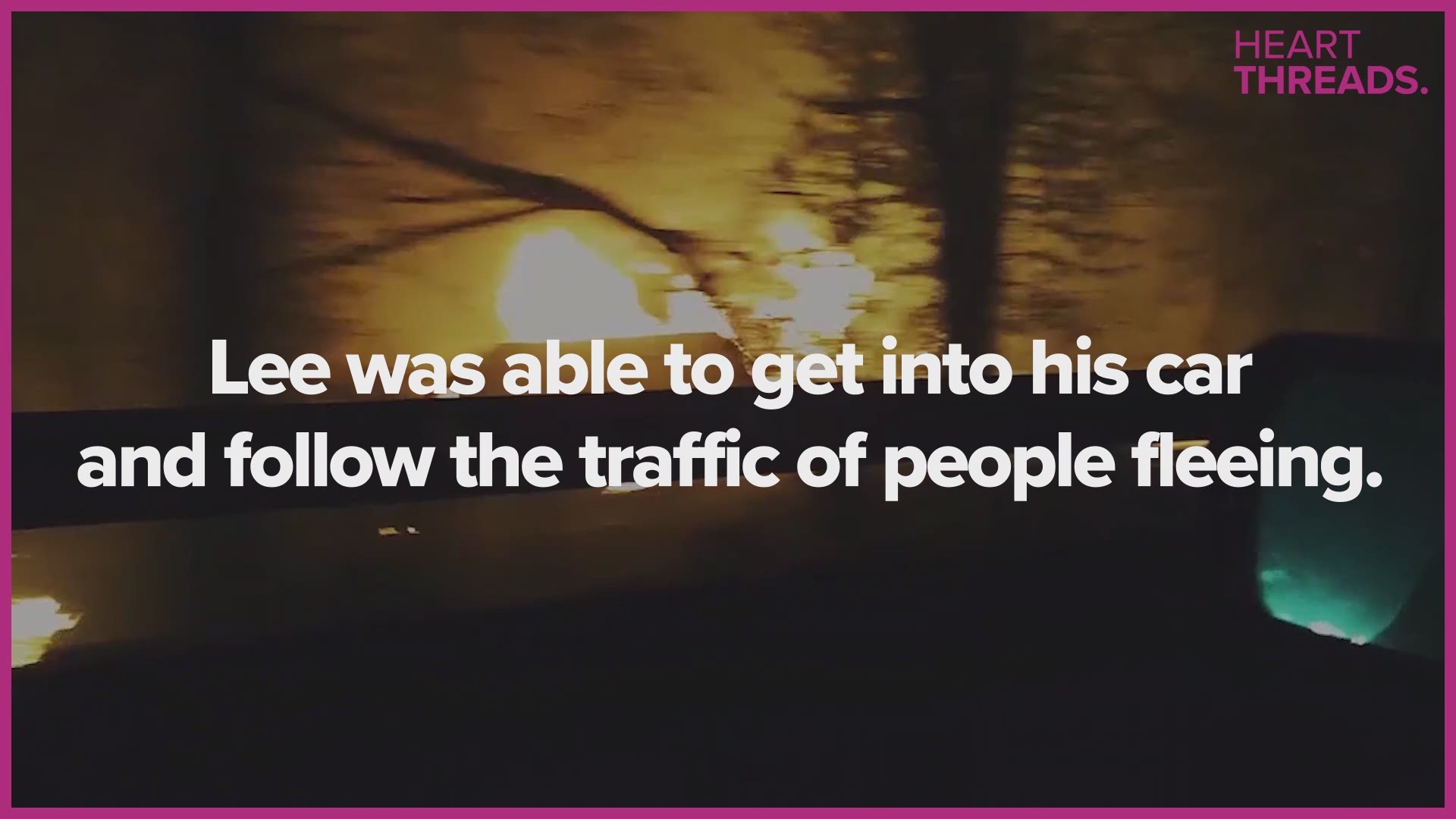 OROVILLE, Calif -- As evacuees and smoke descended upon Tracy Grant's hometown, she knew she had to help. With the help of a local restaurant, Tracy began handing out hamburgers to people seeking shelter in a nearby parking lot.

According to Cal Fire, the flames moved at incredible speed Thursday, with the fire covering 10,000 acres in 90 minutes. That means it continued to grow more than one football field every three seconds the afternoon it first began.

With the flames moving so quickly, many elderly citizens were unable to escape. Lee was one of the lucky ones.

When the fire was just feet behind his Paradise home, Lee's gardener alerted the 93 year old that he needed to leave... now.

"Everyone was hootin' and hollerin'," Lee recalled. "I just took off and followed the steady stream of cars."

Lee followed those cars to a parking lot where evacuees were gathering in the neighboring town of Oroville. But with no nearby family and hotel rooms booked, he had nowhere to go. He decided to spend the night in his car.

His and Tracy's path crossed when she offered him a hamburger. He politely declined, telling her there were many other evacuees that needed it more than him. His kindness after such trauma surprised Tracy.

She decided to keep one burger handy, just in case.

About an hour later, she knocked on Lee's car window again and re-offered him the burger. This time he accepted and she joined him in the car as he ate. The more they talked, the more Tracy realized this was a special man.

In World War II Lee had served in the Navy as part of a search and rescue team. Above all, including his sailor humor, the compassion he had for others stood out to Tracy. They talked until 1 a.m.

Lee was hesitant. Despite how convincing she was, Tracy was still a complete stranger. She couldn't convince him until fate stepped in - they were closing the parking lot and shelter.

"So I said, 'You're coming home with me whether you like it or not,'" said Tracy.

With no other options, Lee went with Tracy and has remained in her home for the last two weeks. Tracy says he is welcome to stay forever.

"She won't let me pay for anything," said Lee. "I can't believe how fortunate I've been."

Lee has gotten comfortable. He loves standing outside as Tracy waters the plants and the two watch and old movie each day.

At first encounter, you'd never guess Lee and Tracy met relatively recently. Their witty banter and caring conversations go far beyond a two-week connection. While Tracy has provided Lee with a home, bed, clothes and food, the greatest gift of all has been Lee himself.

"He is so giving and caring and thankful. It has made us actually want to be more that way," said Tracy.

"You couldn't be anymore that way," replied Lee.