At issue, Tesla CEO says another COVID relief bill not in the best interest of Americans 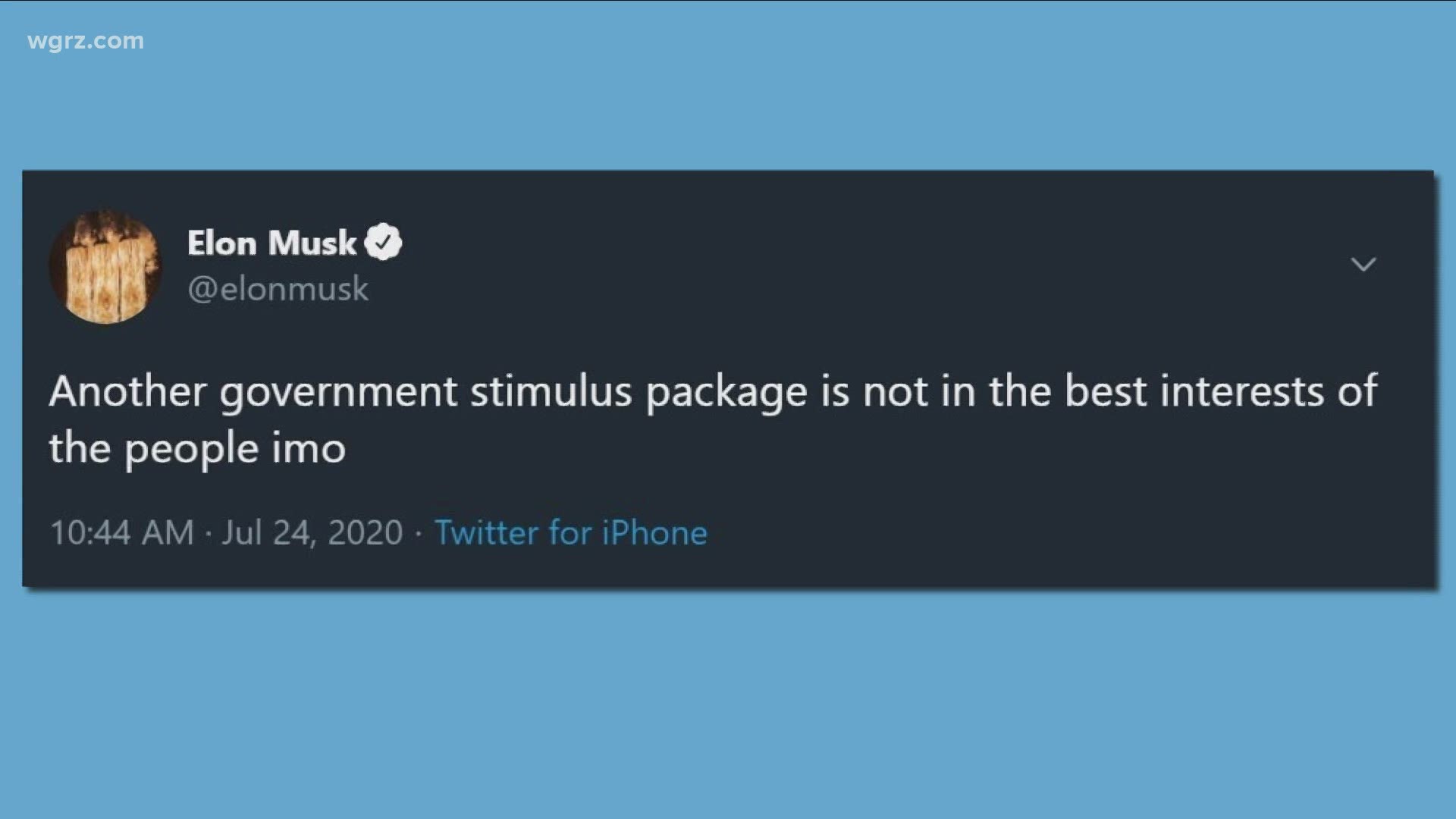 BUFFALO, N.Y. — When billionaire inventor and entrepreneur Elon Musk sends out a tweet, lots of people see it. The co-founder and CEO of TESLA has over 37,000,000 followers.

But a tweet he sent out on Friday may have gotten a different reception than what he guessed.

The subject of Musk’s tweet was the much-talked-about subject in Washington of another round of federal stimulus help for taxpayers hit by the economic slowdown triggered by the COVID-19 pandemic.

While Congress and the White House hash out a potential deal, Musk weighed in with this via Twitter:

“Another government stimulus package is not in the best interests of the people imo.”

It seemed odd to this reporter that someone who has benefited from government subsidy would be against potential assistance to taxpayers. So, I retweeted Musk adding:

But that’s not all.

The US House Ways & Means Committee’s twitter account added a snarkier reply to Musk using the meme: “Thanks, Billionaire. Your opinion is noted.”

In fairness, Musk’s original tweet was accompanied by a thread which included an endorsement of the concept of a ‘universal wage’. That is the idea that every person should have a minimum income supplied by the government.

2 On-Your-Side did reach out to Tesla for a clarification, but there has been no response. Tesla’s landlord in New York State, Empire State Development, declined to comment on the matter.