A voluntary evacuation was issued for the small lake front community as high winds pushed large ice mounds onto properties. 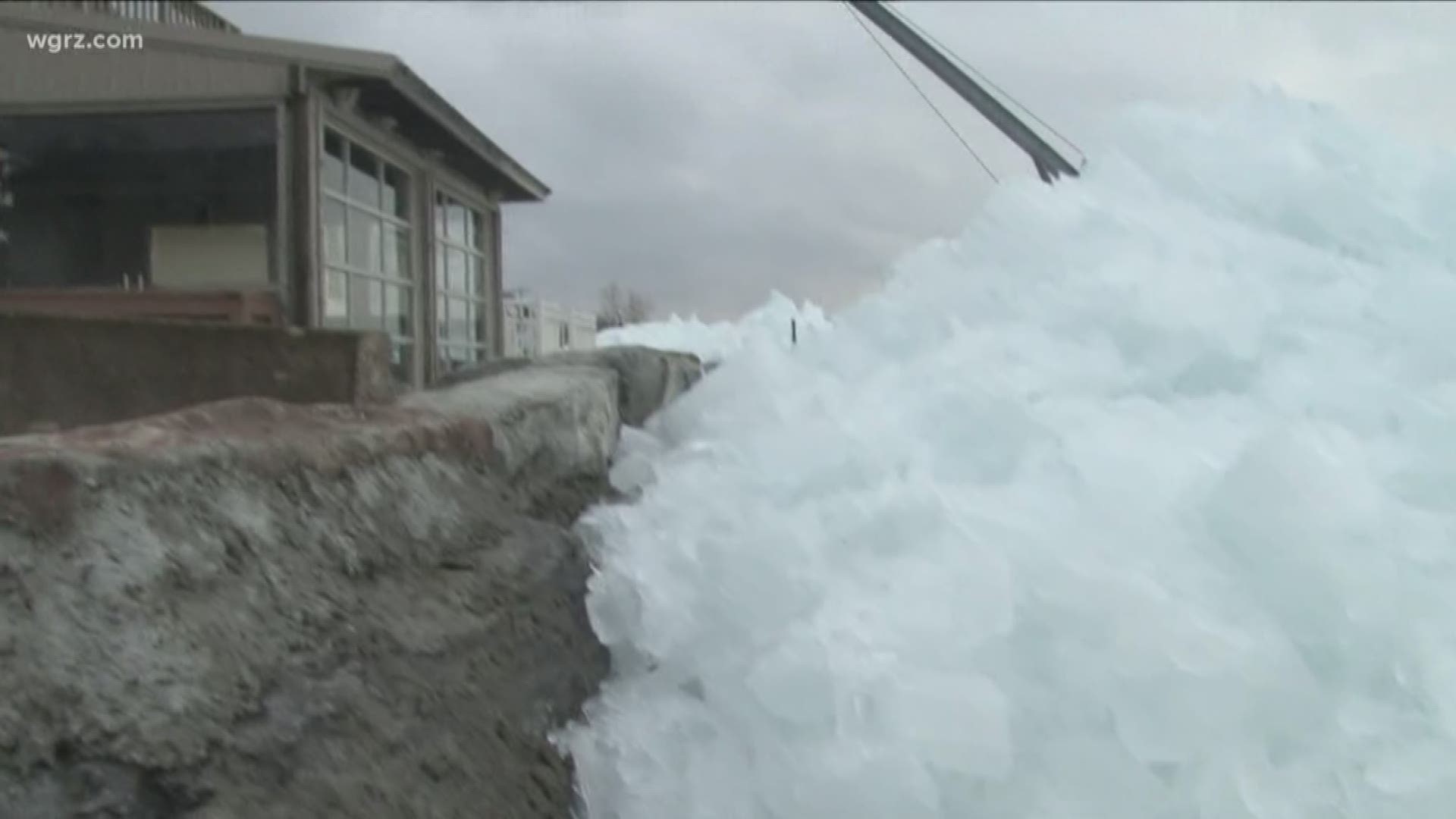 HAMBURG, N.Y. — Large ice mounds came onshore along Lake Erie on Sunday. Some 25 to 30 feet high and crashing into several residential properties in the Hoover Beach lakefront community in Hamburg.

A voluntary evacuation was issued Sunday afternoon for residents there. One resident who has been there for 49 years said this is rare.

"We've had storms in the past but nothing like this," Dave Schultz, a Hoover Beach Resident, said. "We've never had the ice pushed up against the walls and right up onto our patios... it's in my patio, the neighbor's patio, and the patio after that."

The rapid rise of the lake water level and ice on the eastern end of Lake Erie, known as a seiche, was caused by the high winds southwest winds. Schultz says he's staying put to monitor the ice there.

"Had my mother take off she went to a friend's house because she's nervous. My father stayed at the house and just making sure everything's ok."

Town of Hamburg emergency crews have been going door to door to check on residents during this voluntary evacuation with dozens of homes right along the shoreline with ice right up to the back doors.

"Some people did take us up on it while others chose to stay put so we have an account for how many are in their houses that way if we need to get back and get them we know how many people we are dealing with," Sean Crotty, Emergency Manager for the Town of Hamburg, said.

About half of the 88 properties have year-round residents, many are summer houses there. Town officials say the voluntary evacuation is expected to be in place until early Monday morning.