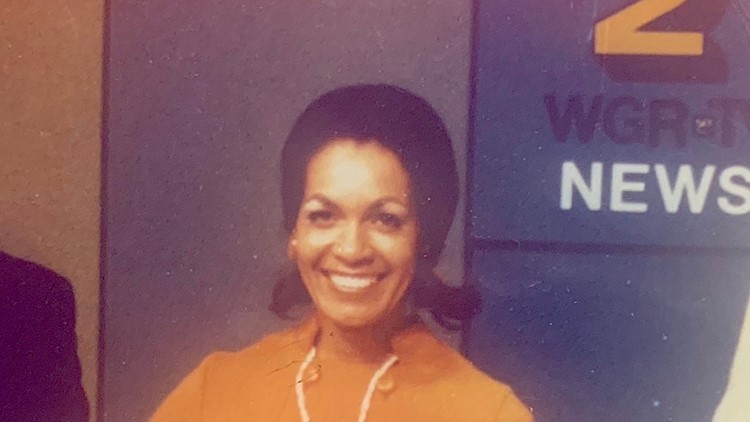 The woman who broke meteorological barriers worked in WNY

Former Channel 2 personality June Bacon-Bercey paved the way for women of color in the field of Meteorology. She died in July at the age of 90.
Author: Peter Gallivan
Published: 7:26 AM EDT April 9, 2019
Updated: 4:48 PM EST January 3, 2020

BUFFALO, N.Y. — When we talk about the difference makers in history, the innovators, the pioneers, one constant exists: hard work. That certainly is the case with ground-breaking meteorologist, June Bacon-Bercey.

Her daughter, Dail St. Claire, shared some of her favorite stories about her mom with 2 On Your Side's Pete Gallivan over the phone.

St. Claire said one of the greatest lessons she learned from her was the importance of preparedness. "Being prepared for opportunities is part of the reason she worked as hard as she did."

June Bacon-Bercey was the first black woman to earn a degree in meteorology from the University of Kansas in 1954. She went on to earn her masters at UCLA and to work at the Atomic Energy Commission and the National Weather Service.

St. Claire says, "As I watched her trajectory at the atomic energy commission, at the national weather service, I watched her go to school at night to study journalism. She said she prepared for this opportunity, and when the opportunity came at WGR, it was an opportunity as a reporter, not as a meteorologist on the air."

She made her mark as a reporter, covering the Attica Prison uprising of 71, it was her first national television exposure.

But meteorology was her true passion, and she finally got her big break in 1971, with one of the craziest events in Buffalo broadcasting history.

The main weather anchor for Channel 2 at the time, Frank Benny, robbed a bank to feed a gambling addiction. Although Benny was found to be not guilty due to temporary insanity brought on by extreme stress, management needed to find someone to take the reigns of the weather department.

In 1972 Bacon-Bercey was awarded the American Meteorological Society's "seal of approval" for excellence in television weather-casting, the first woman and the first African American ever to achieve that distinction.

After four years at NBC, she spent the next decade and a half working for the National Weather Service and the National Oceanic and Atmospheric Agency.