Repairs Could Come To Rough Patch Of Thruway

The Seneca Nation of Indians has approved a request from the NYS Thruway Authority to perform maintenance on the stretch which passes through the Cattaraugus territory.
However, it remains uncertain whether the section road, now in a state of disrepair, will be re-paved any time soon. 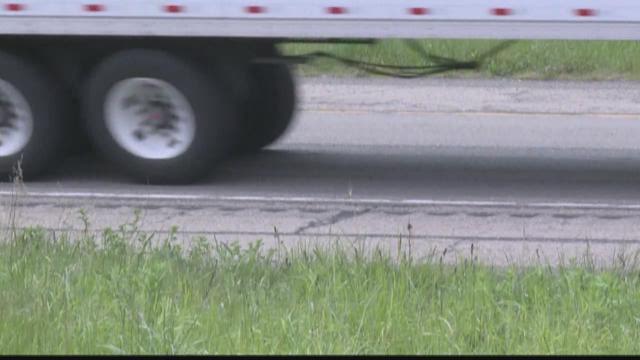 BUFFALO, NY – The Seneca Nation of Indians confirms it has approved a request from the New York State Thruway Authority to perform maintenance on the three mile stretch of Interstate 90 which passes through the Cattaraugus reservation.

However, it remains uncertain whether the section of highway which has fallen into a state of disrepair, will be re-paved any time soon as a result.

While no roadway is immune to breakdown, motorists have come to expect more than modicum of regular maintenance (and therefore for decent driving conditions) on the state’s “superhighway”.

Last July, when it was announced by the governor that a 12-mile section of the Thruway immediately west of the portion which runs through the Seneca territory would be given an overhaul, NYS Assemblyman Andrew Goodell remarked he was looking forward “to the successful completion of negotiations between the Thruway Authority and the Seneca Nation so that the next section of the Thruway can also enjoy this level of improvement."

Ten months later, that section of I-90 remains noticeably rough, and unlike most any other portion of the more than 500 mile long Thruway.

This prompted several inquiries to WGRZ-TV from regular users of that section of the Thruway, who contend the roadway has been allowed to deteriorate for far too long.

“The speed limit has been reduced to 45 mph at times”, according to one motorist, who wrote to Two on Your Side, while wondering why the conditions have been allowed to persist.

Noting the presence of “caution” signs, and describing the conditions as “deplorable” for such a road, he continued: “In the interest of public safety, any differences need to be settled and necessary repairs should be made."

You Can’t Just Bring Out The Asphalt Crew.

Repairs to roads running through native territories are not always able to be made quickly, as a long standing agreement between NY State and the Seneca Nation requires both parties to sign off on them to varying degrees.

As well, issues have risen in the past between the two entities, creating flash points which have resulted in delays in scheduled road maintenance.

However, neither the NYS Thruway Authority, nor the Seneca Nation of Indians would confirm that any dispute existed which prolonged the deterioration of the Thruway.

In a statement, the Thruway Authority said,:

The Seneca Nation issued a response which read: “

"Per normal procedure, the Nation received and reviewed a maintenance request from the New York State Thruway Authority pertaining to the stretch of highway that traverses our sovereign Cattaraugus Territory. The request was approved by the Seneca Nation Council on May 13.”

But it still remains unclear whether this means the road will be re-paved anytime soon.

This is because any maintenance done on the Thruway here, including but not limited to sloping, bridge repairs, or re-paving, has to be approved by both sides.

And the Seneca’s statement did not indicate the specific type of maintenance the Thruway Authority asked to commence, and for which the Nation gave its approval to.

Thruway Authority Spokesperson Jennifer Givner told WGRZ-TV on Friday that without seeing the specific resolution passed by the Seneca Nation Council, she could not comment on their actions.