2 On Your Side spoke with a veterinarian, a shelter manager, and the Humane Society about cat declawing. 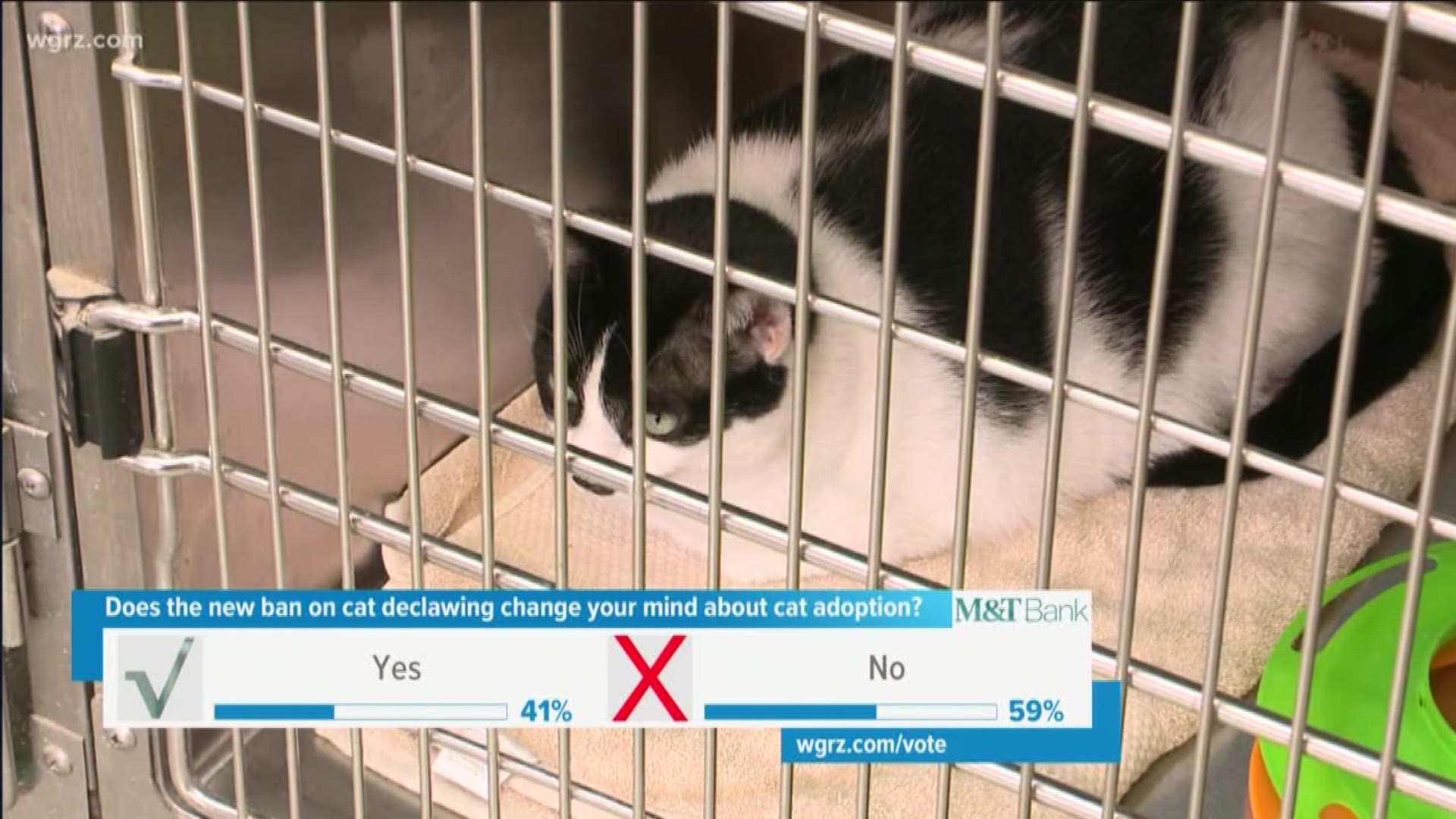 BUFFALO, N.Y. — After Governor Andrew Cuomo signed a bill into law banning the declawing of cats on Monday, we spoke with a veterinarian, a shelter manager, and the Humane Society about the ban.

Allison Kendall from the Ten Lives Club worries fewer people might adopt cats if they can't get them declawed, because some apartments don't allow cats with front claws.

"The signing of the bill today is kind of going to be interesting for us because declawed cats have always been high demand at shelters," Kendall said.

But she also sees drawbacks to declawing.

"Most of the cats that come into our shelter that are declawed have behavior issues," Kendall said. "They don't like, they feel defenseless in cages, so lots of times they have cage issues. They have litter box issues and sometimes they have if they were declawed incorrectly, they have pain that has to be dealt with."

Brian Shapiro with the Humane Society of the United States says Los Angeles saw a decrease in surrenders after declawing was banned there.

"The main reason for surrendering a cat to a shelter is litter box avoidance and biting, and these are the behaviors that we see that are the result of the declawing procedure," Shapiro said. "So, we're not going to see any kind of a mass surrender to shelters."

"I think it's a good thing," Stevens said. "I think that there's a culture of knee-jerk reaction where clients are uninformed, and just request the surgery."

Stevens says his office only does one or two declaws a year.

"When I started in this career twenty years ago, it just happened," he said. "It was just something that was going to happen. You got your cat spayed, and oh at the same time, we'll declaw your cat at the same time."

Stevens realizes that not everyone agrees with the ban.

"I think there will be people that are going to be making choices between their furniture and their cats," he said. "Obviously as a veterinarian, I'm siding with the cats."

Veterinarians who declaw cats in New York State now face a fine of up to $1,000. The only exception is if the cat needs it done to address a medical condition that's hurting the cat's health.