NYS lawmakers want Tesla to stick with a job commitment

New York State spent $750 million to build and equip a facility and then turn it over Solar City then Tesla/Panasonic. 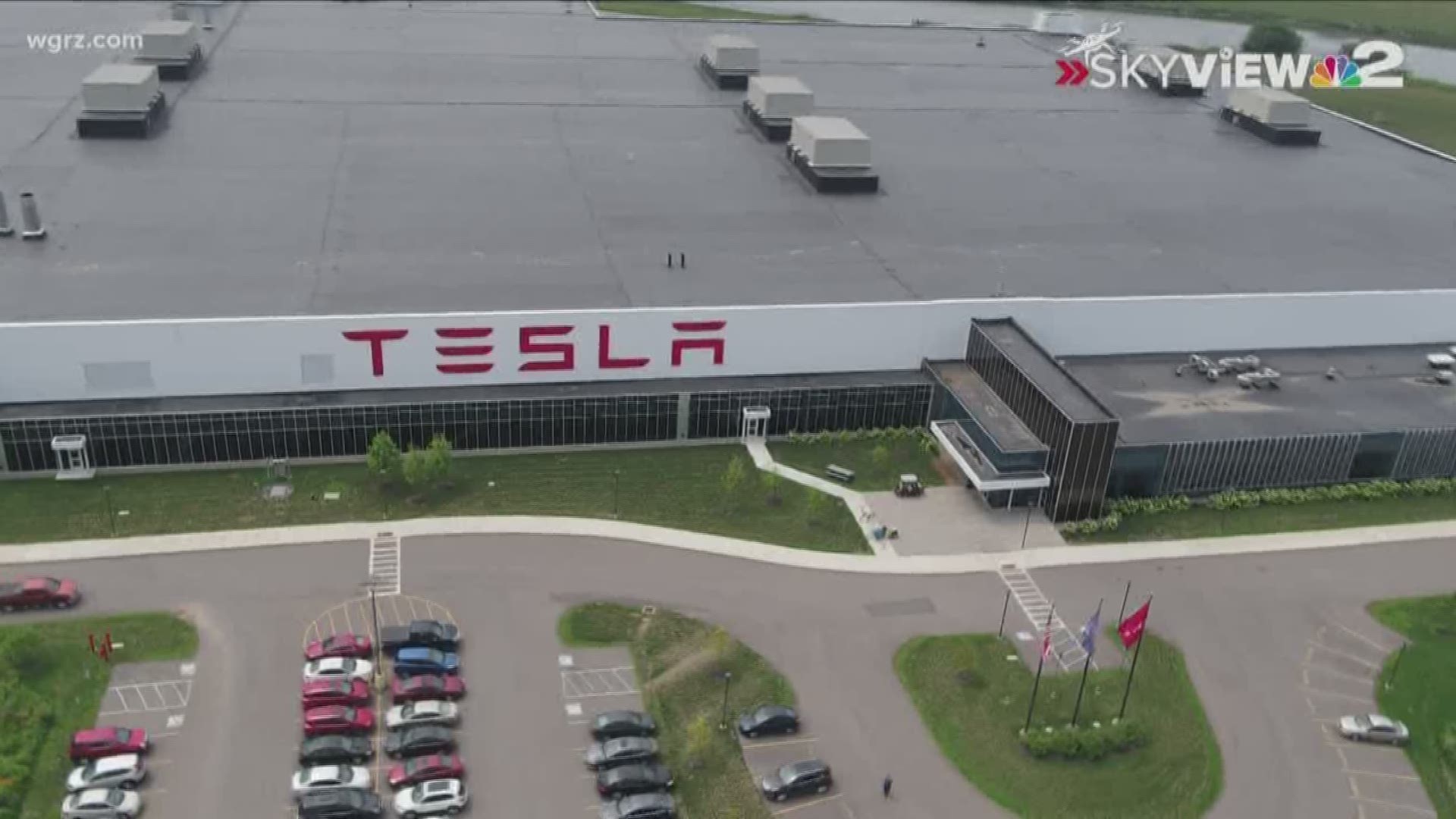 BUFFALO, N.Y. — "I do not know what is in the mind of Elon Musk, I certainly hope they meet the goal," said New York State Assemblyman Robin Schimminger. Tesla has until April 2020 to have 1,460 people working at RiverBend.

"The state of New York spent $750 million dollars, that is three quarters of a billion dollars to build and equip a facility and then turn it over to the occupant which was first Solar City then Tesla, Panasonic and charge them $1 r per year for rent, such a deal for them " said Schimminger.

"I was infuriated that Tesla's recent nationwide cuts impacted employees in Buffalo. Moving forward, Tesla's first employment numbers must be reported to the state in April and I am expecting that they will, as they have publicly pledged, meet or exceed their contractually-required employment levels. If they fail to do so, I have every confidence that the state will enforce their legally-binding agreement with Tesla and impose any and all penalties that would be appropriate. This has been a significant investment by Empire State Development and I expect to see results for Buffalo and Western New York's workers."

In April of 2019, the RiverBend complex must have 500 jobs and state officials say that has already been exceeded.

Empire State Development released the following statement to 2 On Your Side:

“We have two of the leading clean energy companies in the world in Buffalo at the Riverbend facility. Tesla produces its innovative solar roof tiles ‎largely for development and testing with the goal of full-scale launch in the future. Panasonic is now the largest producer and employer at Riverbend with a customer base independent of Tesla.  Through ongoing visits and active work with Tesla and Panasonic, the state  believes they will meet their employment goals.”