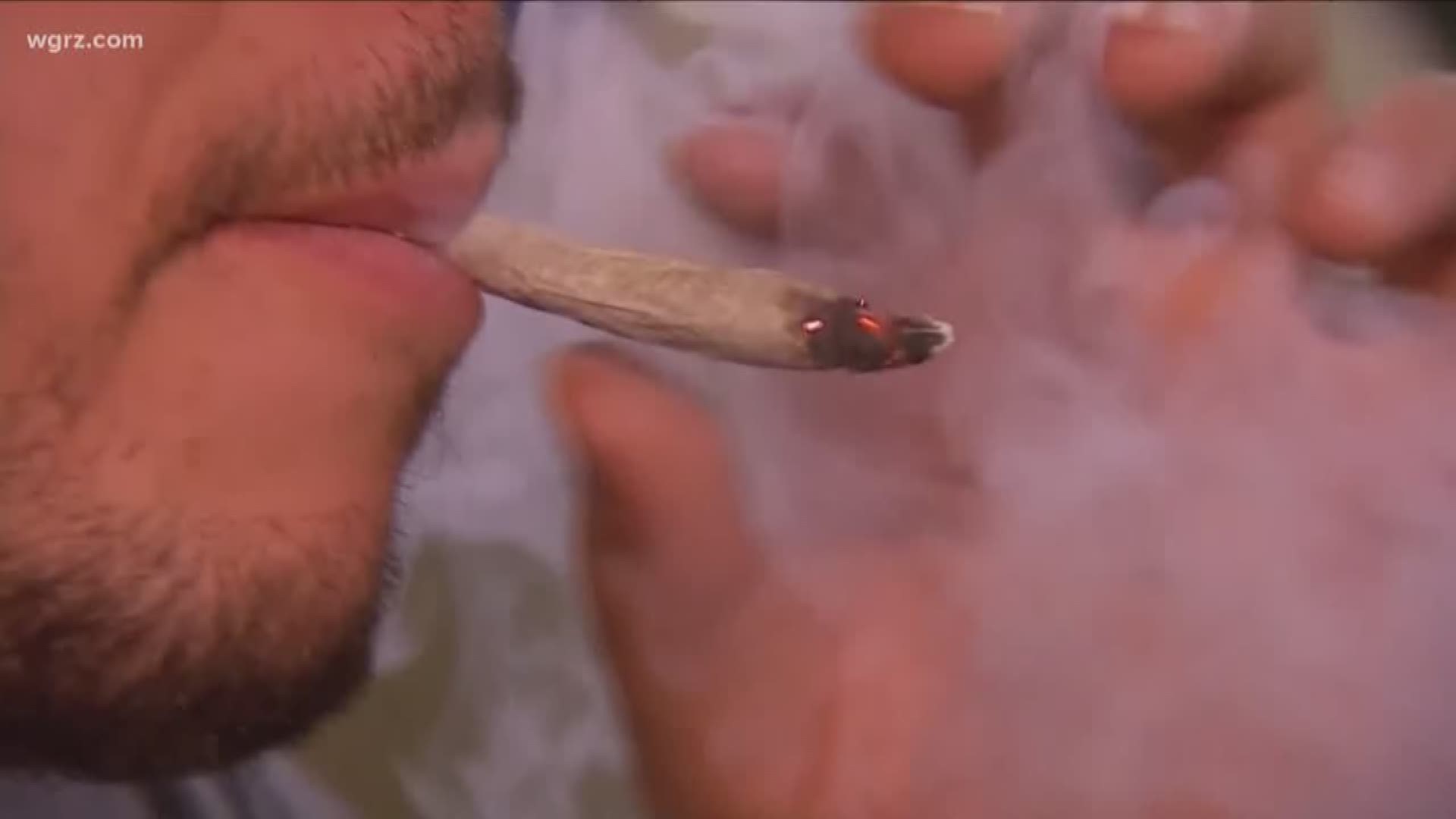 BUFFALO, N.Y. -- The New York Post is reporting that state Democrats will endorse the legalization of recreational marijuana at their convention Wednesday.

It's something several lawmakers on the left support, but at least one local Republican says more research is needed.

52 percent of New York's registered voters support legalizing recreational marijuana according to a Siena poll released last month. And, Governor Andrew Cuomo said last week results of a study he called for on the legalization of marijuana are expected to be released "shortly."

While Democrats appear to be ready to endorse pot, many Republicans say not so fast.

"Do you support the legalization of recreational marijuana?" 2 On Your Side’s Kelly Dudzik asked.

“I think we make a mistake if we make decisions for political reasons, and I just don't think at this point in time that there's enough research out there to support the legalization of it," State Senator Patrick Gallivan said.

Gallivan thinks lawmakers should make a decision based on scientific research.

"I think given the fact that a lot of the people in the public do support it, given the fact that it is out there as an issue with other states legalizing it, I think we've got an obligation to take a look at it, but to do it in a thoughtful way," Gallivan said.

Assemblywoman Crystal Peoples-Stokes told our Claudine Ewing three months ago that she thinks marijuana should be legalized, taxed, and regulated in New York.

"I'm not the person who thinks people should use marijuana, but I know that they do, and because they do, they're going to go to where it is legal. Quite frankly, those are dollars that are walking out the door," Peoples-Stokes said.

Earlier this month, our Steve Brown reported from Colorado, where pot is legal, and found that if New York taxed marijuana in a similar way, the state could theoretically raise $874-million in revenue a year. That’s about one-half of one-percent of this year's state budget.

Even if Democrats do endorse legalizing recreational marijuana, Gallivan says he doubts they'd have enough votes in the Senate to make it legal this year.

2 On Your Side contacted several of the Democrats serving Western New York in the legislature Tuesday to see whether they support legalizing recreational marijuana. We either didn't hear back, or their communications staff wasn't able to get a hold of them to see if they'd agree to an interview.