Lockport man faces up to 20 years for Sex Trafficking

Prosecutors say he preyed on women whom he got addicted to drugs, then coerced them into prostitution at – among other places- camps housing migrant workers on Western New York farms 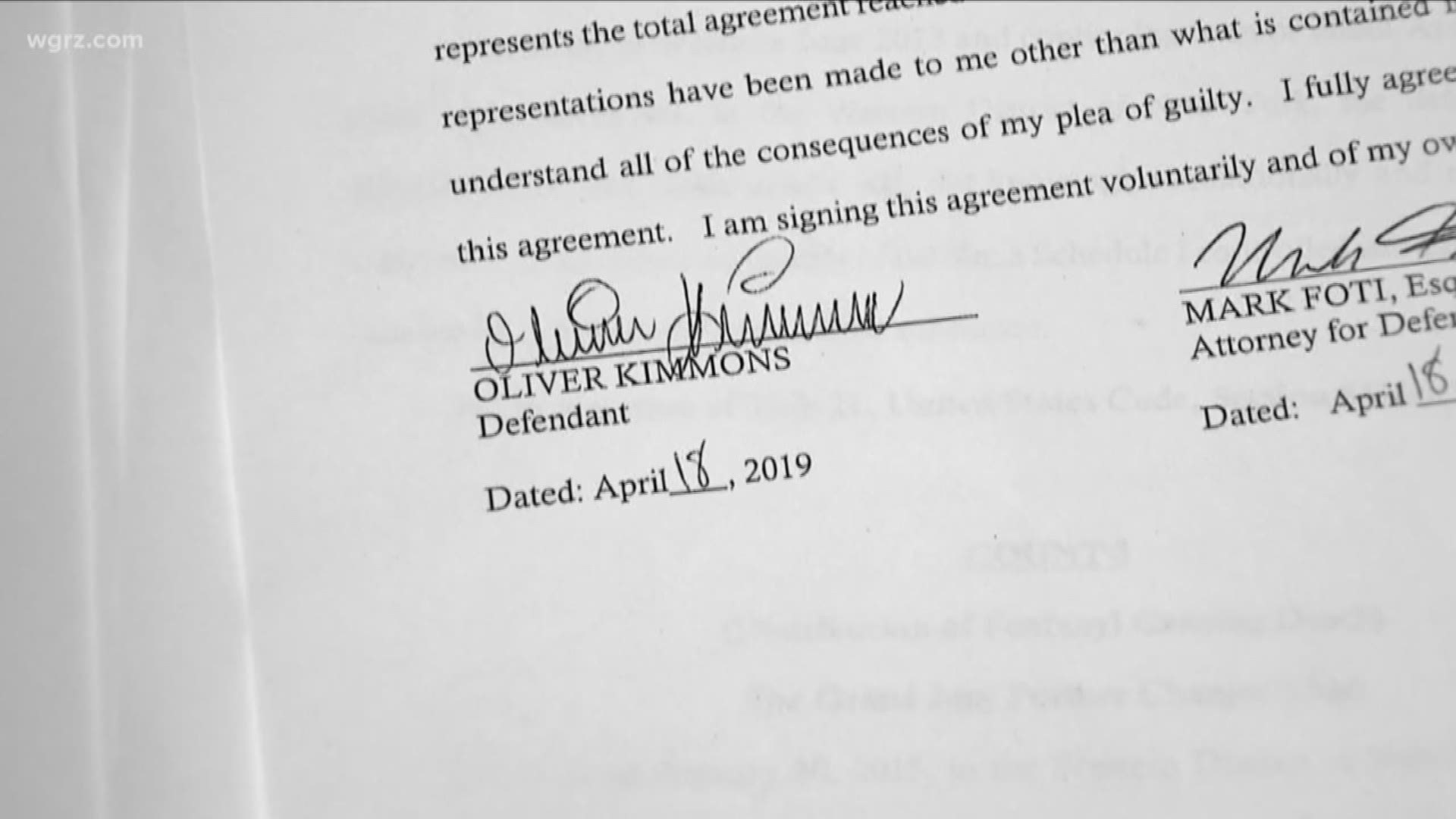 BUFFALO, N.Y. — A Niagara County man will spend the next 15 to 20 years in federal prison after pleading guilty to a single count of sex trafficking.

Oliver Kimmons, 51, of Lockport was named in superseding indictment filed just over a year in U.S. District Court in Buffalo.

He faced 15 counts charging him with distributing heroin, fentanyl, and cocaine as well as sex trafficking by force, fraud, and or coercion.

According to prosecutors, over the course of three years, Kimmons introduced five women to hard drugs, initially for free, but once they got hooked he would demand payment.

When they were unable to pay, he then forced them to engage in sex work at –among other places- camps housing migrant agricultural workers in rural parts of the region.

“They were basically being taken around to farms and other locations to engage in sexual activities with workers," said James P Kennedy Jr., the United States Attorney for Western New York.

“Mr. Kimmons was preying on and victimizing these women by essentially feeding them drugs and keeping them dope sick so they would continue to generate a profit for him,” Kennedy said.

In court papers, it was stated that “for each of the sex trafficking victims, the defendant used their addiction, their fear of suffering from opiate withdrawal, and his control over their access to heroin to force them into engaging in commercial sex acts for his benefit."

On Thursday Kimmons plead guilty to a single count of sex tracking to resolve all of the other charges he faced in exchange for a sentence of between 15 and 20 years.

Among the charges resolved was a count alleging that he distributed fentanyl which resulted in an overdose death, and which upon conviction could have landed him in prison for the rest of his life.

“As it turns out, there were some proof issues which developed as we prepared for the trial which resulted in us determining this plea would be in the best the of the government and the parties involved,” Kennedy said.

Kennedy indicted there were several issues impairing the ability to prove that particular count, including that the drug had passed through another person’s hands before it was taken by the decedent.

The reliability of that person as a witness, and establishing that it was the only factor which caused the death, also made it difficult to meet the burden of proof beyond a reasonable doubt needed to gain a conviction on that charge.

“We work with what we have and what we can prove,” said Kennedy. “The sentence of 15 to 20 years will also protect the community for an extended period of time and it will protect these women who were under his spell if you will.”

Moreover, the case brings forth a stark reminder of the power of addiction which, even if doesn't directly cause a loss of life, can result in a life’s ruination.

“When people are addicted to drugs their quality of life can be as abysmal as we've seen here with these women, who were doing things as a result of their illness and addiction that they otherwise would not do,” Kennedy said.