The concern is that the state would only fund the minimum number of sites rather than the larger amount that they had committed to funding. 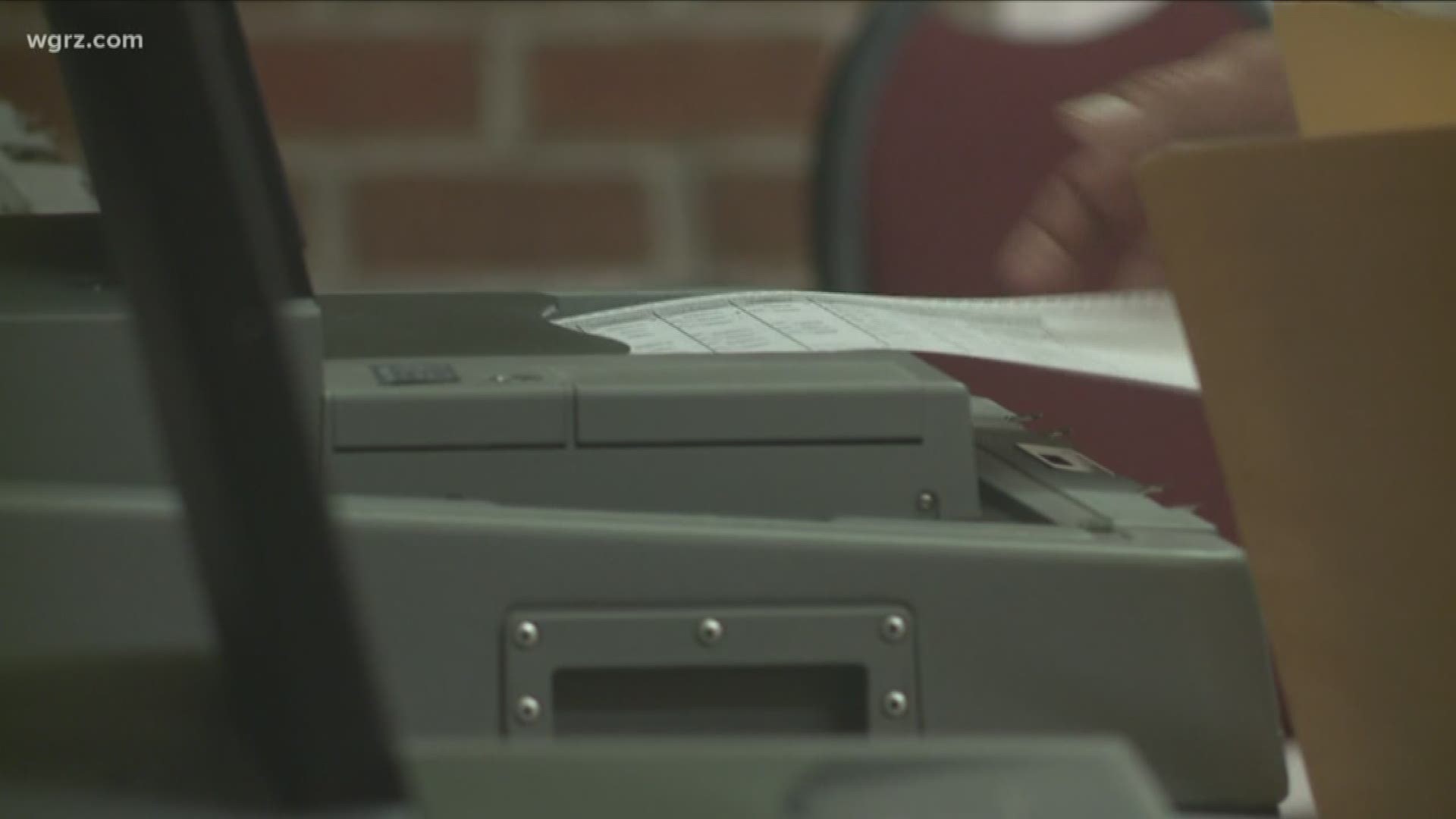 BUFFALO, N.Y. — New York's adding early voting for the first time this coming election and county leaders across the state are concerned that the money from Albany to help pay for it won't be there. The concern is that the state would only fund the minimum number of sites rather than the larger amount that they had committed to funding.

The Gannett Albany Bureau reports that the governor's administration plans to approve the full amount as early as this week.

"So I'm just calling on our New York State representatives, our New York State Government, and Gov. Andrew Cuomo's office to do what you said you were going to do which is fully fund early voting," said Erie County Executive Mark Poloncarz. "We want to give people the chance to vote. There's no excuse not to vote if we have a full early voting plan in place which is 37 sites. If we had to reduce it because funding isn't there, then we're sort of defeating the purpose of early voting."

Under the law, polling places will need to be open 10 days before any primary, general election or special election.

RELATED: Wednesday deadline for Democratic debate could spell doom for some candidates

RELATED: Analysis shows 12% could vote without paper backup in 2020