Effort to save USS The Sullivans surpasses $200K; developer Douglas Jemal donates, will host a fundraiser

The charismatic developer promised the new goal of $1 million to save USS The Sullivans would be met. 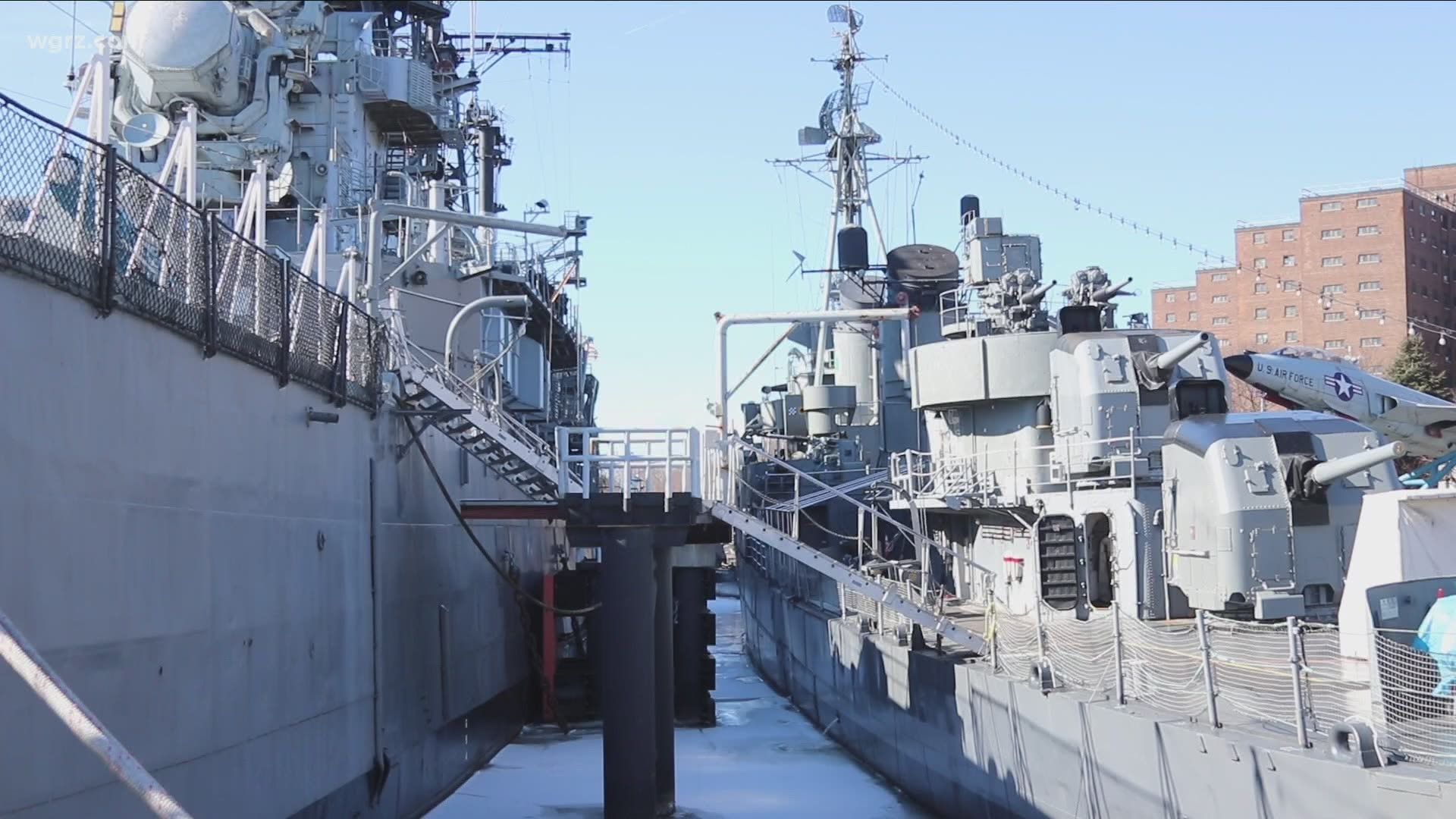 BUFFALO, N.Y. — Since it was reported that the historic Navy ship was taking on water in its hull, a community effort to raise money towards its repair has spread internationally.

"We've had donations come in from the United Kingdom and even Japan," said Paul Marzello, president and CEO of the Buffalo and Erie County Naval & Military Park.

The effort to save USS The Sullivans has surpassed $200,000 in just four days.

Over the weekend, West Herr Automotive Group committed $50,000 to the effort. Now, developer Douglas Jemal is getting involved.

Jemal, passionate for military history, cited this as the reason for getting involved.

I just spoke to officials at the Naval Park - the fundraiser to save The Sullivans has surpassed $200k and a new goal of $1M has been established.

Additionally, Douglas Jemal will be leading a big push for more donations by giving a “significant” donation of his own. @WGRZ pic.twitter.com/qjyiLzBcFU

How involved is Jemal getting? He had a joke for that at first.

"A buck three eighty as they say in Brooklyn," Jemal said.

"You have in Buffalo, a wonderful community that's why I'm here," Jemal said. "I'm sure the people in the community and the business community will come behind this and support this."

Jemal all but guaranteed it.

"There's no doubt in my mind, we will raise a million dollars," Jemal said. "That's an 8-ball, side pocket."

Officials with the naval park always knew the long-term fix for The Sullivans would cost a million dollars. That figure was determined after engineers did a study on the ship in 2018 and determined the thickness of the hull with lasers.

Marzello says a philanthropic initiative like this needs a charismatic leader to convince the public to donate.

"Anytime you have a campaign to raise this kind of money, it takes leadership, as somebody who says, I'm going to put down the first dollar and challenges everybody else to do the same--well, there's nobody else bigger in Buffalo right now than Douglas Jemal."

No word yet on when the event on The Sullivans will be allowed, or if the public health officials would even allow it given the current COVID-19 restrictions.

Marzello says work is expected to begin on USS The Sullivans once that $1 million goal is reached.