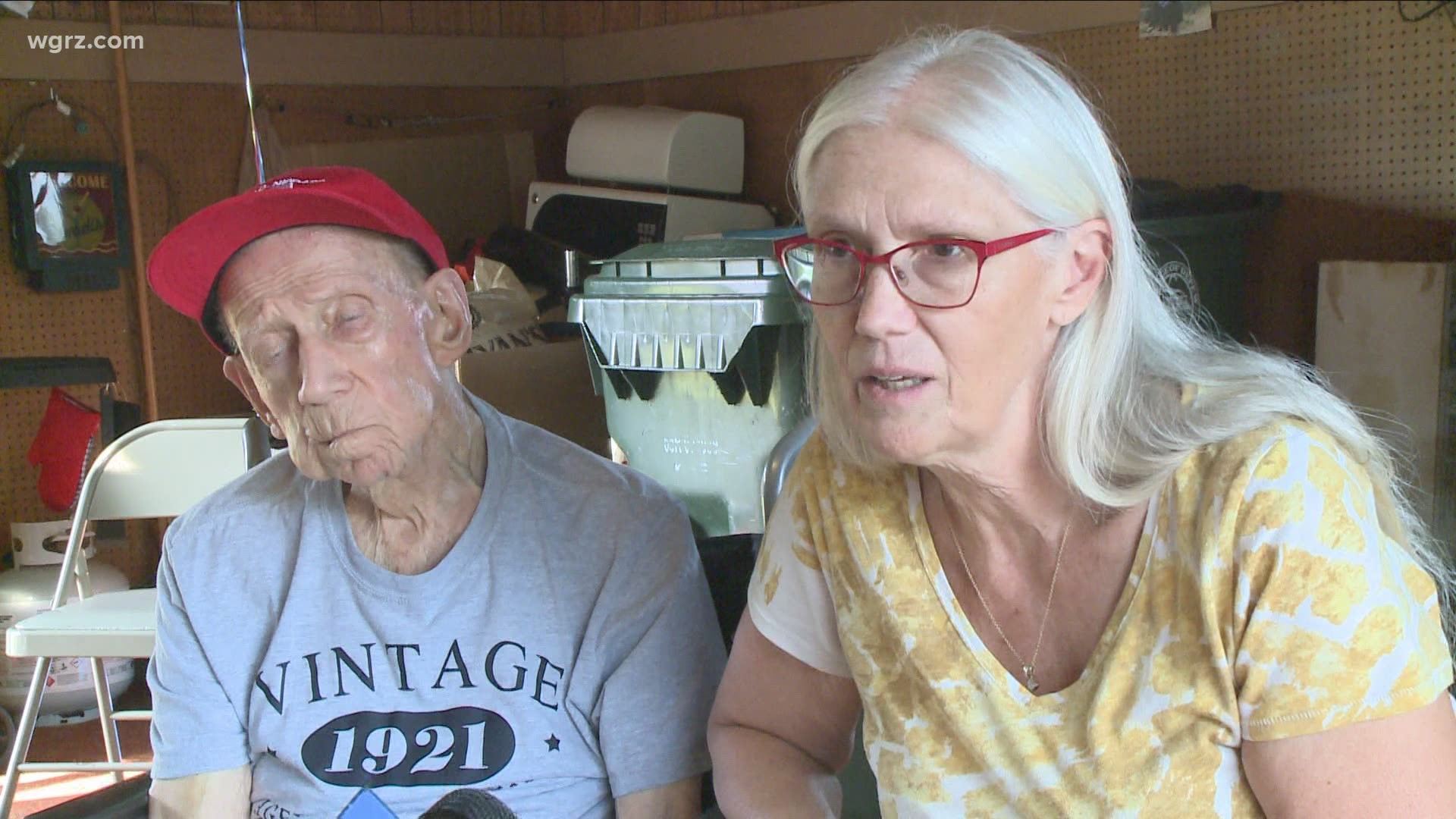 DEPEW, N.Y. — One-hundred years old is a milestone many of us can only hope to reach. Edward Kaczmarek of Depew is lucky enough to celebrate that birthday Wednesday.

"I'm glad I could make it," joked Kaczmarek, a WWII veteran.

Kaczmarek's daughter Sally Budik told 2 On Your Side he was a "radio gunner," and still regularly looks through the pictures taken during his service.

"They flew 51 missions there. So we're lucky that he came back," Budik said.

However, it's not just Kaczmarek's family celebrating the big 100. Tuesday night, dozens of community members took part in a birthday parade past Kaczmarek's house, including local firefighters and elected officials.

"It's refreshing to see him smile and actually just feel that he's loved and everyone's thinking of him. So to be here together like this. It was fantastic," said Erie County Legislator Frank Todaro.

Village of Depew Mayor Kevin Peterson added, "I think it's very important. People marking milestones such as this and having the community be a part of it. That's what makes the Village of Depew special, Small Town USA."

Kaczmarek's family members told 2 On Your Side the festivities will continue on his actual birthday, Wednesday, too. They said they're thankful to those who came out to show they care.

However, Budik said not just her dad, but all veterans should be recognized for their service.

"He's taught us a lot," said Budik, speaking about her father with tears in her eyes.

She added, "I'm just so happy to still have him with us."