A Buffalo Police officer accused of assault and official misconduct has been found not guilty. 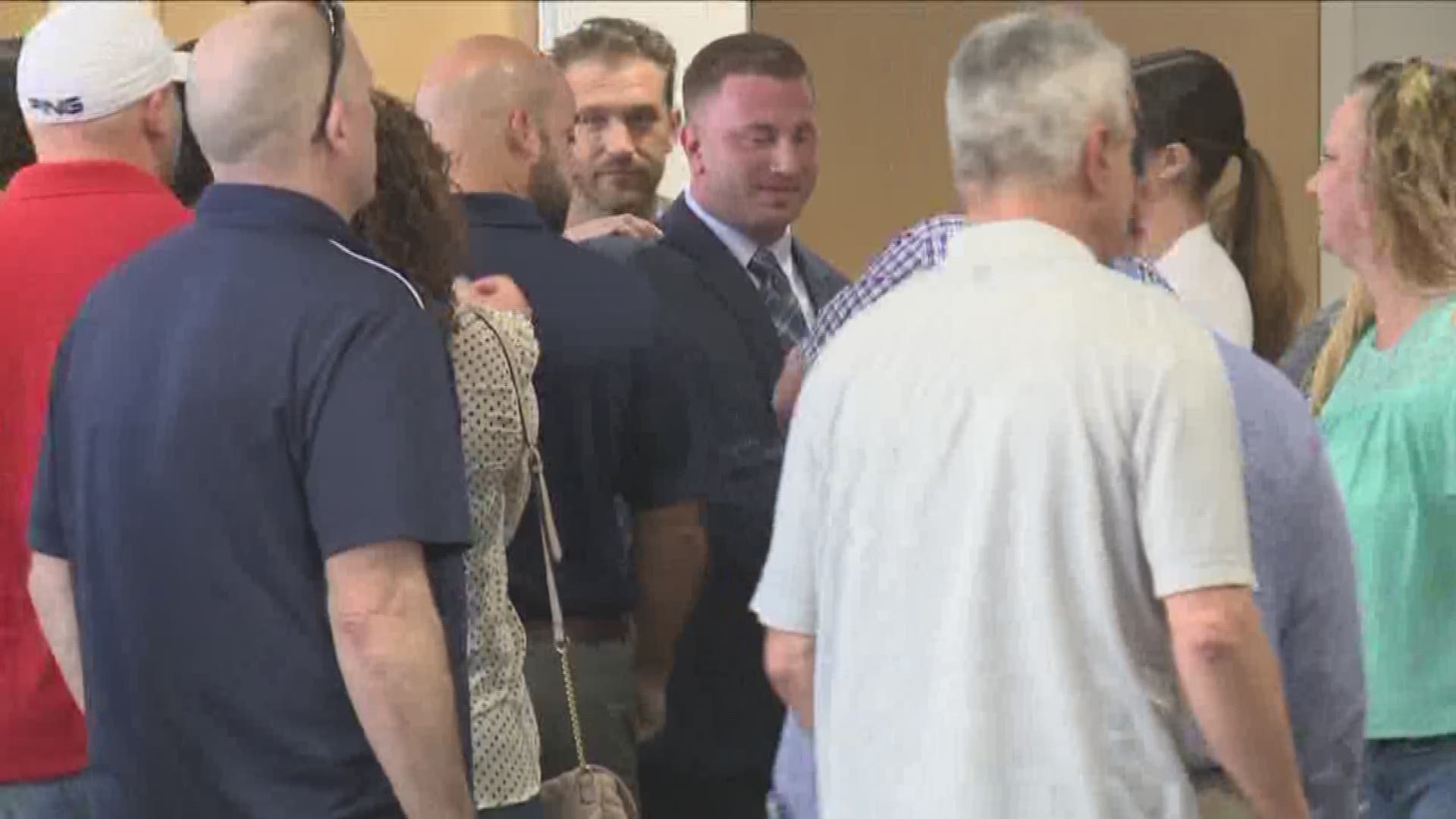 BUFFALO, NY - A Buffalo police officer accused of intentionally tripping a handcuffed prisoner was found not guilty of assault Thursday.

Officer Joseph Hassett was the officer charged for the incident that happened in March.

And Thursday, the attorney for Timothy Staton, shows Staton in handcuffs in Central Booking at Buffalo Police Headquarters.The defense claimed he was intentionally tripped by Officer Joseph Hassett, during a non-jury trial that lasted six days.

Hassett's attorney Timothy Hoover used the video and an expert witness about the technique used.

"Officer Hassett was properly trained, acted in accord with his training, and the result was the use of force which was very limited was reasonable," said Hoover.

The officer was charged with two misdemeanors assault and filing a false official statement.

"His defense to the assault charge was that it was a reasonable defense tactic maneuver to take the victim down because he some how felt threatened," said Erie County District Attorney John Flynn.

Hoover said, "We put on a strong case not just the video, an expert witness and our client testified for the defense. He was credible, believable, and again as we said from day one, he didn't do anything wrong. He's innocent."

And Judge Russell Buscaglia found the officer not guilty.

But Roland Cercone, Staton's civil attorney says, "Today's verdict does not preclude me from going forward or hinder our prosecution of a civil case. Quite frankly I'm just as confident today in what will be the outcome of the case. The video does speak for itself."

He says his 28-year-old client was searched twice before he was taken to central booking and searched again before a strip search.

"He has a small scar over his left eye when he was tripped to the floor and they brought him up he was bleeding profusely," said Cercone.

The verdict was greeted with cheers and high fives in and outside the courtroom from family and fellow officers.

Now Cercone is planning a civil suit against the city and police department.