Jim Graham had a story and he wanted the world to know it. 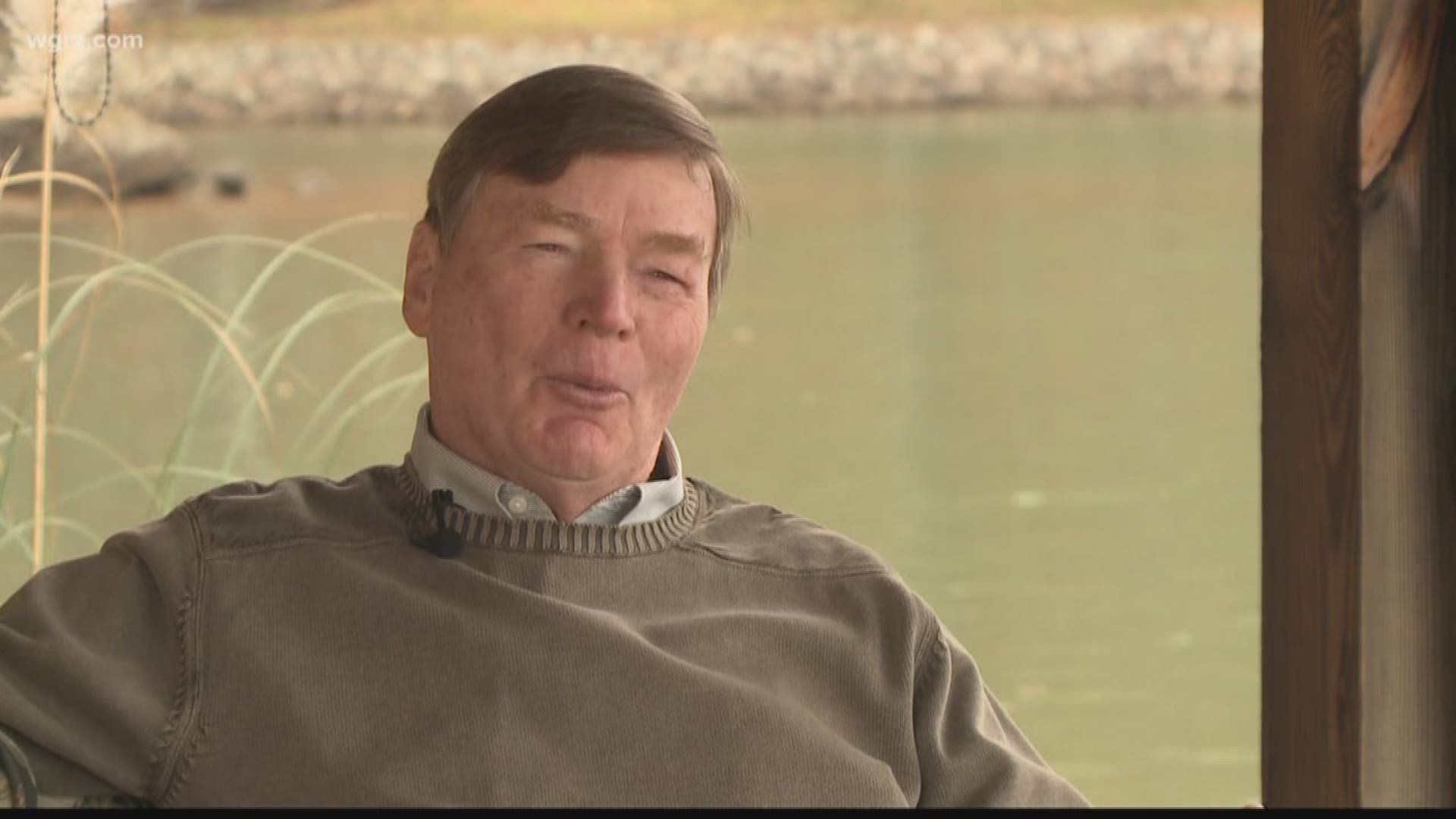 2 On Your Side's Steve Brown has been sharing his "Seeking a Confession" series all week about how a man, born in Buffalo in 1945, wants the Catholic Church to admit a priest is his biological father. You can watch the entire series here.

Among the artifacts and documents Jim Graham has dug up, one item is most prized.

It is a large, heavy crucifix. It belonged to Father Thomas P. Sullivan.

Graham claimed it at the Oblate Mission national headquarters in Washington. He told a priest there that he was a relative.

“It’s a piece of him. I knew this was bouncing off his chest for 59 years. It makes me feel close to him” says Graham.

But the accumulated treasures from almost a quarter-century of searching left him short of his goal: to get the Catholic Church to admit Father Sullivan was his parent.

Then, Graham saw the movie “Spotlight”, which told the story of the Boston Globe’s Pulitzer Prize winning investigation into widespread sexual abuse committed by priests. It gave Graham an idea.

“The first thing that happened is Jim Graham called me,” says Michael Rezendes, one of the Globe reporters who worked on the priest sex abuse scandal coverage.

Graham pitched his story to Rezendes. But there was a catch.

“I often tell people when they call me with stories that I generally don’t write stories about unfortunate things that happen to individuals,” says Rezendes.

So, no story about Graham. Then, Rezendes heard from a man living in Ireland, Vincent Doyle.

Doyle says he, too, is the son of a Catholic priest. As part of an outreach to others whose parents are Catholic clergy, Doyle started a website, Coping International. Data on visitors to the website shows the highest traffic comes from Ireland, the UK and the US.

Doyle believes leadership in the American Catholic Church is shirking its responsibility when it comes to the children of priests, “because if they open up there could be a huge amount of people coming forward.”

In Ireland, bishops there last year tackled the issue head-on, publishing its protocol for dealing with children of clergy. The policy states “the needs of the child should be given first consideration” and that priests who father children need to live up to their “personal, legal, moral and financial” responsibilities for that child.

The issue has surfaced in the United States as well. In 2012, Bishop Gabino Zavala resigned from the Los Angeles Diocese after it was discovered he was the father of two teenagers.

All of this and more was covered in a two-part Boston Globe series last August titled, “Father, my father.” Portions of the coverage was fueled by Jim Graham’s years of research.

“Documents that he gathered amounted to an overwhelming treasure trove of circumstantial evidence that suggested so very strongly that Father Sullivan was his father.”