Since his re-election campaign last year, Kennedy has collected $377,000. 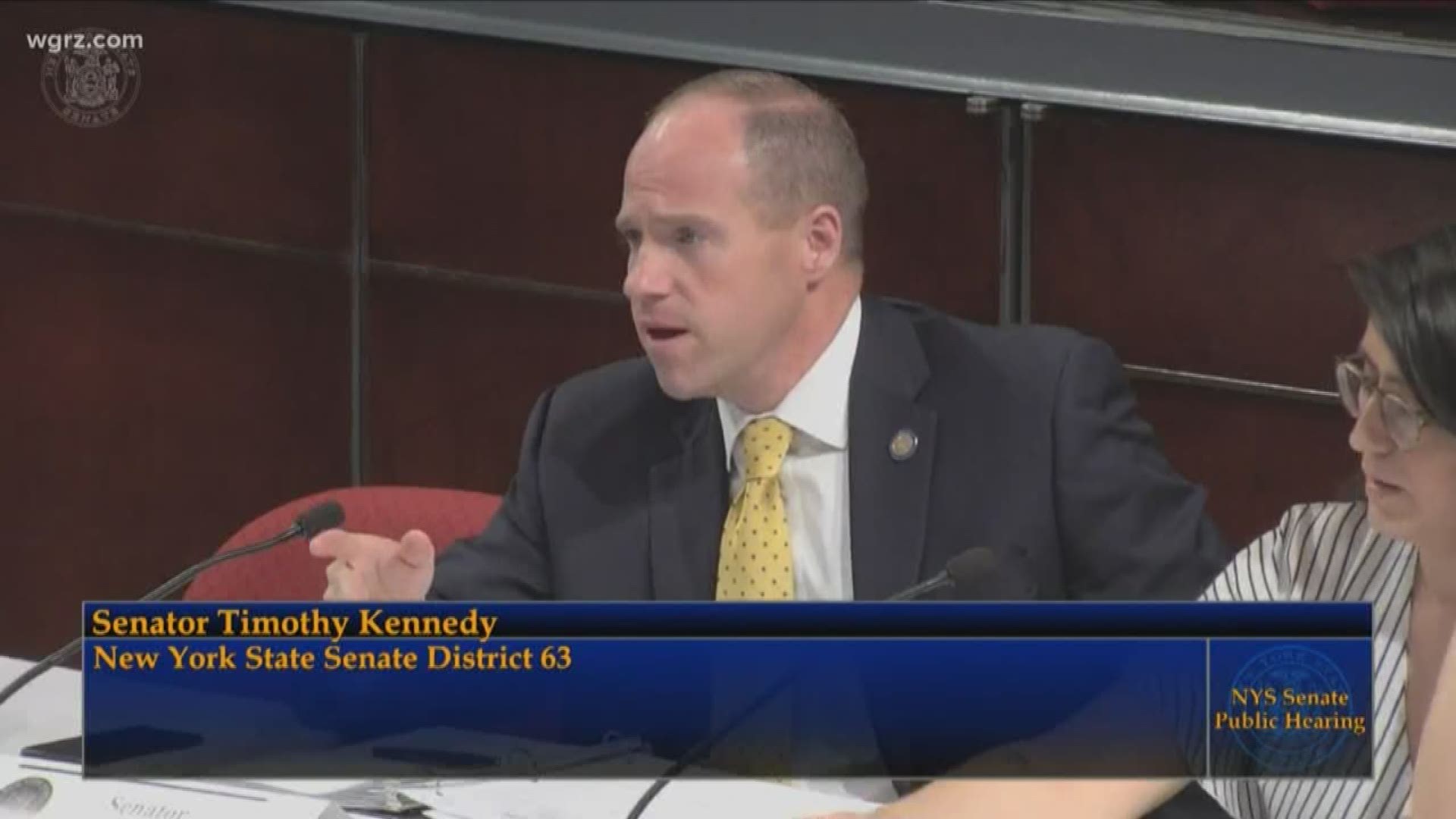 BUFFALO, N.Y. — Facing an election every two years, there is never an off-season for fundraising for members of the state legislature.

And State Senator Tim Kennedy, who's always been good at raising money for campaigns, is off to a flying start for the 2020 election cycle. Since his victorious re-election campaign last year, Kennedy has collected $377,000.

That easily outpaces every other state lawmaker from WNY. Assembly Majority Leader Crystal Peoples-Stokes was next highest with a $58,000 increase in her campaign committee's cash-on-hand total.

What accounts for Kennedy's fundraising surge? After he and his fellow Democrats took over the majority in the State Senate, Kennedy was named chairman of the powerful Transportation Committee.

The panel has oversight on a broad array of state spending including lucrative infrastructure projects. Among the successes Kennedy points to for WNY is $100,000 in this year's state budget for the NFTA's light-rail system.

Among Kennedy's recent donors is James Ninety West LLC, connected to a NYC real estate investment firm. The limited liability company donated $11,000 to the state senator from Buffalo. Another developer Douglas Jamel, who is now spearheading two huge Buffalo area projects in One Seneca Tower and the Boulevard Mall, gave Kennedy $5,000 in a corporate donation.

Do donors get faster, better access to the Senator? Kennedy says, no.

"Regardless of whether someone has ever given me money or not, I listen to people," says Kennedy. He adds donors don't get to "cut the line" to talk with him.

Below are the cash-on-hand totals for every WNY lawmaker in the state legislature.