Organizers hope to send a message to the governor to consider opening up Western New York, even if coronavirus continues to rage downstate. 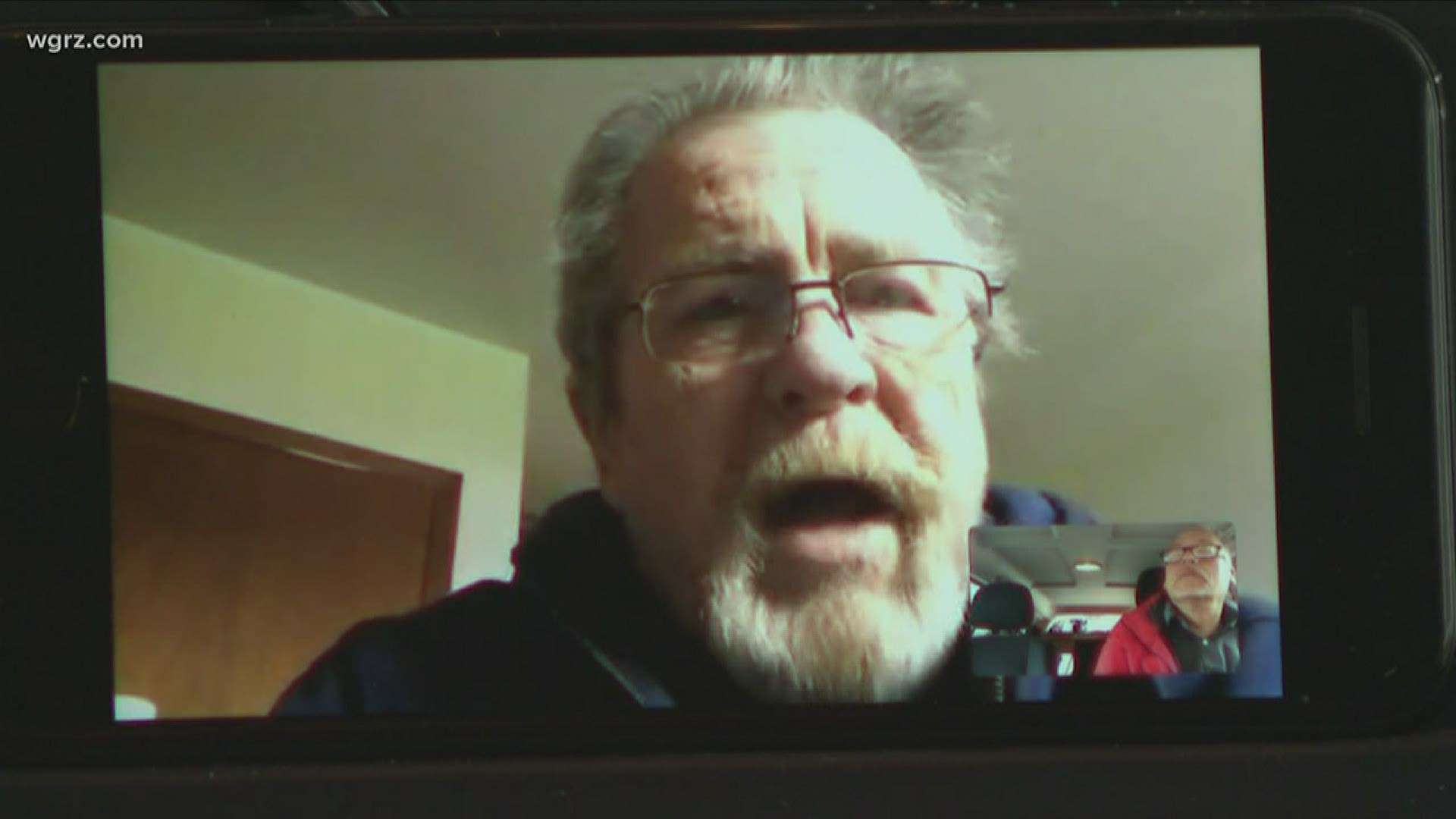 BUFFALO, N.Y. — A protest is being organized for Monday at Niagara Square, by those who want to send a message to New York Gov. Andrew M. Cuomo regarding his strict preventive measures of the state.

They hope he might relax the order for areas where the coronavirus pandemic isn’t as severe, and they plan on doing it while maintaining social distancing.

"It's time to let us back to work and get the economy going in Western New York!" protest organizer Rus Thompson exclaimed.

Frustration over Cuomo's decision to continue the PAUSE order for another month, in a move he believes could further stem the tide of the coronavirus outbreak, is growing among those who plan to take to Niagara Square with their cars in what Thompson describes as a “rolling protest.”

Cuomo’s decision has resulted in an economic collapse across the state and has sent millions of workers who had jobs over a month ago to the unemployment line.

“If you want to blame me for that, then go ahead,” Cuomo has repeatedly stated, defending his stance in which he says is rooted in protecting the health of the public.

“We are not New York City, where people live on top of each other,” said Thompson, referring to the place which now has the dubious distinction of being the epicenter of the outbreak in the United States, and is more than a six-hour drive from Buffalo.

“Lockdown New York City if you must, but not the rest of us,” Thompson told WGRZ-TV.

While Cuomo has said there could be some consideration given to opening certain areas of the state before others, he has also expressed concern over doing so, fearing that it might cause people from an area still under lockdown to flock to others that are open.

Thompson says the protest is modeled after a similar one held in Michigan recently, another state with strict preventive measures.

“I already talked to Buffalo Police Department, and the only thing they wanted to know is if we were planning to congregate physically in the square. I told them no, we would be driving and staying in our cars, wearing masks, and being socially responsible,” Thompson said.

“They didn’t seem to have a problem with that, as long as we keep moving and yield to any emergency vehicles, which we will.”

Thompson said police also wanted to know if he expected any counter protesters.

“I don’t think there will be,” said Thompson, reasoning that counter-protesters would be those who support the concept of continuing the PAUSE order and staying indoors.

“If that’s what they believe, then logically speaking, why would they then come out here?” he asked.

RELATED: Approach to lift coronavirus shut down in New York State remains on the side of caution