NYSDOH: Some WNYers have been missing second vaccine appointments

A spokesperson for NYSDOH said less than 5% of Western New Yorkers who have received their first dose are more than three days overdue for their second one. 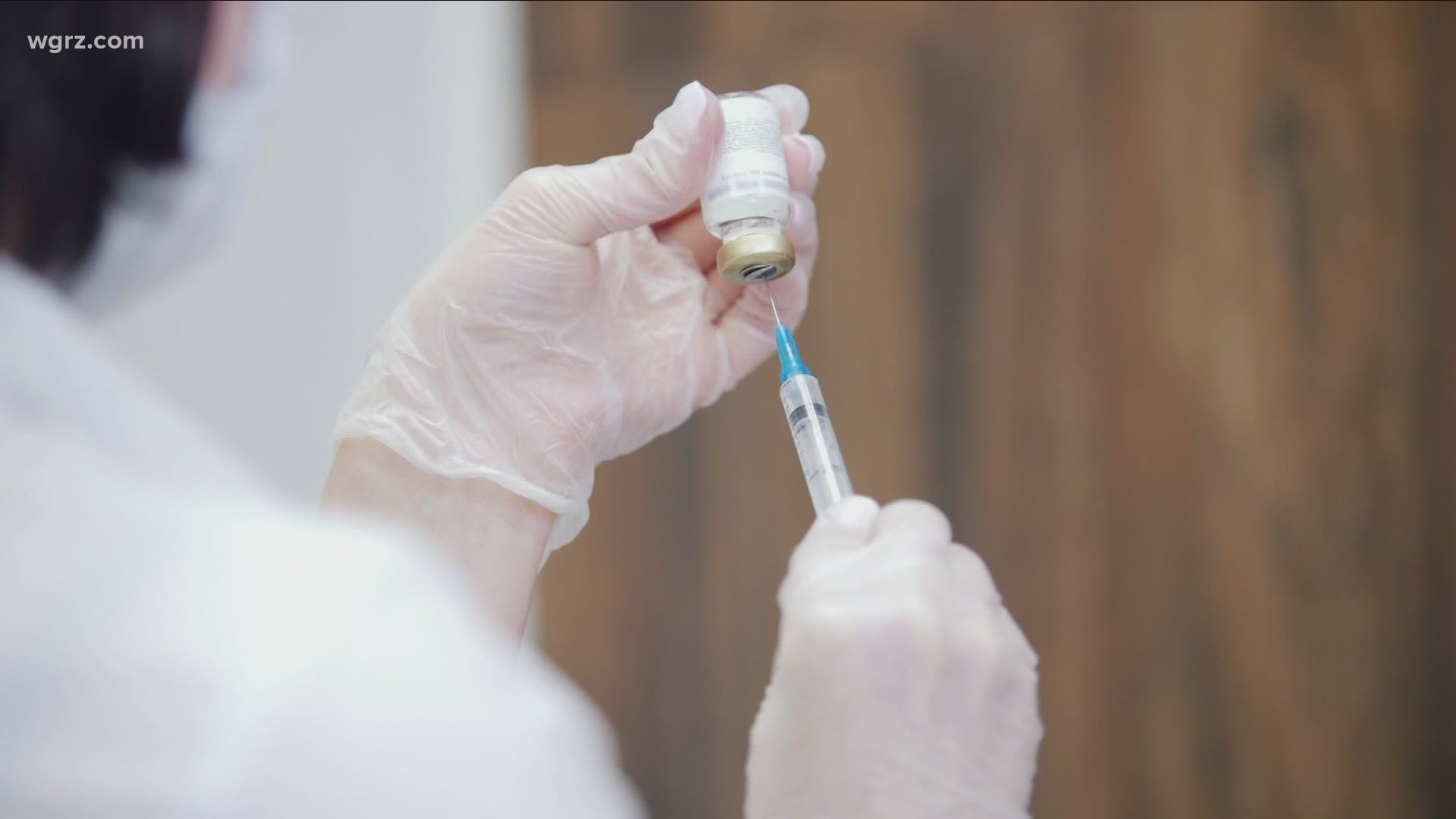 BUFFALO, N.Y. — As many people continue their efforts to schedule their first vaccination appointment, New York State Department of Health officials say some Western New Yorkers have been missing their appointments for their second shot.

Both the Pfizer and Moderna vaccines require two shots to be fully vaccinated and are recommended to be administered within three or four weeks of each other.

A spokesperson for the NYSDOH said less than 5% of Western New Yorkers who have received their first dose are more than three days overdue for their second one.

“Our goal is to put shots in arms as quickly and efficiently as possible, and less than 5% of Western New Yorkers who have received their first dose are more than three days overdue for their second shot — which is well within the acceptable timeframe for effectiveness," said NYSDOH spokesperson Jeffrey Hammond. "Everyone who receives a first dose at a state-run site receives a reminder email 24 hours before their second dose appointment, and as stated in our guidance, providers must schedule the second dose during the first dose appointment.”

Hammond said second dose appointments will be booked at the site where you receive your first shot. If someone misses their appointment for a second shot at a state-run site, they should contact the call center and reschedule their appointment.

An Erie County Department of Health spokesperson said they are noticing people missing their second appointment, workers have been calling those people to reschedule them.

93% of first doses allocated to NYS health care distribution sites have been administered as of 11am today.

Some people told the ECDOH they missed their appointment because the time or date wasn't convenient or because they simply forgot the appointment; some others stressed concerns about feeling side effects.

Public health experts have stressed the importance of people getting both vaccine shots.

"The second shot increases the longevity of the effectiveness of the vaccine or what we call durability," said UB's Chief of Infectious Disease Dr. Thomas Russo. "The second shot is a booster shot and the protection will undoubtedly last much much longer."

During a conference call with reporters on February 9, Governor Andrew Cuomo said the unused dose from a no-show second dose appointment will be held for a certain number of days.

"If someone doesn't come back on day 21 or day 28, you must hold the vaccine for them until day 42," Cuomo said. "After day 42, you could use that dose for someone else … But if that person comes back for the second dose, whenever they come back, you have to find a second dose for that person, even if it's after 42 days."

Niagara County Commissioner of Health Dan Stapleton told 2 On Your Side that the Niagara County Department of Health is not seeing a problem with people missing second dose appointments.