Will masks be required for indoor classrooms in summer school and September?

School superintendents are trying to determine if masks will be required for a new school year. For now, the state still requires masks for indoor classrooms. 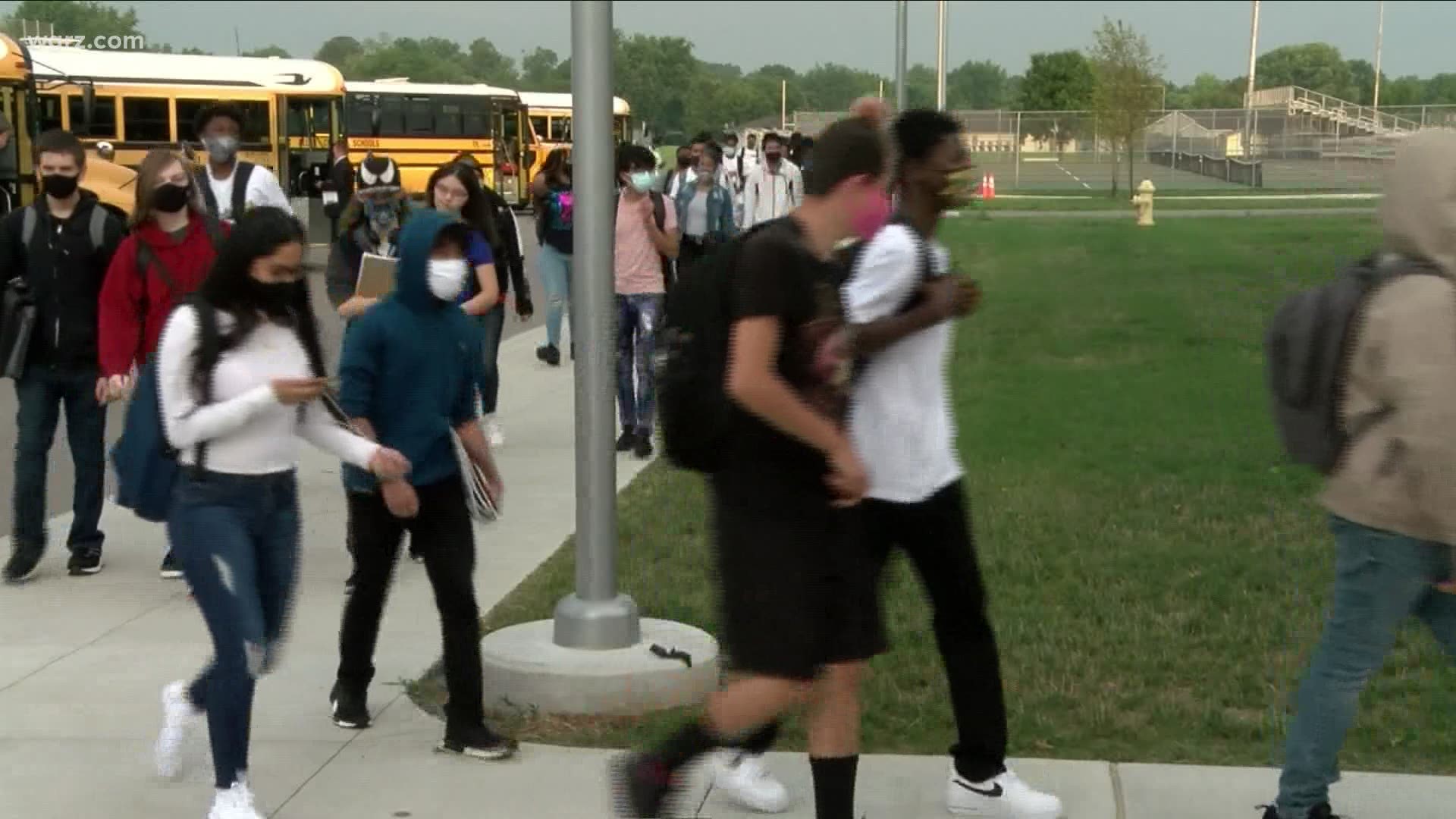 HAMBURG, N.Y. — As summer school has started or will soon start in some local school districts, masks are still required for inside classrooms as per the state.

But school superintendents are trying to determine now if that will also be the case for a new school year in September, and it raises the larger issue of whether there should be a return to more local control as COVID cases have waned.

With the background of a new court case filed by parents against the state health department over any inside mask mandate for students, five new school superintendents are starting this week here in Erie County. And they, like their counterparts in other Western New York districts, will wait to hear what Albany decides for the new school year which starts again two months from now.

The confusion lingers from June as Gov. Andrew Cuomo announced restrictions were lifted for most elements of our lives, but schools are still subject to the state agencies on the masking subject.

Some schools, like the Pioneer District in Cattaraugus County, tried to make it optional, but others who did likewise, like Massapequa District on Long Island, were forced to reinstate masking after what they said was a warning call of potential state sanctions and funding cuts from the governor's office.

However, now as the Hamburg School District prepares for summer school to start in two weeks, it is actively reviewing the state's policy directive for masks.

Superintendent Michael Cornell told 2 On Your Side, "We're talking to our attorneys about whether or not that guidance continues to be in effect, or ceases to be in effect, now that the school year for which it was promulgated is over."

And while the Niagara Falls school district has kept the masking rule in place for its summer school classes, which began in the middle school on Monday, Superintendent Mark Laurrie is also questioning rigid state control for COVID policies.

The Erie Niagara School Superintendent's Association is still waiting for a state education department reply to its May 24 letter seeking clarity on September school reopening now to avoid any repeat of the scramble with remote and hybrid classes seen last year.

But once again, overall, Cornell in Hamburg sums it up this way:

"It's a question of local control over state control, maybe more specifically a question about what will the state's guidance for September, say? You know, I think maybe the right question is why do we need guidance in September? I think that's a question that should be asked."

And Cornell points out even some state lawmakers have made that point about any real need for guidance going forward. But it remains to be seen what the State Health Department and State Education Department will actually do.

The New York State Department of Education has not responded to our request for comment so far.