Legette-Jack has been coaching for 30 years, starting in high school and then to college. 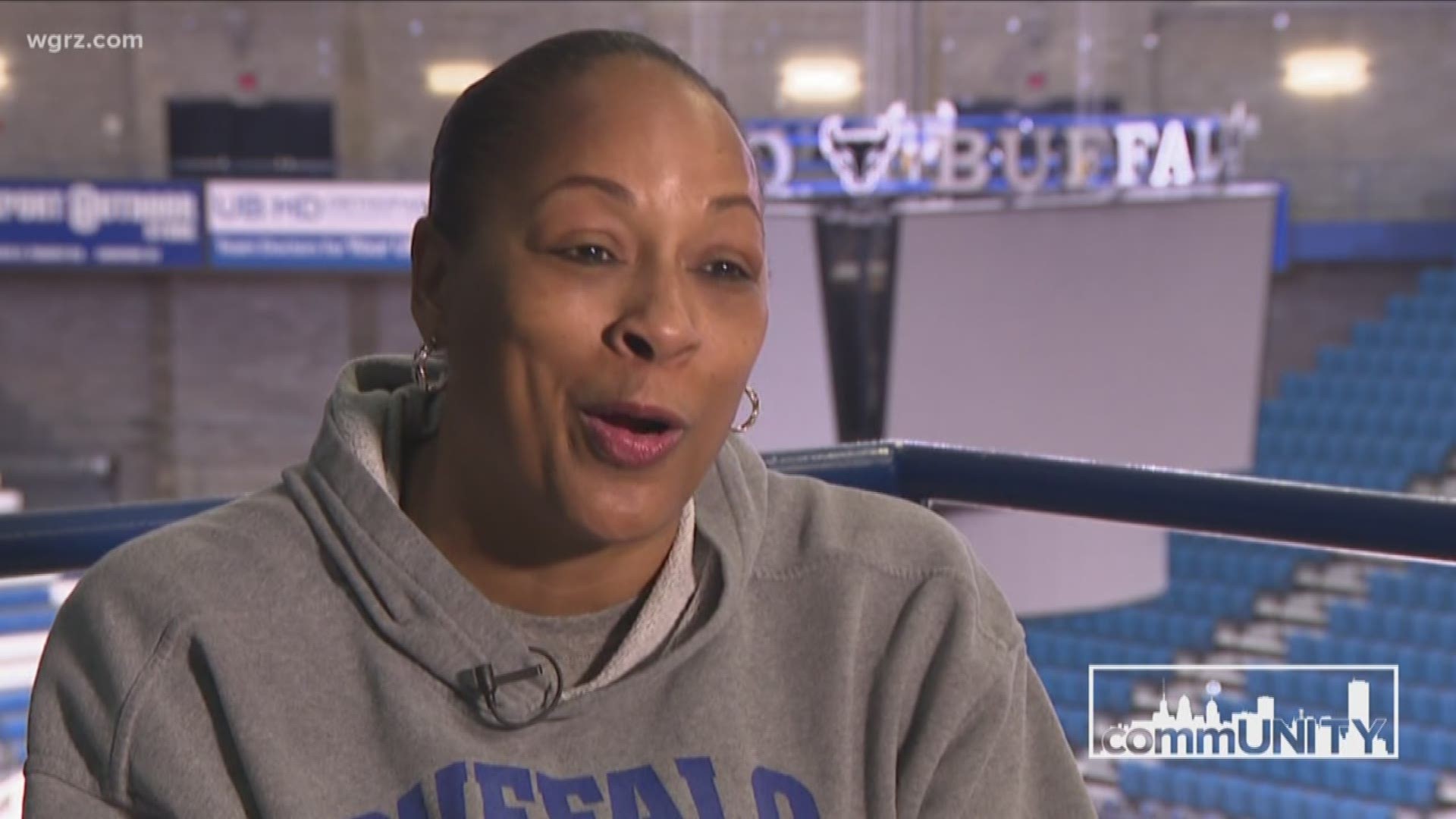 BUFFALO, N.Y. — commUNITY's Claudine Ewing sat down with University at Buffalo women's basketball coach Felisha Legette-Jack at the start of what would be UB's last game of the season in the NCAA tournament against UConn.

Felisha Legette-Jack is from Syracuse the youngest of five. All of her brothers and sisters played basketball.

"I was the shyest person you'd ever want to meet. my brother said why don't you do something with yourself. I saw what he did and then I just started playing basketball and it became something that was natural, something I was good at and I just stuck with it."

Felisha stayed in her hometown and played for Syracuse University.

"My guidance counselor shared with me that I shouldn't go to Syracuse because everyone didn't look like me or were like me and I would ultimately quit. And I talked to my mom and my mom said you've earned the right to go Syracuse, even if you fail, you've earned that right."

She went and graduated with not one, but two degrees and on the court, she won 1985 Big East Rookie of the Year honors.

She left as the all-time leading scorer and rebounder in Syracuse women's basketball program history - a record she held for over 20 years.

Legette-Jack has been coaching for 30 years, starting in high school and then to college.

Then after year 6 at Indiana, she was fired. "To be told I wasn't good enough was a real challenge for me."

But she got another shot at The University at Buffalo and it has been a highlight reel.

With UB she's won big and made it to the big dance twice.

"Failure isn't the end all, it's necessary. What evolves from failure is character."

You can watch the full episode of "commUNITY" on our YouTube page below.