Catholic Charities of Buffalo will phase out its foster care and adoption program because of New York State rules that bar discrimination against same-sex couples. 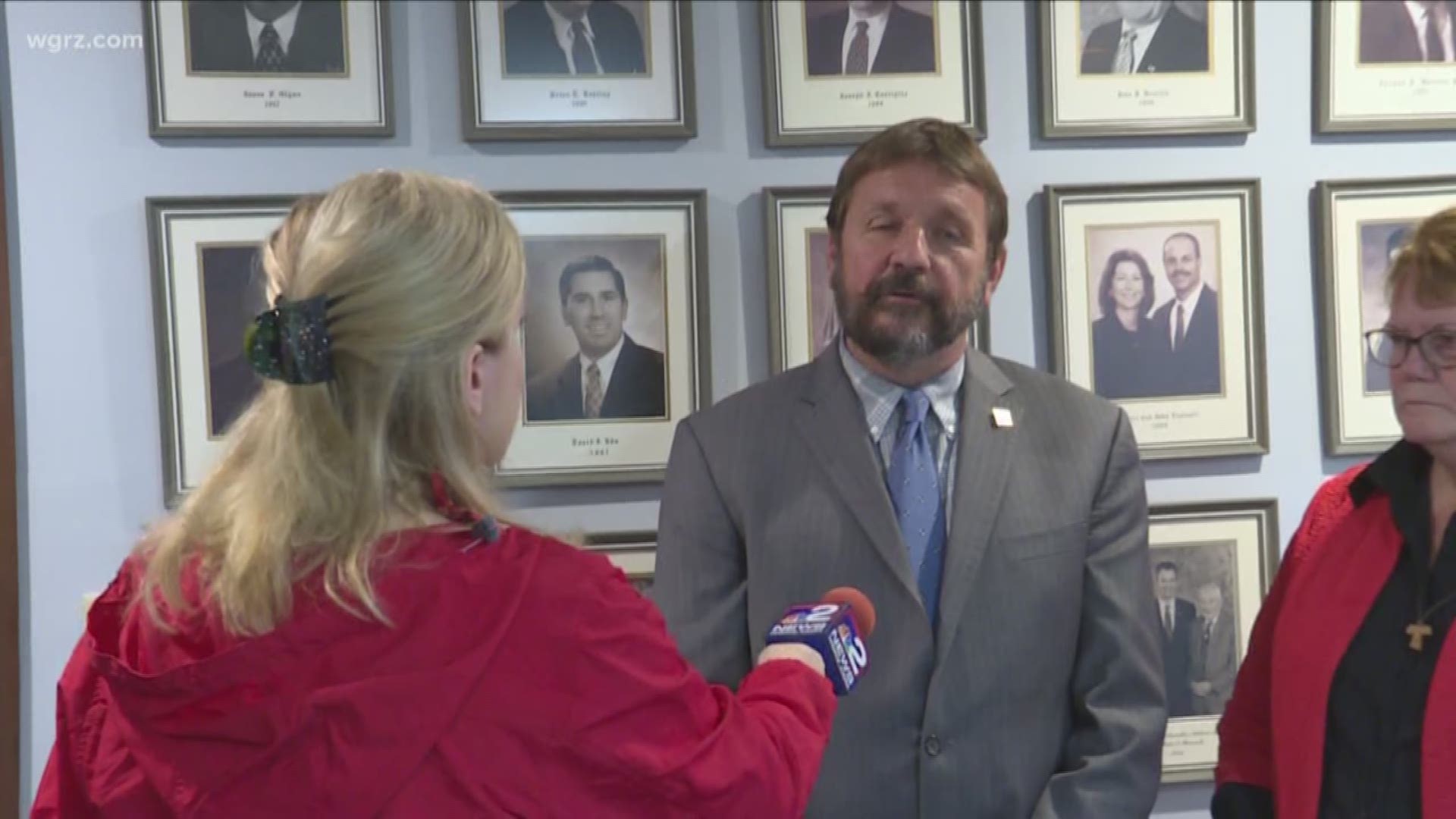 BUFFALO, N.Y. -- Catholic Charities of Buffalo will end its foster care and adoption services next year because of state regulations that bar discrimination against same-sex couple looking to either foster and/or adopt children.

Catholic Charities services are under contract with the Erie County Department of Social Services. That contract is set to expire in March of 2019.

According to a statement from the Catholic Charities, the program currently includes 55 certified foster homes with 34 children in care in 24 homes. The organization has helped facilitate an average of five adoptions a year.

2 On Your Side’s Kelly Dudzik had tough questions for the leaders of Catholic Charities Thursday night.

"What happens to the children who are in the program?" Dudzik asked.

"Every child that we have in our foster care program, we currently have 34 children involved living with 24 parents, they will remain intact with their homes," said Dennis Walczyk, Catholic Charities CEO.

"Why make the decision now because the Catholic Church has never recognized gay marriage, but the State of New York has for a while, so why make this decision now?" asked Dudzik.

"This time, the reason for now is that a gay couple came and asked to be certified as a foster and adoptive couple. And, as you just pointed out, there is, the Catholic Church does not recognize a marriage between two people of the same sex, so we were in an incontrovertible controversy between what the state is expecting that we would be without prejudice, foster and adopt with couples that are same sex and the Catholic Church teaching that this is not a marital couple and that a child is better served to be with a man and a woman who are married," said Sister Mary McCarrick, Catholic Charities Diocesan Director.

When we asked if this had anything to do with finances, we were told the only reason for phasing out the program was because that same-sex couple approached Catholic Charities to be adoptive parents. The children and families already in the program will be transitioned to other groups in Western New York that provide these same services.