Kaloyeros, who was entrusted by Gov. Andrew Cuomo to oversee upstate economic development projects, was convicted of three felonies. 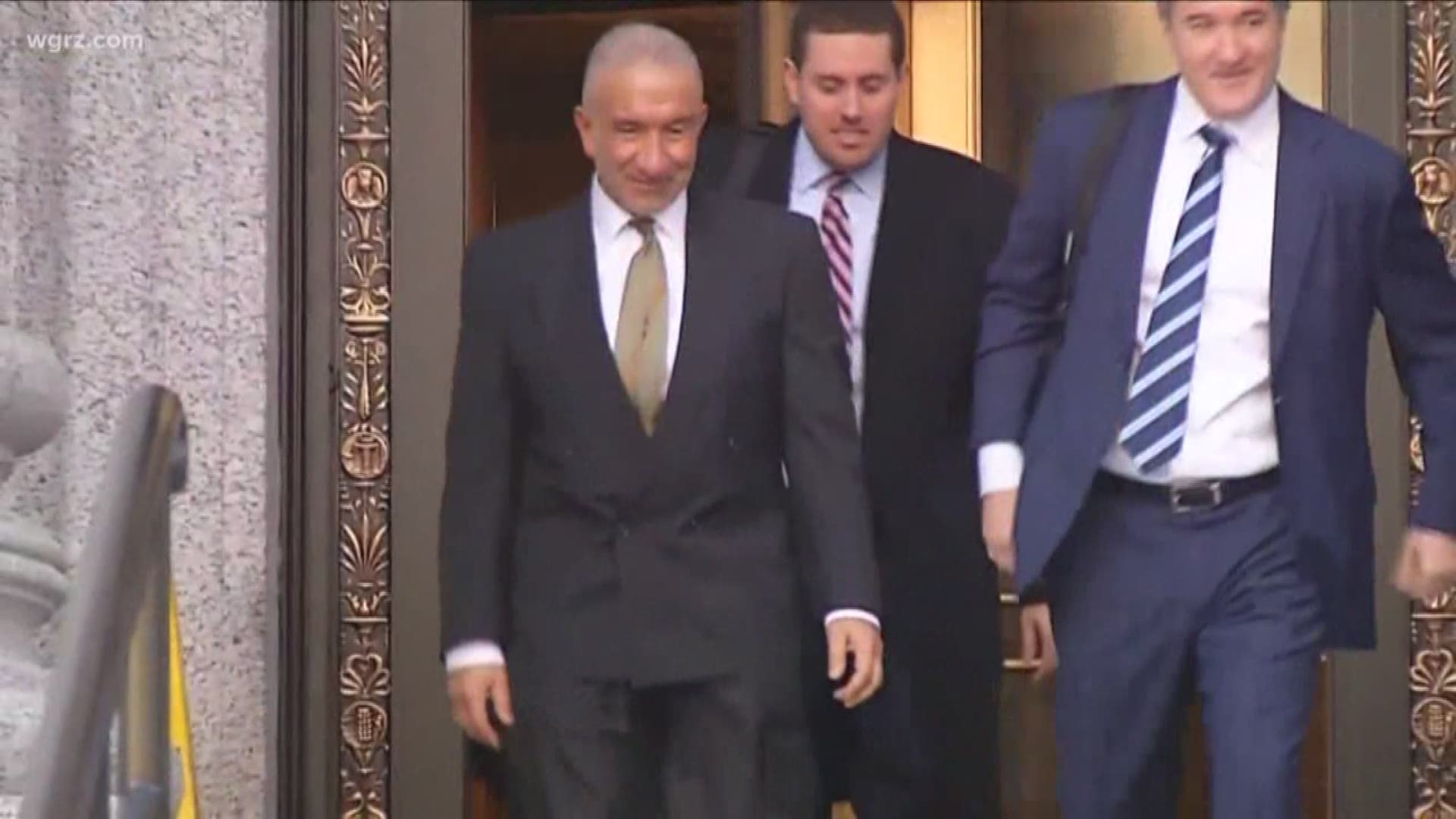 SUNY Polytechnic Institute founder Alain Kaloyeros was sentenced to 3 1/2 years in prison Tuesday after he was convicted earlier this year of steering more than $850 million worth of state-funded contracts to allies of Gov. Andrew Cuomo, according to multiple media reports.

The sentence from U.S. District Judge Valerie Caproni capped a stunning fall from grace for Kaloyeros, 62, whose efforts to expand nanotechnology and other high-tech industries in New York spanned five governors who often hailed him as a visionary.

It marked the latest sentence handed down in the scandal that marred Cuomo's "Buffalo Billion" program and led to the conviction or guilty plea of eight people, including Kaloyeros and Joseph Percoco, Cuomo's former top aide and longtime confidant.

"Kaloyeros’s offense represents fraudulent, corrupt, and unethical conduct at some of the highest reaches of State government often not visible to citizens," the U.S. Attorney's Office in Manhattan wrote in a Nov. 19 sentencing memo.

"Indeed, Kaloyeros, despite his enormous power and control over State money, was not answerable to citizens of New York."

Once one of the state's highest-paid employees, Kaloyeros was tasked by Cuomo, a Democrat, with overseeing projects meant to boost the upstate economy, including the building of a $750 million Tesla solar-panel plant that is a key part of Cuomo's "Buffalo Billion" plan and more than $100 million in projects in Syracuse.

Both developers were major campaign donors to Cuomo, whom prosecutors said Kaloyeros was trying to curry favor with in order to retain his position of power.

Cuomo himself was never charged in the case or a related case against Percoco.

Kaloyeros, a Beirut native, immigrated to the United States from war-torn Lebanon to study graduate-level physics, ultimately earning his doctorate from the University of Illinois at Urbana-Champaign.

He rose to prominence in New York as the brains behind the 1.65 million-square-foot Albany NanoTech Complex, which houses employees and researchers from some of the giants of the nanotechnology industry.

Known for his flashy and brash personality, Kaloyeros earned more than $1 million a year from SUNY Poly and the SUNY Research Foundation. His role also expanded to include management of high-tech facilities in Utica and Rochester, including the AIM Photonics Center.

An Italian sports-car enthusiast, he was frequently seen on campus driving a Ferrari with the license plate "DR NANO."

Percoco, Cuomo's former right-hand man, was convicted in a separate trial of accepting more than $300,000 in bribes from COR Development and Competitive Power Ventures, a Maryland-based company opening a natural-gas-fired power plant in Orange County.

He was sentenced in September to six years in prison. He is scheduled to turn himself in later this month.

Kevin Schuler, a former top executive of LPCiminelli, agreed to a plea deal and is due for sentencing next month.

Todd Howe, a lobbyist and former aide to Cuomo when he was federal housing secretary, also pleaded guilty.

A key figure in the Kaloyeros and Percoco cases, Howe cooperated with federal prosecutors after admitting to conspiring with Kaloyeros to rig the contract bids and acting as a go-between for Percoco and his bribers.

Howe's cooperation, however, ultimately became a headache for prosecutors when he was found to have lied during Percoco's trial and was sent to prison during his several days of testimony.

Prosecutors from the U.S. Attorney's Office in Manhattan urged Caproni to give Kaloyeros a "substantial" prison term, arguing he is the "most culpable" among he and the developers.

"Although Ciminelli, Aiello, and Gerardi, reaped largely pecuniary benefits, Kaloyeros was able to get what he wanted out of the arrangement — his place of prominence (and wealth) in the State," the U.S. Attorney's Office wrote in a Nov. 19 sentencing memo.

Kaloyeros' legal team pushed for a much shorter sentence, arguing for a prison term of four to 10 months and pointing to a series of letters from supporters, including Kaloyeros' estranged wife, who said their two adult sons rely on him for emotional and financial support.

His attorneys, led by Michael Miller, asked Caproni to consider the "lasting contributions to New York state as a whole" in the nanotechnology field.

"Alain's conviction places much of what he built in jeopardy and has undermined the institutions that he built, the goals he had for his university, and the people who counted on him," wrote Kaloyeros' attorneys, led by Michael Miller.

"Alain feels deep remorse for his actions and will carry this burden for the rest of his life."

Jon Campbell is a staff writer for the USA TODAY Network's Albany Bureau.