We are at the scene of what appears to be a two-car collision on Southwestern Blvd. (Route 20) just east of the five corners. 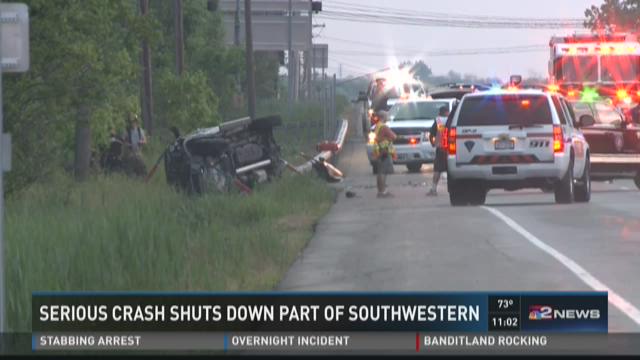 ORCHARD PARK, NY - We are at the scene of a two-car collision on Southwestern Blvd. (Route 20) just east of the five corners.

The road has been closed in both directions since the accident occurred at about 7:40 p.m. Saturday.

The Orchard Park Police chief tells 2 On Your Side that the accident involved a Chevy Cobalt and a Ford pick-up truck. The Chevy crossed the over a center turning lane and collided with the pick-up truck, which ended up on its side.

Two people were in each vehicle. All were taken to Erie County Medical Center. One woman was airlifted by Mercy Flight. Her condition is not known at this time. The other three victims were taken by ambulance for treatment of minor injuries.

Police say the road will remain closed until 11 p.m. or midnight while they investigate.

We'll have more details here on WGRZ.com and in our evening newscasts as it becomes available.