Douglas Development Corporation wants the city's approval for another addition to the base of One Seneca Tower. 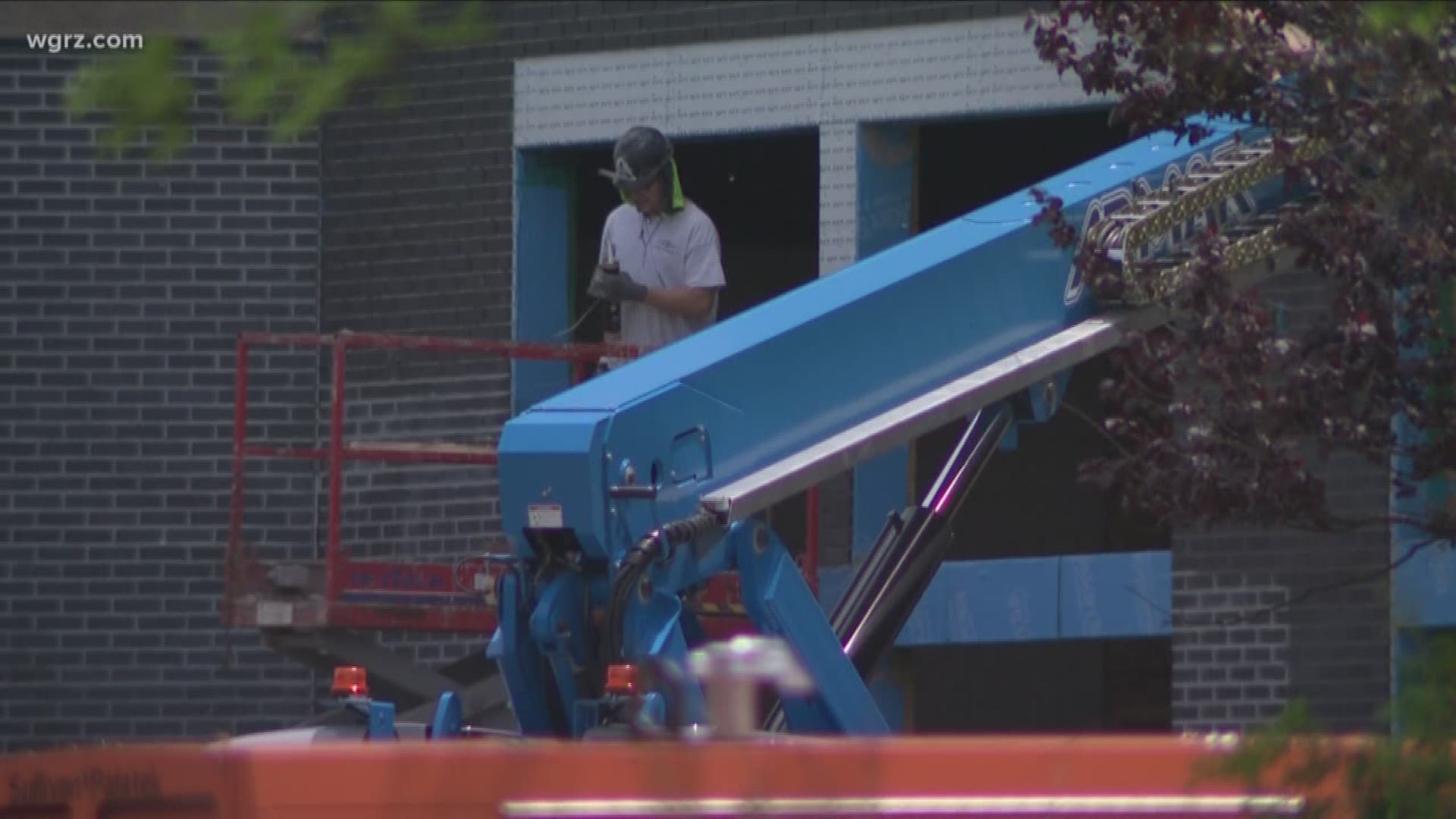 BUFFALO, N.Y. — The Buffalo planning board approved new plans for the city's tallest building on Monday. The Douglas Development Corporation wanted the city's approval for another addition to the base of One Seneca Tower.

This adds about $1 million dollars to the overall project, which already tops $100 million.

One Seneca Tower is largely vacant and right now, there's not much at the corner of Exchange and Washington Streets. But early next year the One Seneca Tower wants it to look like a one story building with 20 thousand square feet of space, possibly for offices.

This building in part would improve access in and out One Seneca with a walkway that would lead you to a pedestrian bridge over Washington Street.

Because of this new building several trees will have to be removed, but the developer hopes to come up with a plan with the city, to replant those trees in small park on site.

There are two separate retail buildings in front of One Seneca Tower that are already under construction, as well as apartments.

The newly approved project will begin in July, officially putting this new addition under construction.