BUFFALO, N.Y. – Friday, the Governor's office revealed 21 places across the state that the New York State Board for Historic Preservation is recommending be added to the State and National Registers of Historic Places. Four are in Buffalo. 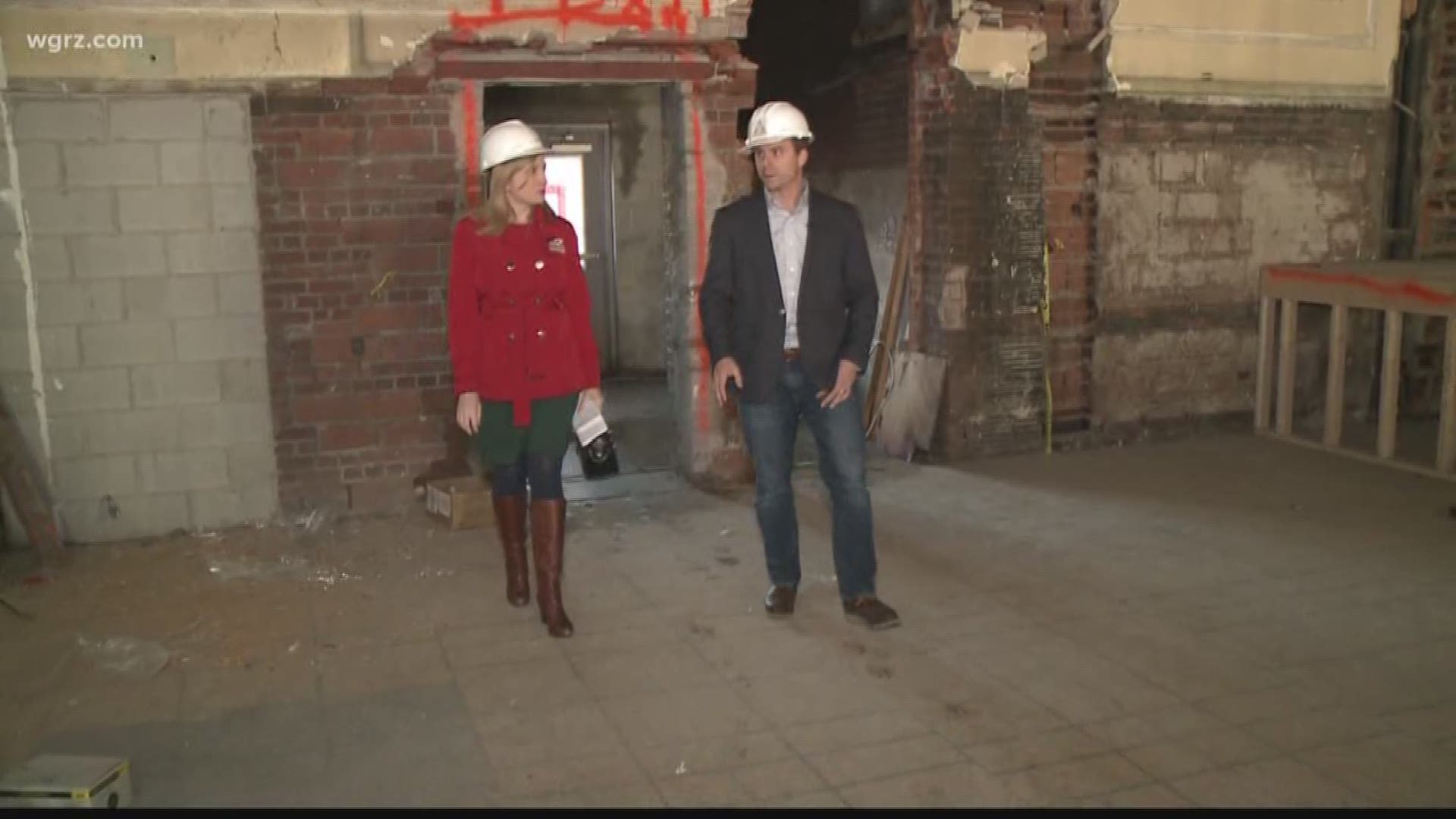 BUFFALO, N.Y. – Friday, the Governor's office revealed 21 places across the state that the New York State Board for Historic Preservation is recommending be added to the State and National Registers of Historic Places. Four of them are in Buffalo.

"We're going to have 19 apartments located on the second floor and then four on the first floor," says Matt Hartrich, VP of Development for Schneider Development.

Shea's Seneca in South Buffalo is in the heart of the Seneca Street commercial corridor. Schneider Development is busy transforming it into a mixed-use space.

"This right here is going to be the future home of Public Espresso; two gentlemen that are South Buffalonians," says Hartrich.

While the theater was demolished decades ago, the lobby and space next to it are still standing. Much of it will become banquet space. Part of the building used to be Woolworths. Upstairs, where the apartments are being built, was the Sky Room, which hosted legendary concerts.

"That was one of the criterion that it was listed on the National Register was its importance in the social fabric of the community," explained Hartrich.

Michael Shea built Shea's Seneca. The lobby is being restored by Swiatek Studios, a local company that also restored the North Park Theatre and Shea's Buffalo. That's important because architectural significance is also a requirement to land on a state or national register.

Shea's Seneca is just one of the four Buffalo buildings to make the cut.

The Kreiner Malt House and Grain Elevator on Elk Street in Buffalo is also on the list. If you're a beer lover, it was a very important place for the local beer industry. It provided a lot of the malt to local breweries last century.

The old Phoenix Brewing Company on Washington Street in downtown Buffalo also made the cut. It was built in the late 1800s, and part of it has already been transformed into new apartments.

The fourth building is Temple Beth Zion on Delaware Avenue. It is known for its stained glass, and it was built in the mid-1960s.

Getting onto a register can help property owners revitalize buildings by making them eligible for preservation programs, including state and federal historic tax credits. Hartrich says those tax credits have been key to making it feasible for developers to restore buildings in Buffalo. He's excited to see what's next for Seneca Street.

"There's a lot of historical significance as to what happened in this building and then hopefully again in the future," he says.

The Shea's Seneca building is expected to reopen August 1.