Buffalo Musicians Become Band of Brothers in Fight Against Cancer

It's pretty safe to say that rock and roll has a certain (probably well-deserved) reputation; but here in Buffalo, it turns out it also has an incredibly big heart. 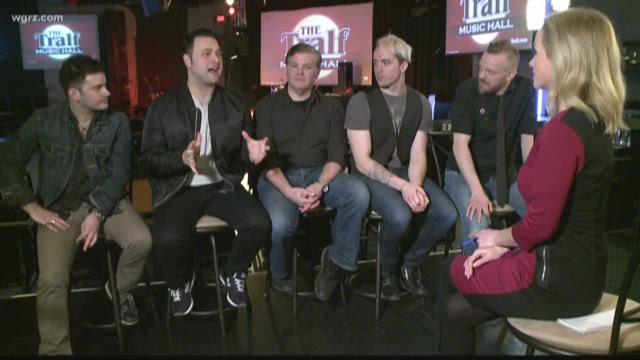 "We consider ourselves to be almost like a platoon," Nicastro explains,"a band of brothers."

They have collaborated on a new song called Against the Storm.

"And the idea behind the song is that it's a song of hope, a song of joy, a song to celebrate the journey and the struggle people deal with when they have cancer and try to make it a positive thing to give people hope," Nicastro said.

It's also a song to raise money. They along with the Lowest of the Low's Ron Hawkins have already donated their time and talent to write, record and produce the song. Now they will donate 100% of the song's proceeds to the Leukemia Lymphoma Society.

"My nephew had leukemia when he was two," bassist Tom Lillis said. "He's 27 and a police officer in Richmond, Virginia so he's doing great, but he's been my inspiration to donate my time and talent."

That personal connection is felt by all of the performers.

"To do something extremely positive with out God-given talents that was the no-brainer aspect of it for me," said drummer Erik Eimiller.

It all began with an idea--raise some money by writing a hit. They've already done one now they need your help to do the other.

You can learn how help the cause by visiting the Against the Storm website. Currently, CDs are available for $11. A wider release is coming later this spring/early summer. All of the proceeds go to the Leukemia Lymphoma Society