Nearly the entire state has abnormally dry soil for this time of year. 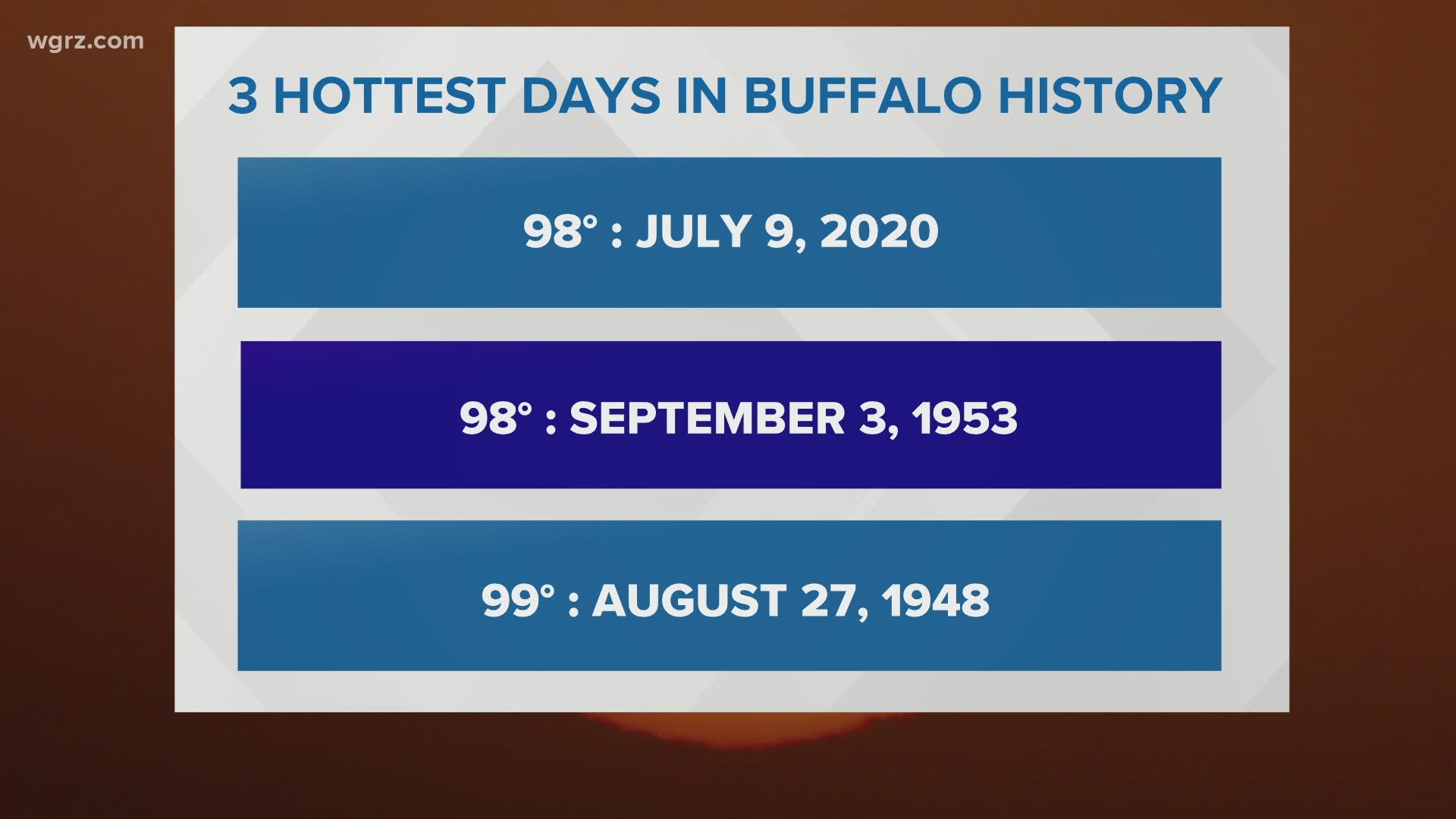 BUFFALO, N.Y. — In the latest update of the U.S. Drought Monitor, 93% of New York state was defined as having abnormally dry soil or drought conditions. This is upgrade is double of what the state's drought conditions showed last week.

As of Thursday July 9th, all of Western New York has "abnormally dry" soil. This means that soil moisture levels are lower than usual but not within a dangerous dry range for vegetation and crops, which likely stemmed from the lack of rainfall from late June and early July. And any any given the "abnormally dry" definition is being watched for future drought conditions.

However, if there continues to be a lack of sufficient rainfall in the near future, the region and much of New York state could see these drought-like or drought conditions get worse.

On average, climatology records show that Buffalo receives around 19.37 inches precipitation from January 1st through July 7th. This year, 19.38 inches of precipitation fell by July 7th. So annually, the region is on track with normal accumulations. So it's the recent dry spell that has caused Buffalo and Western New York as a whole to enter this phase of drought monitoring. Buffalo is about an inch behind in rain for the month, hence the drought potential awareness.

Over 18 million New Yorkers are being impacted by these dry conditions with 1.3 million of the state's population in a defined drought. The defined drought conditions located near Albany and in St. Lawrence County.

Rain is in the forecast, but more will be needed each week to prevent this from getting worse. With the lack of rain for Western New York, the Niagara River and Lake Erie watershed will help protect much of Western New York in the meantime.

Even so, minor drought conditions for parts of Western New York are not out of the question if these dry spells in the forecast continue. For that to happen, there would have to be a significant water deficit enough to cause the slowing of planting or crop growth.