Winter Weather Advisory issued for parts of WNY has been canceled

Snows across the Southern Tier is coming to an end 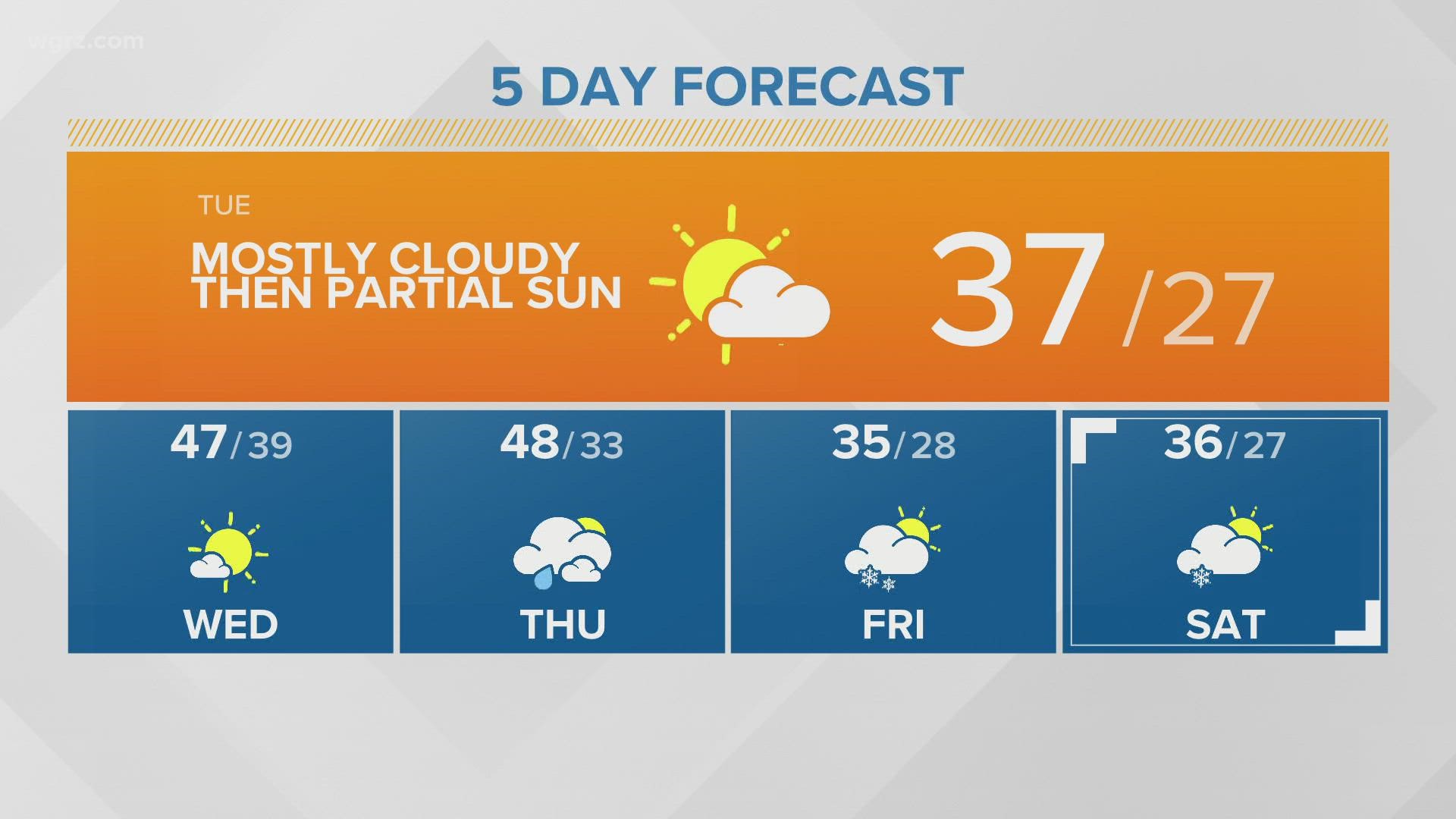 BUFFALO, N.Y. — Cold air behind a strong cold front will bring another round lake effect snows to the Southern Tier tonight.

A Winter Weather Advisory issued for Chautauqua and Cattaraugus County has been canceled. Two to 3 inches of snow is expected, leading to the potential for slippery or snow covered roads throughout the duration of the advisory.

A Winter Weather Advisory has been issued for McKean County in Northern PA from 4 p.m. Monday until 4 p.m. Tuesday afternoon. Four to 7 inches of snow is expected, leading to the potential for slippery or snow covered roads throughout the duration of the advisory.

Some light snow is expected in Buffalo as well, just not enough to warrant an advisory. Up to an inch could accumulate overnight into Tuesday. Winds will be gusty too across the region, gusting up to 25 to 30 mph at times.

And with this weather event, it's the potential for highly reduced visibility from falling and blowing snow that's a key issue. That's due to the nature of the lake effect bands and gusty winds, combining for a hazardous evening commute Monday and morning commute Tuesday. 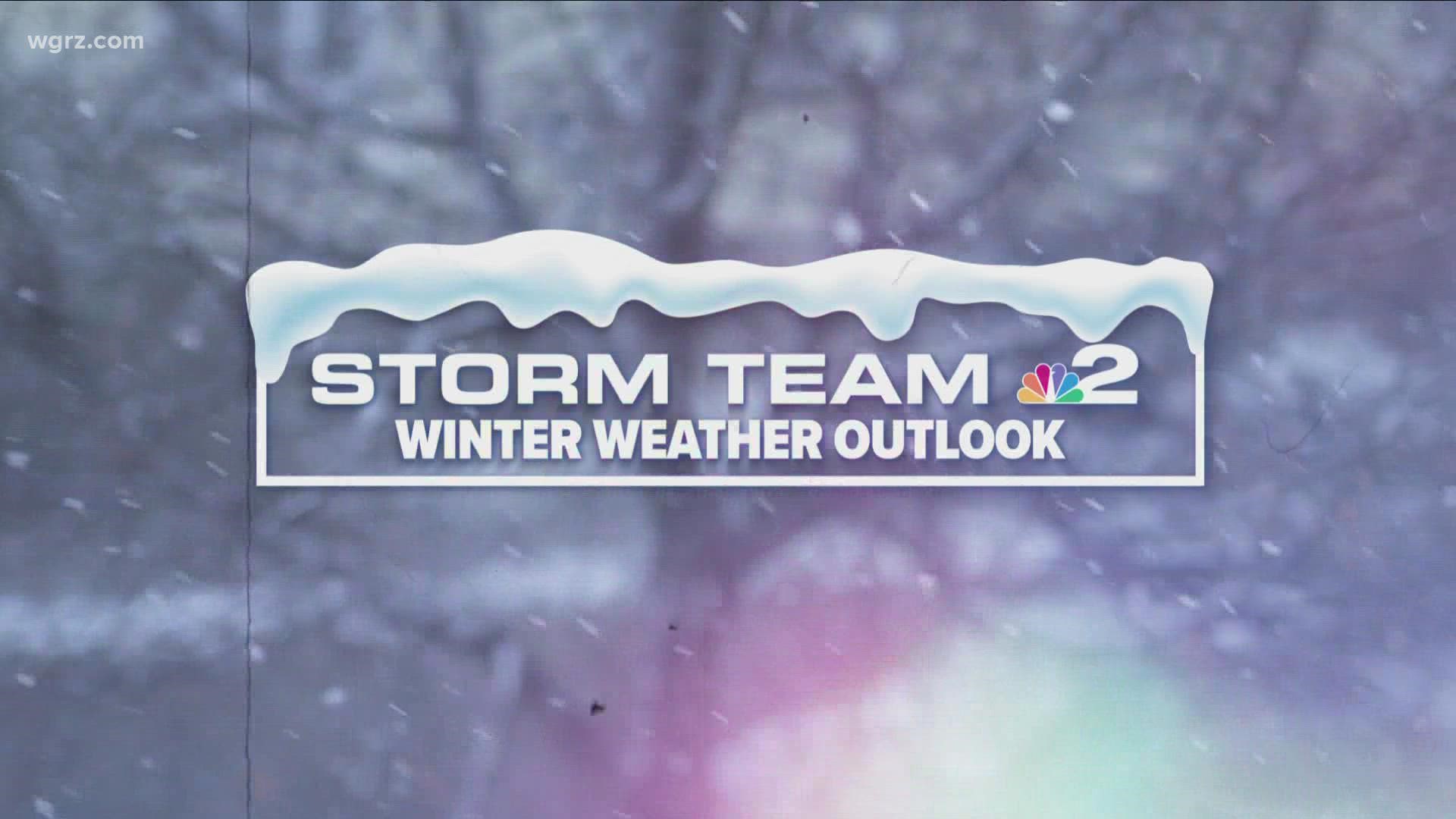 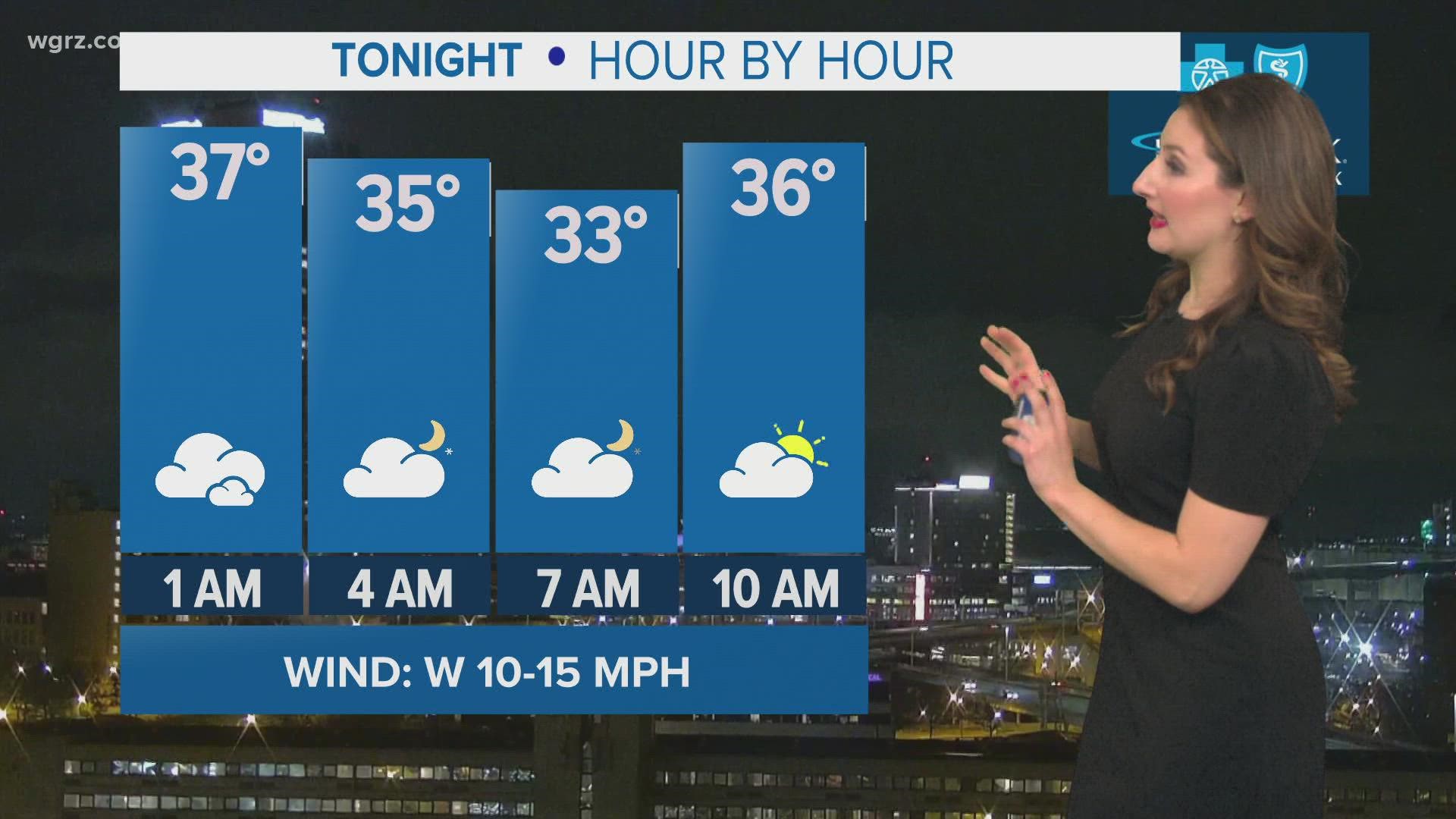