Tuesday's weather system is done but Wednesday's will bring wind

Light snow is done for Tuesday, except for a few showers. A third storm system will come through on Wednesday with gusty winds. 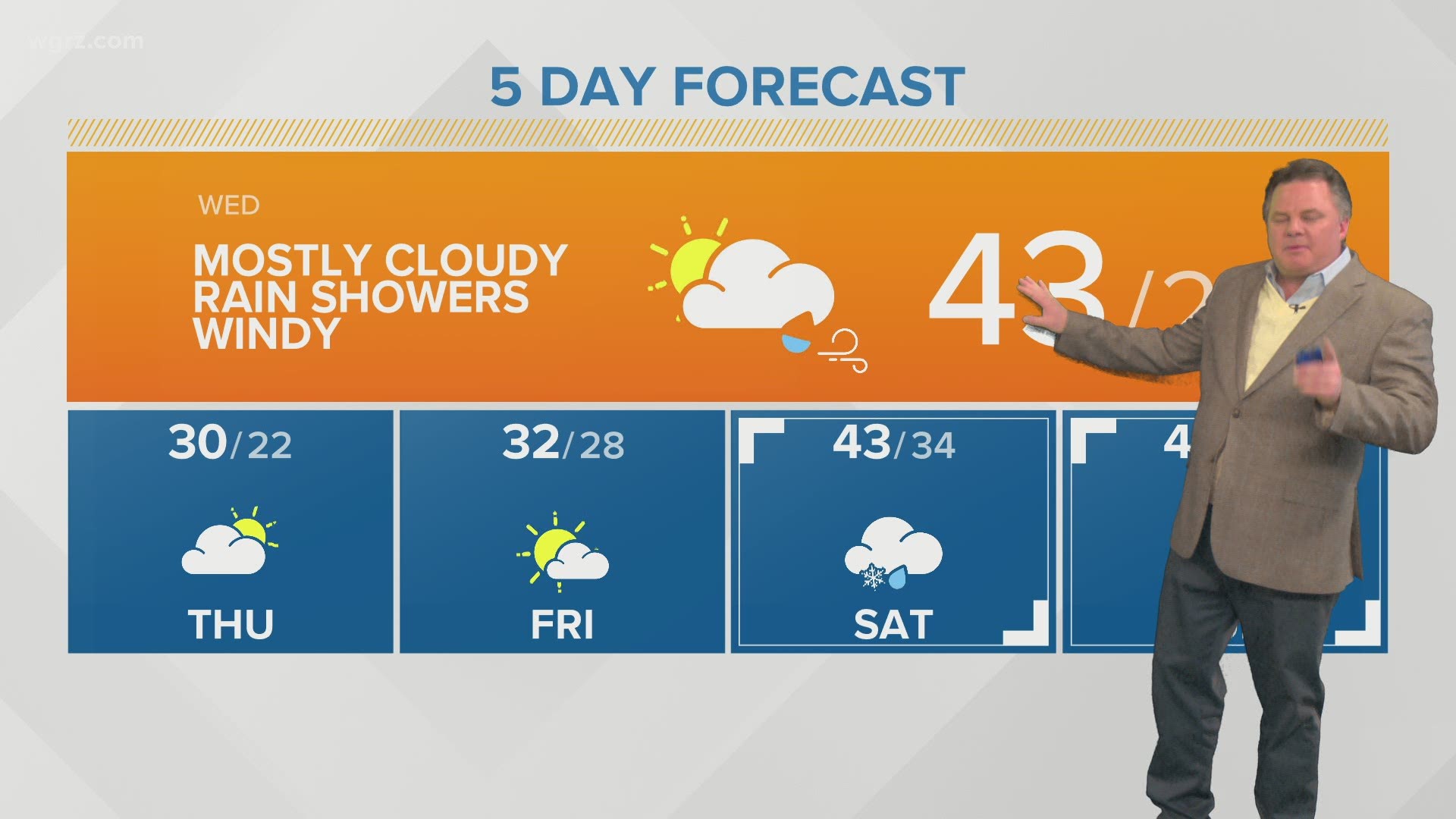 BUFFALO, N.Y. — Tuesday morning's steady, light snow has fizzled out. Except for a few showers, the rest of the afternoon and evening will be dry. This pretty much signals an end to our second storm system to come through this week.

Snow accumulations were smaller Tuesday compared to Monday. The greatest amounts were measured in southern Erie County and parts of the Southern Tier; a slushy 1 to 3 inches in most cases.

Temperatures have been holding steady in the mid 30s and roads will just be wet for the evening commute. Travelers should be wary of icy spots after sunset though.

The third system for this week will come through on Wednesday. Snow will take a backseat to wind, milder air and rain showers this time around. Gusts late Wednesday morning through early in the afternoon could peak between 40 and 50 mph along the Lake Erie shoreline.

No advisories have been issued at this point, but travelers on roads close to the lake, including the 190, the 290 and the Thruway should be prepared for sudden bursts of wind. This could be hazardous for high-profile vehicles.

Scattered rain showers will come along with the wind during the day. As temperatures drop Wednesday night, a few snow showers are possible. Accumulation is not expected.