From a seasonal low pressure system to Isaias, both will bring rain to the eastern half of the country this week. 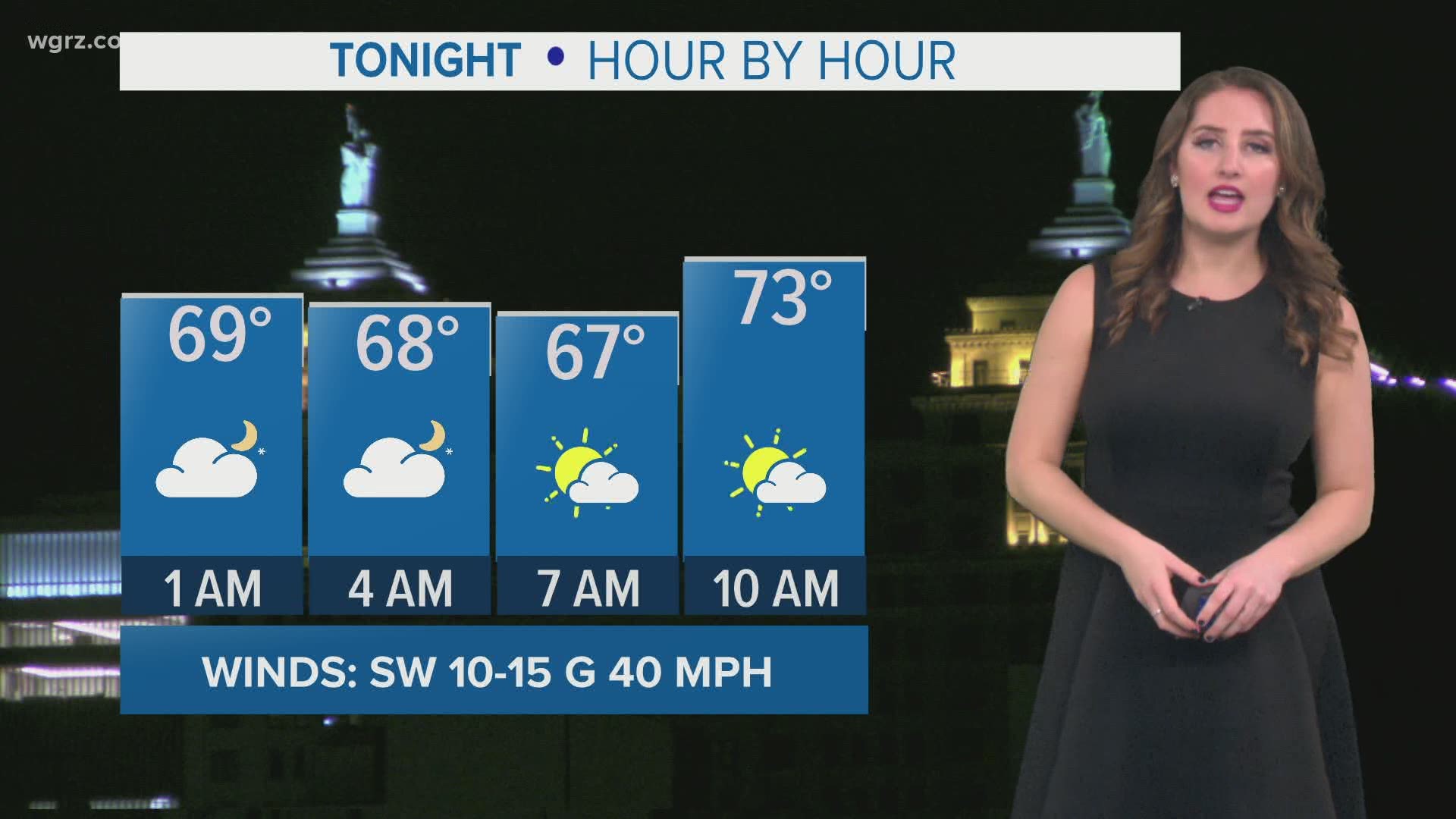 BUFFALO, N.Y. — Between tropical system Isaias and a continental low pressure system, lots of rain will be traversing the eastern half of the United States early this week.

For Buffalo specifically, isolated showers and storms Sunday were by produced the the low pressure system Sunday. The most rain fell along the shores of Lake Erie and Ontario, around a quarter to half an inch. Farther inland, only a few tenths fell with the fast paced showers in the Genesee Valley and Southern Tier.

A Lakeshore Flood Advisory is in effect until 2 a.m. for Erie and Chautauqua counties. With heavy rainfall and a strong breeze, isolated flooding is possible along the eastern shores of Lake Erie overnight.

A Beach Hazards Statement is also in effect until 6 a.m. Monday for Niagara and Orleans counties. Strong currents are possible along the southern shores of Lake Ontario with the strong, southwesterly breeze.

A Lakeshore Flood Advisory is in effect until 2 am for Erie & Chautauqua County. High water levels are possible along the Lake Erie shoreline caused by today's strong breeze, which could also cause strong currents in Lake Ontario. #StormTeam2 @WGRZ #nywx pic.twitter.com/2uZ5b1bYm5

Isaias was downgraded Saturday from a category one hurricane to tropical storm. The tropical system weakened as it moved over the Bahamas and will stay at tropical storm strength through Wednesday.

The eastern half of the Florida peninsula could face tropical storm force winds, heavy rainfall and a storm surge of 2 to 4 feet along the shoreline as Isaias skirts the region Sunday and Monday.

The only real impact Western New Yorkers could see from Isaias is cloud cover and a few showers Tuesday But for the East Coast, Isaias could bring tropical storm force winds and high seas early in the week.

Sunday night, Tropical Storm Watches were issued from the coast of Virginia to Long Island ahead of the storm.