Weekend forecast whiplash, from one season to the next

The first weekend of October will bring below-average temperatures everywhere east of the Rockies. 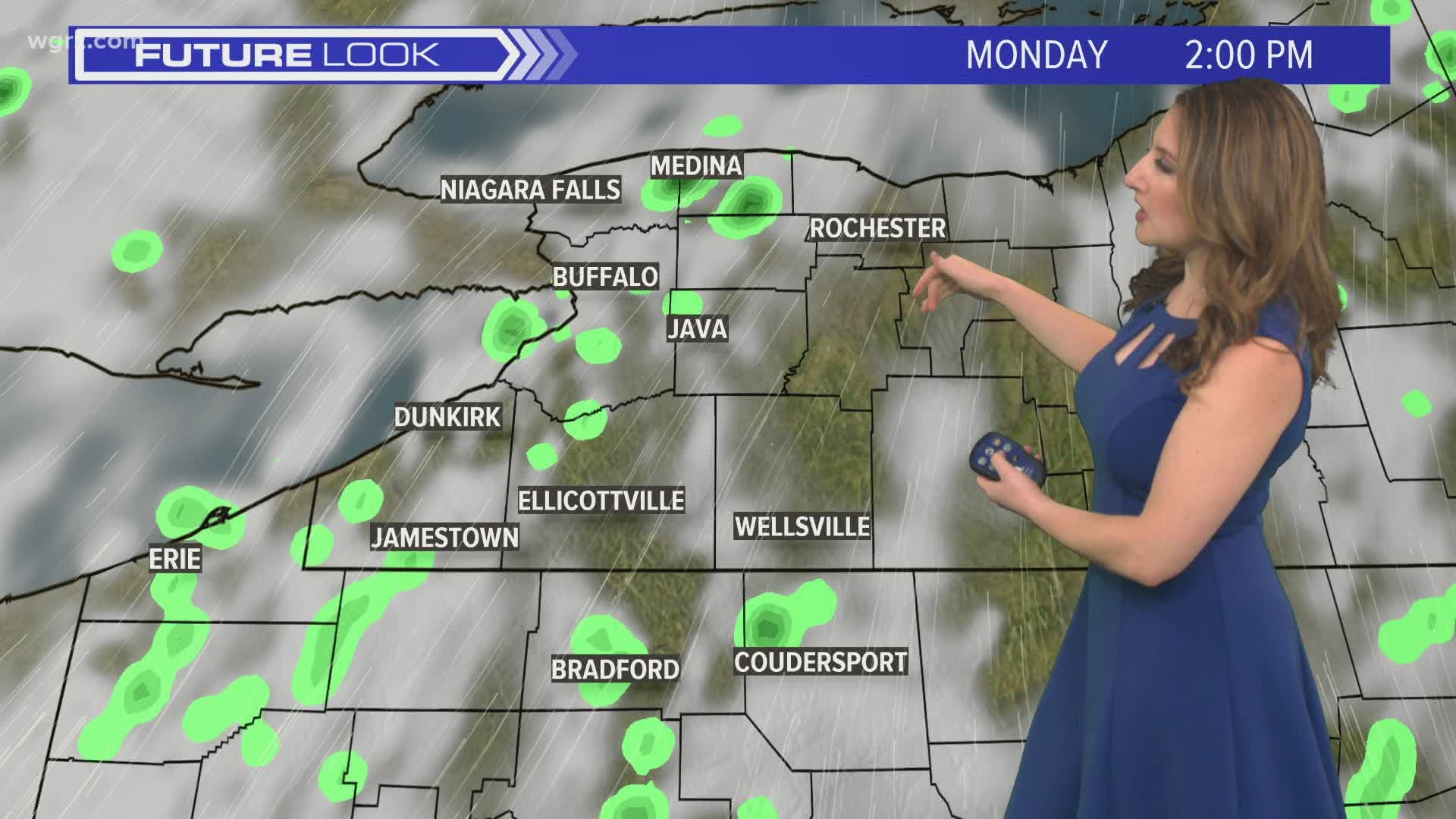 But enjoy these warm, sunny days while they last. Autumn will come charging in for the first weekend of October, where high temperatures could be 30 degrees cooler than where they are this weekend.

This expected cool-down will come after a week that will bring beneficial rainfall to Western New York. As of September 26, Buffalo is behind in rainfall by nearly two inches for the entire month.

Climate records form the Buffalo Airport show that typically, 3.20 inches of rain fall between September 1 to 26, and we've only picked up 1.26 inches this month. On average, several weather systems could bring between one to three inches of rain to the region next week.

These weather systems are accompanied by an active jet stream that will allow for colder air to sink in next weekend. The extended temperature outlook for the first few days of October reflects that with extremely below average temperatures centered across Dixie Alley.

I found fall y'all! A bit ironic that we're in the 80s this weekend but just you wait. If this trend holds, high temperatures will only be in the mid-upper 50s next weekend. There you go #SweaterWeather & #PSL fans. #StormTeam2 @WGRZ #nywx pic.twitter.com/aB39OEhWpU

Buffalo is on the northern extent of that bull's-eye, meaning temperatures will likely be below average for that timeframe as well, just not as extreme. Instead of season high temperatures in the mid-upper 60s, they could only be in the mid to upper 50s if this outlook holds.

And this isn't an unprecedented cool-down for Western New York as the region has already seen the first frost of the season. However, major pattern changes like this could set the tone for the rest of the season where it would be hard for temperatures get back in the "summer-y" range.