More heavy rain is possible in some areas of Western New York through this evening. 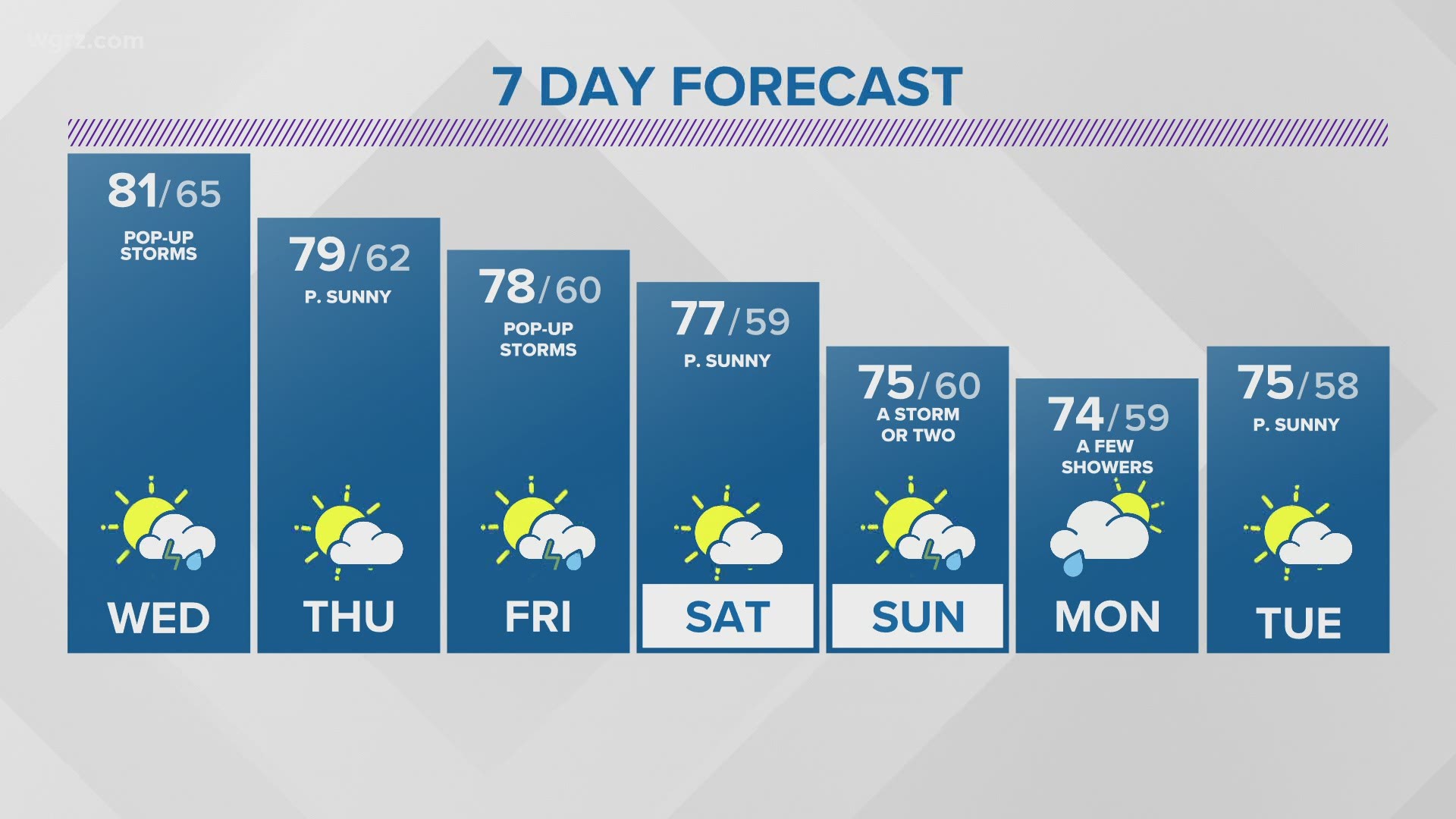 BUFFALO, N.Y. — A very warm, tropical weather pattern has set up for the entire Eastern U.S. this week. That pattern has produced a few clusters of heavy, slow-moving thunderstorms around the Western New York area.

Without an actual cold front to help push the storms along, they're moving at just 15 to 30 mph while producing rainfall rates up to 2.5 inches per hour. Anyone traveling around Niagara, Orleans or northern Erie County this evening should be prepared for quickly-reduced visibility in these storms.

A few of the stronger storms may produce some brief gusty winds as well.

I've gotten several messages about flooded roads in Lockport. This was the radar at 3:15. Radar estimated 1.5-2.5"/hour rainfall rates for about 30 minutes.

WGRZ received several social media reports and photos of street flooding around the Lockport area between 3:30 p.m. and 4 p.m. Tuesday. According to the National Weather Service, 1.04 inches of rain fell in Lockport. Another observation reports 1.36 inches 1 mile northeast of Lockport.

This is just one example of what these tropical downpours are capable of. If you encounter a flooded area, do not try to walk, ride or drive through the water.

Credit: Eric Prokop
Viewer Eric Prokop sent us this photo of street flooding from the corner of Russell in Lockport.

If you have weather photos or videos to share with WGRZ, post them on Twitter or Facebook using the hashtag "BeOn2." You can also upload your photos right from your mobile device using the "Near Me" feature on the free WGRZ app.