Thunder on the Buffalo Waterfront Forecast

A few showers and storms are in the forecast Saturday afternoon, but it shouldn't be a complete washout. 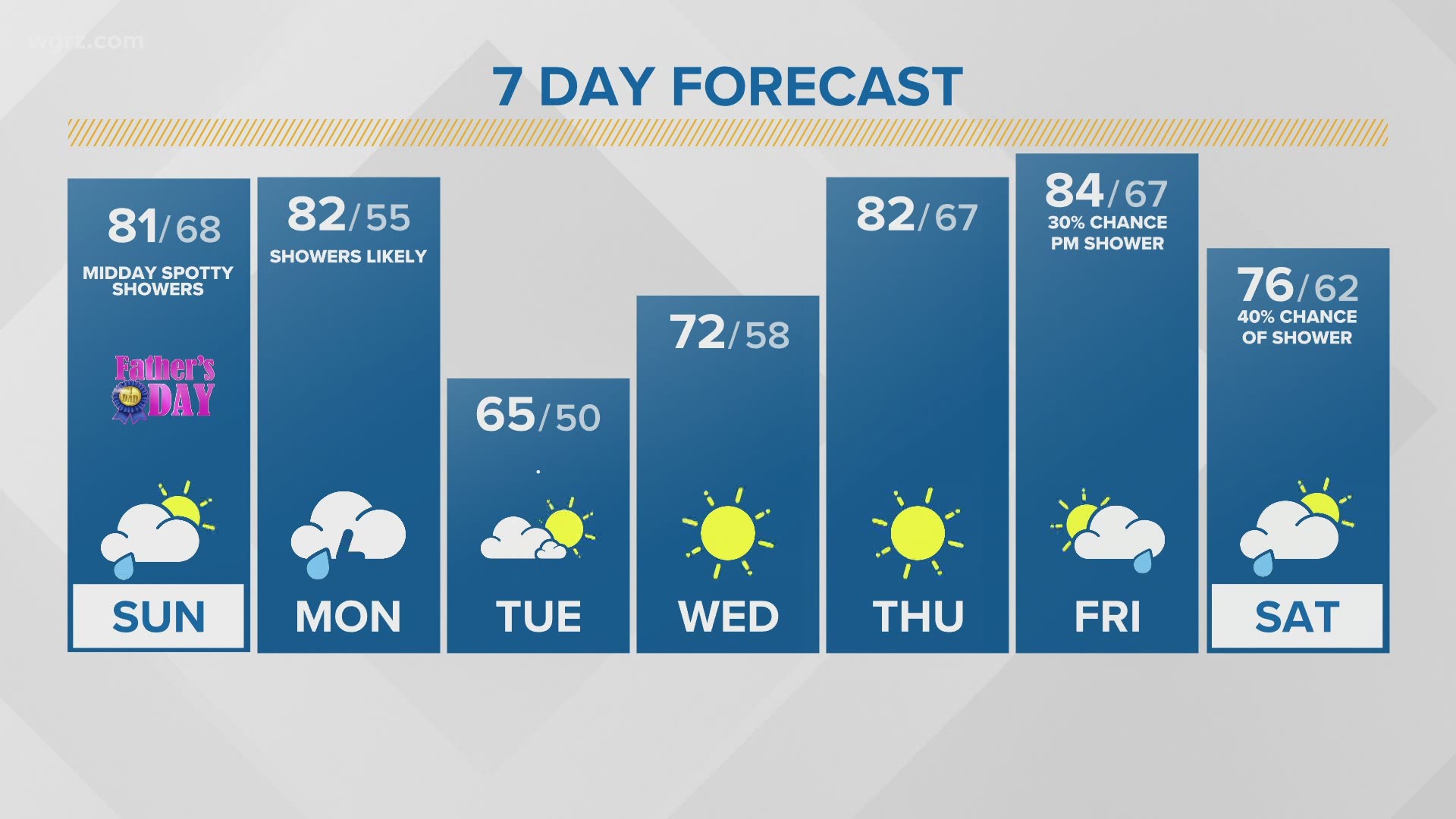 BUFFALO, N.Y. — Just a heads up, showers and storms are in the forecast this weekend. But that doesn't mean the Thunder on the Buffalo Waterfront airshow will be a washout.

While a few showers will linger early Saturday morning, it's the afternoon storm chance that could impact the airshow. Scattered showers and thunderstorms will develop in the early afternoon an track from west to east across Western New York. The good thing for the airshow is that storms will likely develop over Buffalo and strengthen as they head east. Spectators should be aware of the storm threat, but no cancellations are expected. Possibly a minor rain delay.

For boaters: wave heights could reach up to 2 feet with southwest winds that could gust up to 20 knots. Not the best or most comfortable conditions, but manageable for experienced boaters. Otherwise, it'll be partly cloudy, breezy and warm with afternoon high temperatures in the upper 70s.

Water conditions aren't going to be the best on the lakes tomorrow with southwest winds that could gust up to 20 kts and 2 ft waves. Plus, we'll be monitoring the chance for a few showers early in the afternoon. Otherwise: partly cloudy, warm and breezy. #StormTeam2 @WGRZ #nywx pic.twitter.com/TB6elGpTTF

It will be even warmer Sunday with afternoon high temperatures will be near 80 degrees. The better of the two days is Sunday with a light breeze, mostly clear sky and calm waters.

Anyone heading to the airshow should plan on bringing ample sun protection as well. Even with a partly cloudy sky, the sun's rays this time of year are direct and dangerous for sunburns. 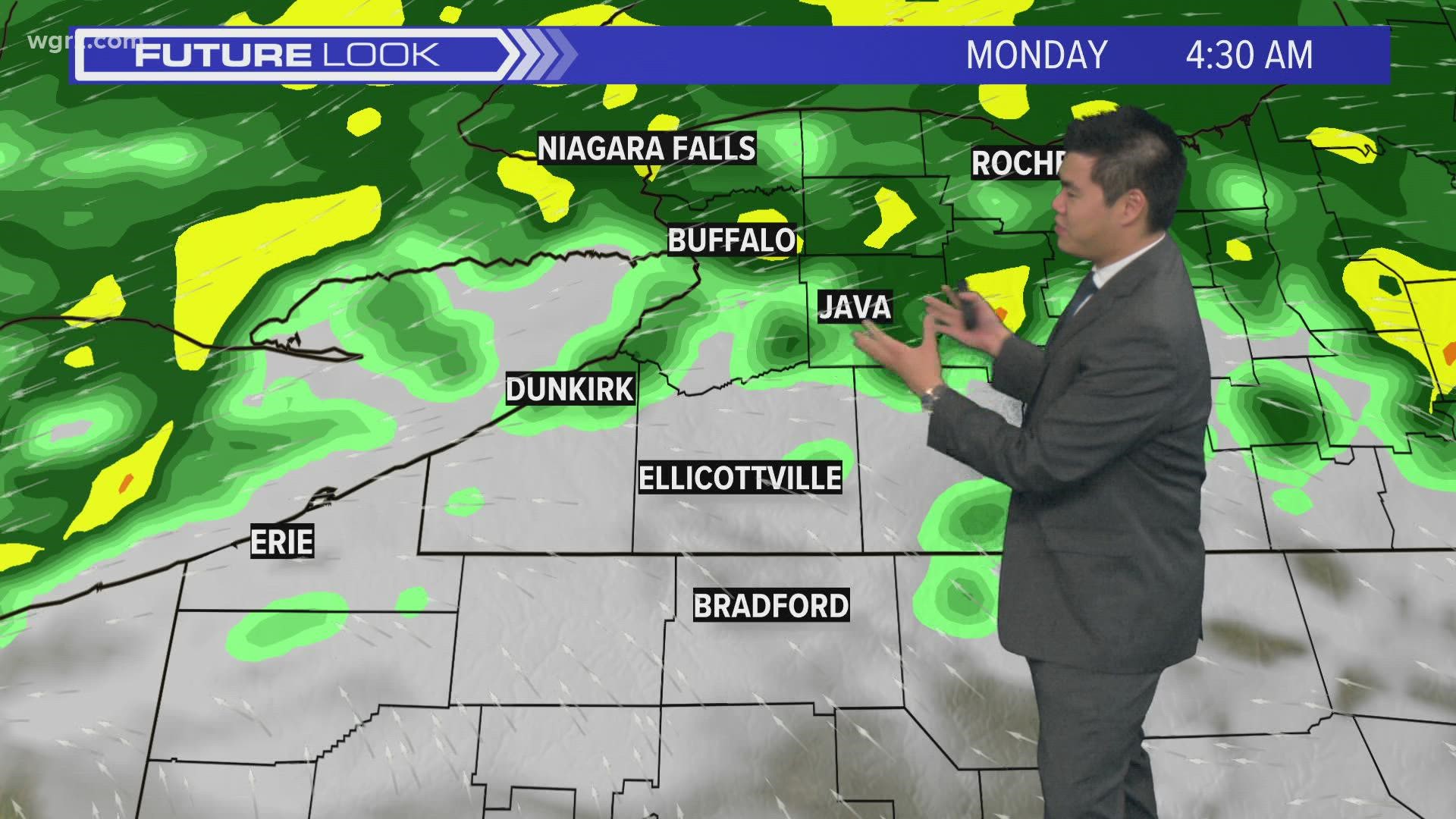