Thousands of people were without power Friday after high winds whipped through Western New York. 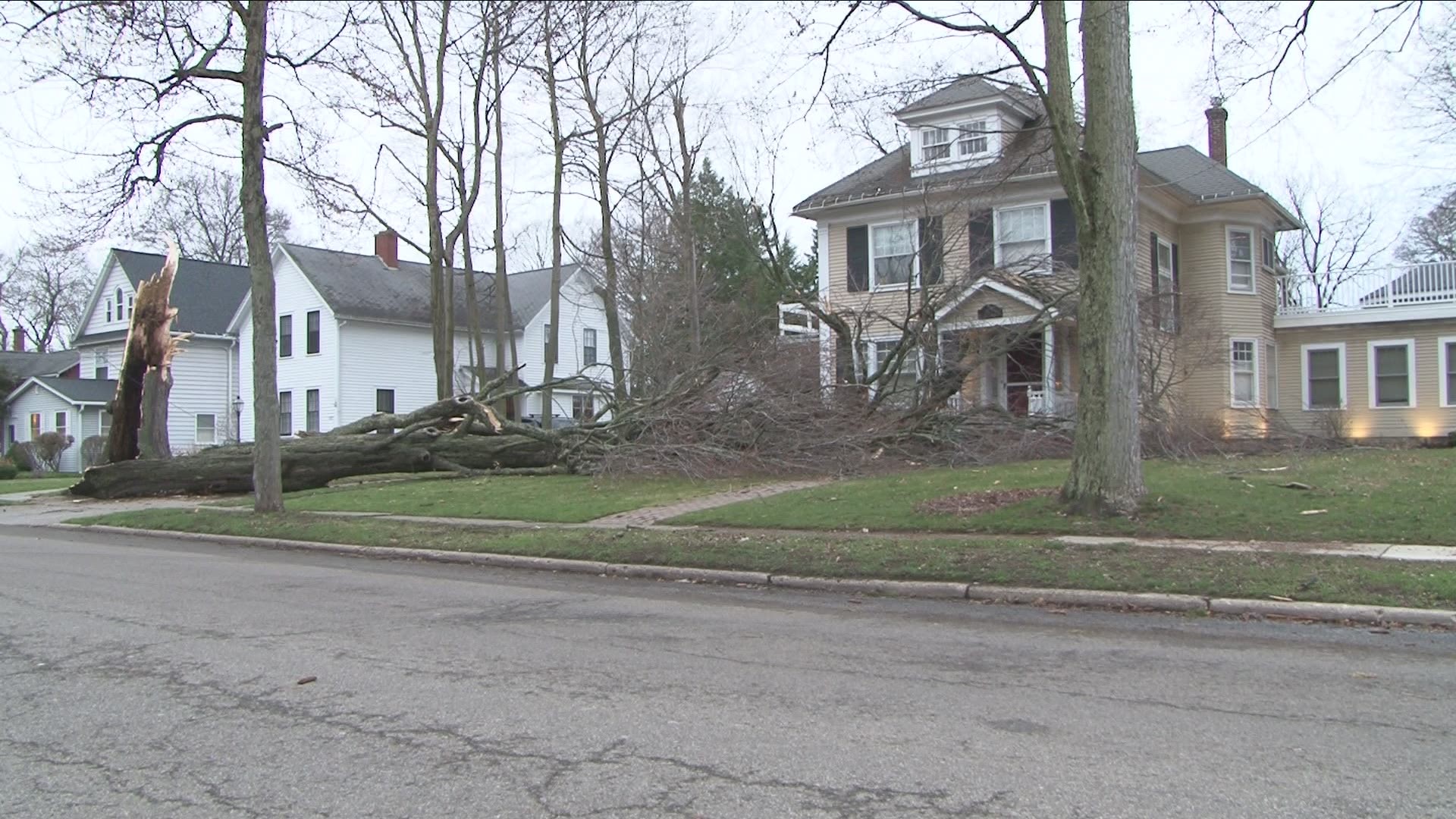 BUFFALO, N.Y. — Hundreds of people are still without power after high winds whipped through Western New York on Friday. Among the hardest hit areas were Erie, Niagara, Chautauqua and Genesee counties.

National Grid and NYSEG both brought in hundreds of additional workers from Canada and elsewhere, such as Tennessee, because they anticipated there could be problems at this time of year.

NYSEG spokesman Mike Jamison told 2 On Your Side, "Given the time of year, the ground is defrosting, snow has been melting, so we have a very soft ground. And then when you mix in 60 to 65-mph wind gusts like were forecast, and we ended up getting, blows trees out of the ground. And so as a result, we have a lot of downed trees, and as you might imagine, downed trees take down broken poles, or they break poles, they take down wires, they fall on equipment "

Jamison added that some other weather conditions took a toll.

"Earlier today [Friday] we had a lightning strike hit a pole in Orchard Park," Jamison said. "Took down a transmission line. Thankfully, we've been able to bring back most of the 6,900 customers in the town that were impacted. About 500 customers remain."

While crews were expected to work throughout the night, estimated restoration times vary and crews are still assessing some locations.

If your power does go out, National Grid has these tips:

• Never touch downed power lines; always assume they are carrying live electricity. Downed lines should immediately be reported to National Grid at 1-800-867-5222 or by calling 911.

• Generators used to supply power during an outage must be operated outdoors to prevent the buildup of deadly carbon monoxide. Before operating a generator, be sure to disconnect from National Grid’s system by shutting off the main breaker, located in the electric service panel. Failure to do this could endanger our crews and your neighbors.

• Customers who depend on electrically powered life support equipment, such as a respirator, should register as a life support customer by calling National Grid at 1-800-6424272. (In a medical emergency, always dial 911.)

• Keep working flashlights and an extra supply of batteries in your home and be sure to charge all electronic devices before the storm.

• Please use caution when driving near emergency responders and crews restoring power.

• Be sure to check on elderly family members, neighbors and others who may need assistance during an outage.