With cooler air and warmer lake temperatures, the first wintry mix and snow of the season has arrived this week for the Southern Tier. 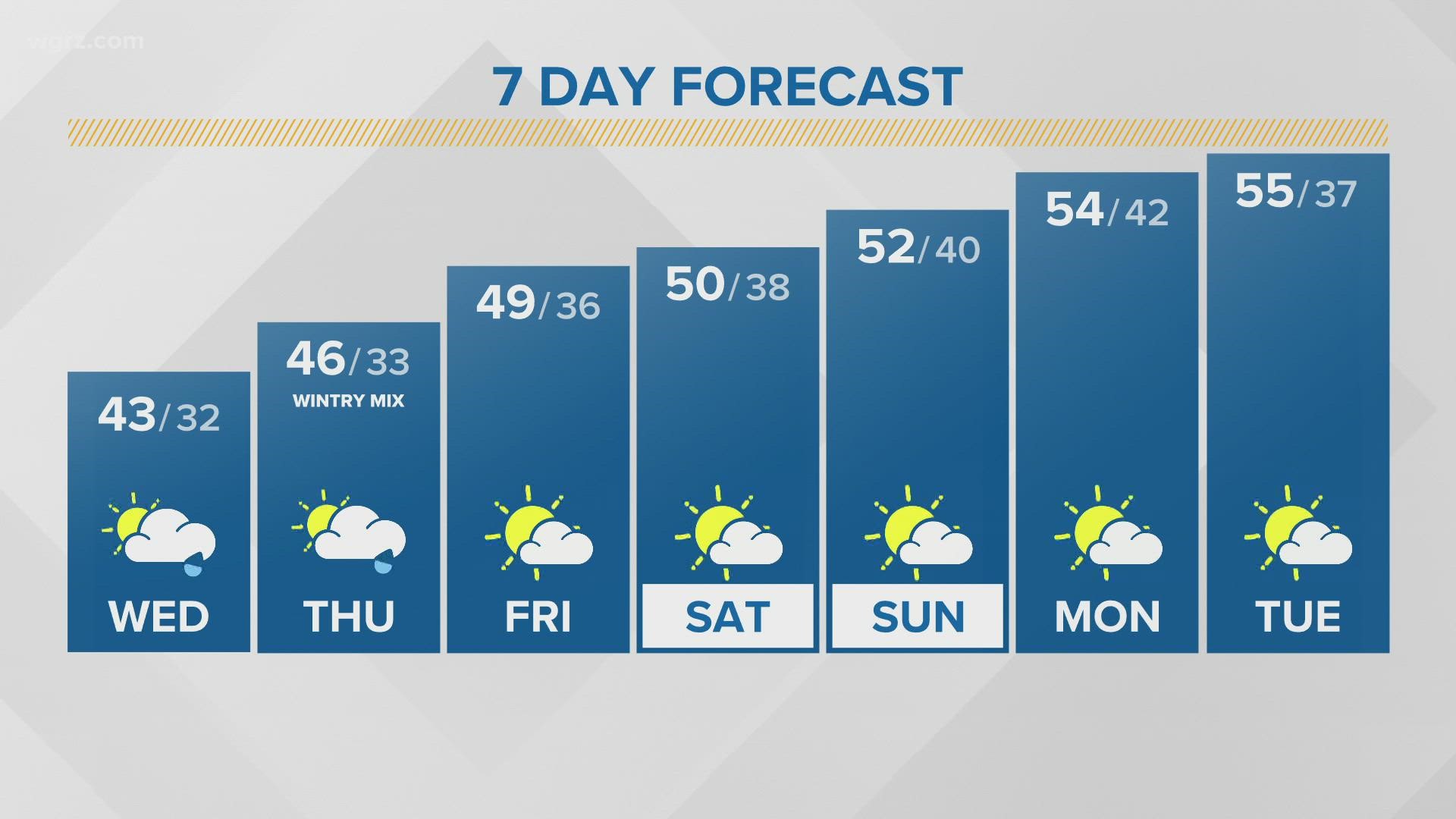 BUFFALO, N.Y. — It's as if Mother Nature knew this was the first week of November because the first snow and snowflakes of the season are possible this week for portions of Western New York.

The average first flakes for Buffalo, based on climatology data from National Weather Service Office in Buffalo, is usually seen by October 24. The first measurable snow then follows for November 8 and first inch on November 18.

Our first snowflakes normally fall in Buffalo late in October, but it should be no surprise snow did not fall this October given how warm it was. That warmth will not follow into November with the transition to a colder pattern for the first part of the month.

But in particular, a westerly breeze has sunk in over the region, and with warmer lake temperatures, periods of snow developed over the Southern Tier yesterday.

Those showers will continue on and off throughout the day today south of the city for the Southern Tier and portions of southern Erie County, Wyoming County and northern Pennsylvania. These bands of snow should ease back quite a bit this afternoon

Look for around one to three inches from today through Thursday for the Southern Tier.

Just going to leave this here...

...because as you can see, we're behind in this regard. No surprise with last month being as warm as it was. But climatologically speaking, it wouldn't be abnormal to see some snow this week. #StormTeam2 @WGRZ #nywx pic.twitter.com/y1OGQeZTZy

As for Buffalo and areas north and east, it'll be partly cloudy and cool today with afternoon highs only reaching the low 40s. A few rain showers are possible this afternoon with possibly a few rain and snow showers tomorrow.

Make sure you stay with Storm Team 2 and download the WGRZ app to track radar during this cool down as we head into the first week of November. 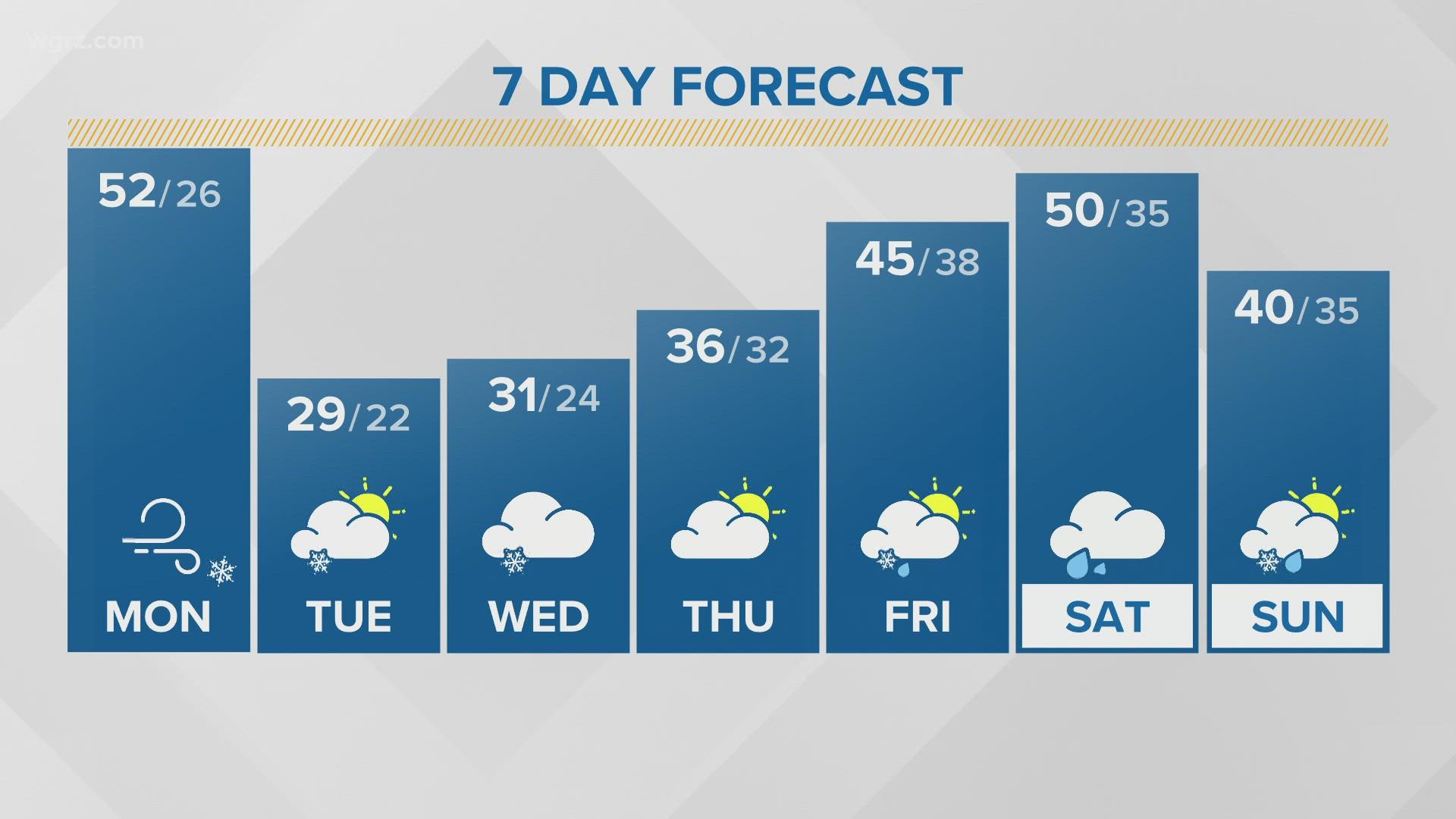