They're back! What a recent sighting of a Woolly Bear Caterpillar has to do with this winter

As it is every fall, "woolly worms" have started to migrate to their wintertime homes and are showing off their winter predictions. 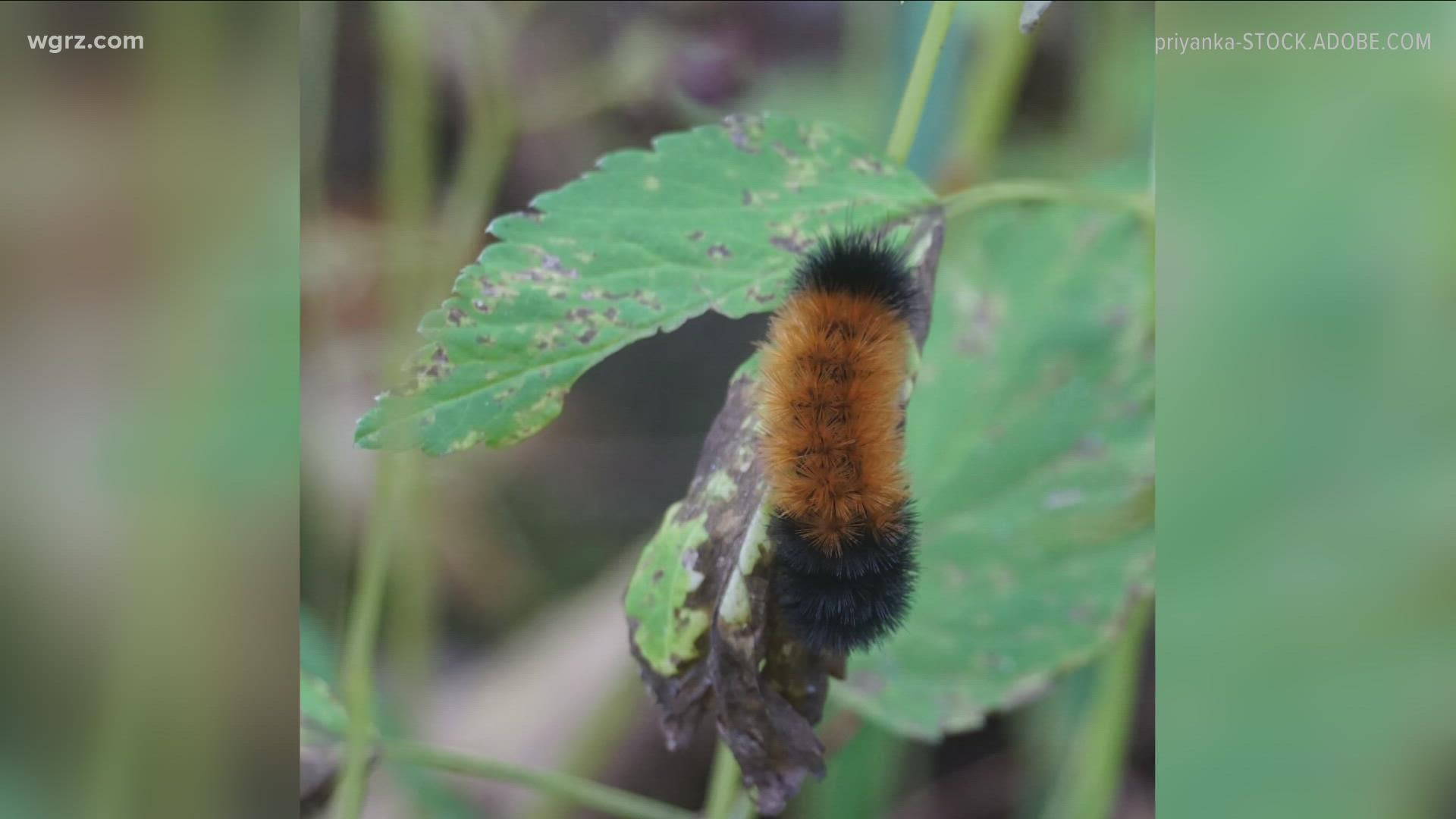 BUFFALO, N.Y. — One of the first sightings of a Woolly Bear Caterpillar in Western New York occurred Tuesday, and here's what its prediction is for this winter.

The Woolly Bear Caterpillar, also commonly known as "woolly worms," Storm Team 2 Meteorologist Elyse Smith spotted in Buffalo had a few black bands near its head, a wide middle section of brown and ended with black again. According to weather folklore, the more black on a woolly worm in the fall means a longer, colder, and possibly snowier winter to come. If there is more brown, that's a sign of a mild winter.

So this would translate to a cold and snowy start to winter, followed by a mild stretch in the middle with a cold and snowy end to the season. The 13 bands typically found on an average sized woolly worm coincides with the nearly 13 weeks of winter.

So specifically, according to this little guy (or girl), this winter will start off cold and snowy for the first five weeks, followed by six weeks of mild weather, then two weeks of cold at the tail end.

*Note: there is no scientific evidence that proves these little creatures can actually or accurately predict wintertime weather.

A Woolly Bear Caterpillar's coloration, and how it takes shape, has nothing to do with the weather. For one, they can have different colored patterns on their coats based on their age and diet. So there's not even a cohesive "prediction" among the species. Second, take last year's example.

One of the first woolly worms spotted in New York state had a few black bands followed by several brown for the rest of the caterpillar's coat. While Buffalo's winter did start off cold and snowy for December, February was arguably even colder and snowier than average with nearly 10 additional inches of snow over the average for the month. Those observations and what actually happened do not align.

But weather folklore has long included the Woolly Bear Caterpillar (Pyrrharctia Isabella) and its distinct coloration as an early wintertime predictor. Each fall these caterpillars leave their home plants, which they feasted from all summer, to find a spot to ride out the winter.  That's when they can be seen and their fuzzy coats deciphered for their winter forecast.

For the species found in the Northeast, their coloring is primarily based on how long caterpillar has been feeding and age. Generally, the more mature and well fed caterpillar will have more brown in its coat. Plus, each caterpillar found within one region will look completely different than one found in another region.

So can the Woolly Bear Caterpillar accurately prediction a whole winter season? No. But, the legend and folklore will continue to live on as an annual fall event!

Saw this little guy on my morning walk & I’m taking it as a sign… my first #wollyworm spotting in #WNY! With this coloration, he (or she) is predicting a cold & snowy start to winter, mild stretch in the middle with a cold & snowy end. @WGRZ #StormTeam2 pic.twitter.com/FFD8RgOSQk 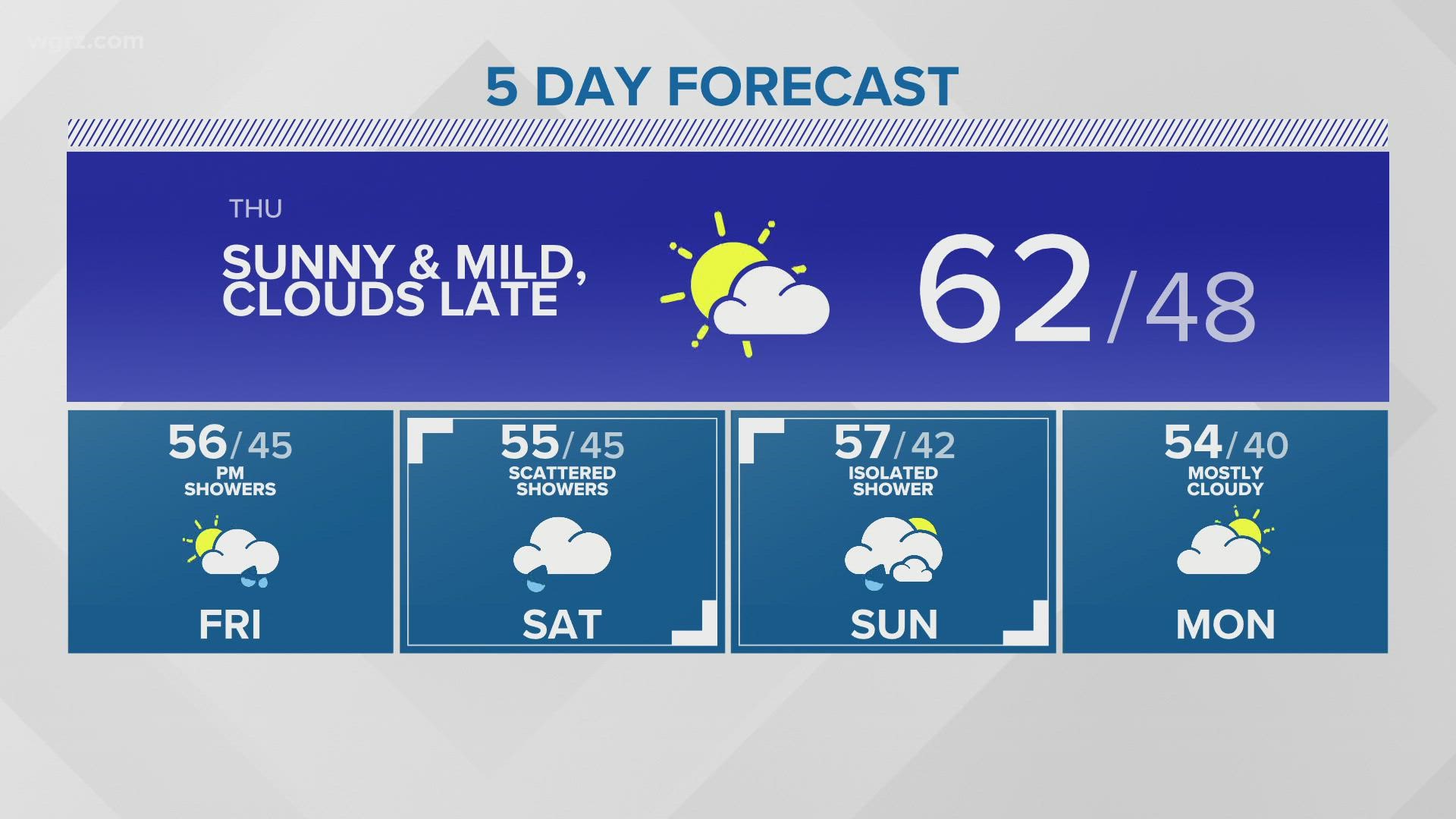