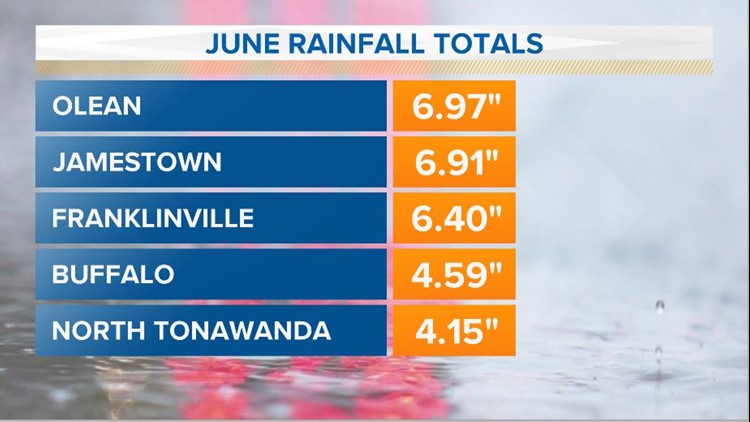 There was plenty of rain for the month of June

BUFFALO, N.Y. — There has been a bounty of rainfall across Western New York so far this June.

Despite the high rain totals, flooding issues have been kept to a minimum given that this month's rain has been spread out fairly evenly across the month.

We did have one day where flooding occurred across the southern tier, in particular in Salamanca and Olean.

Noticeably absent this month in terms of precipitation, has been thunder.

There have been some soaking rains, but very little thunderstorm activity. The reason for that is that the atmosphere has been fairly cool over Western New York, so there has not been much energy in the atmosphere that heat and humidity usually provide.

Looking ahead, periodic rain chances will take us to the end of the month and into early July.