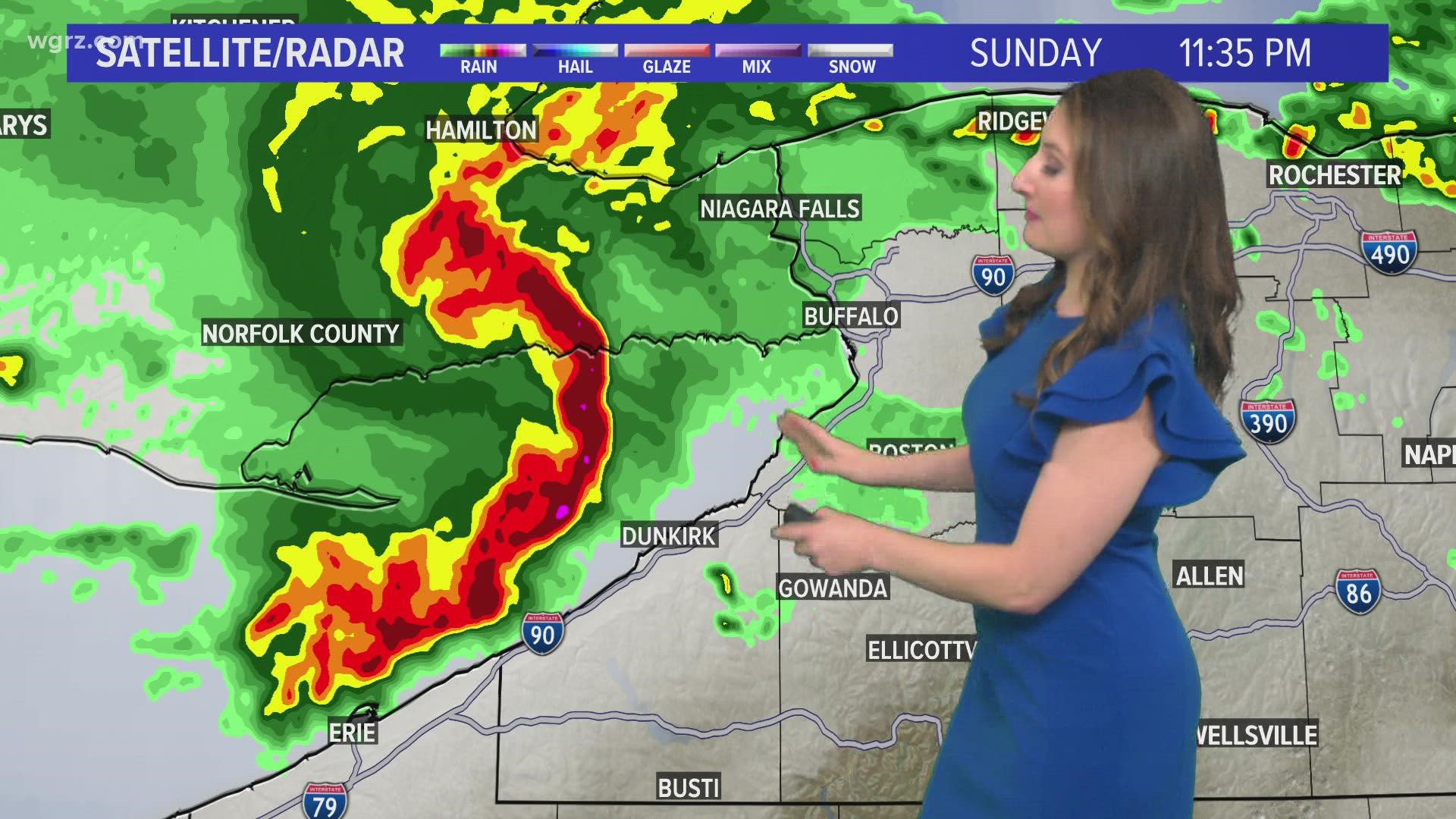 After 1-2" of heavy rain fell over night the Flash Flood Warning for parts of Erie Co. has expired

Another cluster of storms have developed behind the main line of severe warmed storms that moved in around midnight. While these are not expected to become severe warned, their heavy rain will not aid in flooding already occurring or that could occur with additional rainfall.

Reports of tree damage and power outages from across the region came in after the initial line of severe storms rolled through.

1:05 AM Sat/Rad: The main event has moved east, but another cluster of storms have developed in it's wake. And while they're not expected to become severe warned, these will bring additional heavy rain, i.e., not help the current flood situation. #StormTeam2 @WGRZ #nywx pic.twitter.com/1AMwIG3NXT

Any rain and storms will clear out by Monday morning, but it'll be a cloudy day. Be aware of any storm damage on your commute or flooded roadways as well.

And remember, you can always track storms by visiting wgrz.com/radar or by using the Storm Team 2 Weather App.