Wind Advisory issued for parts of WNY has expired

Highest winds in Chautauqua Co. near the Lake Erie shoreline 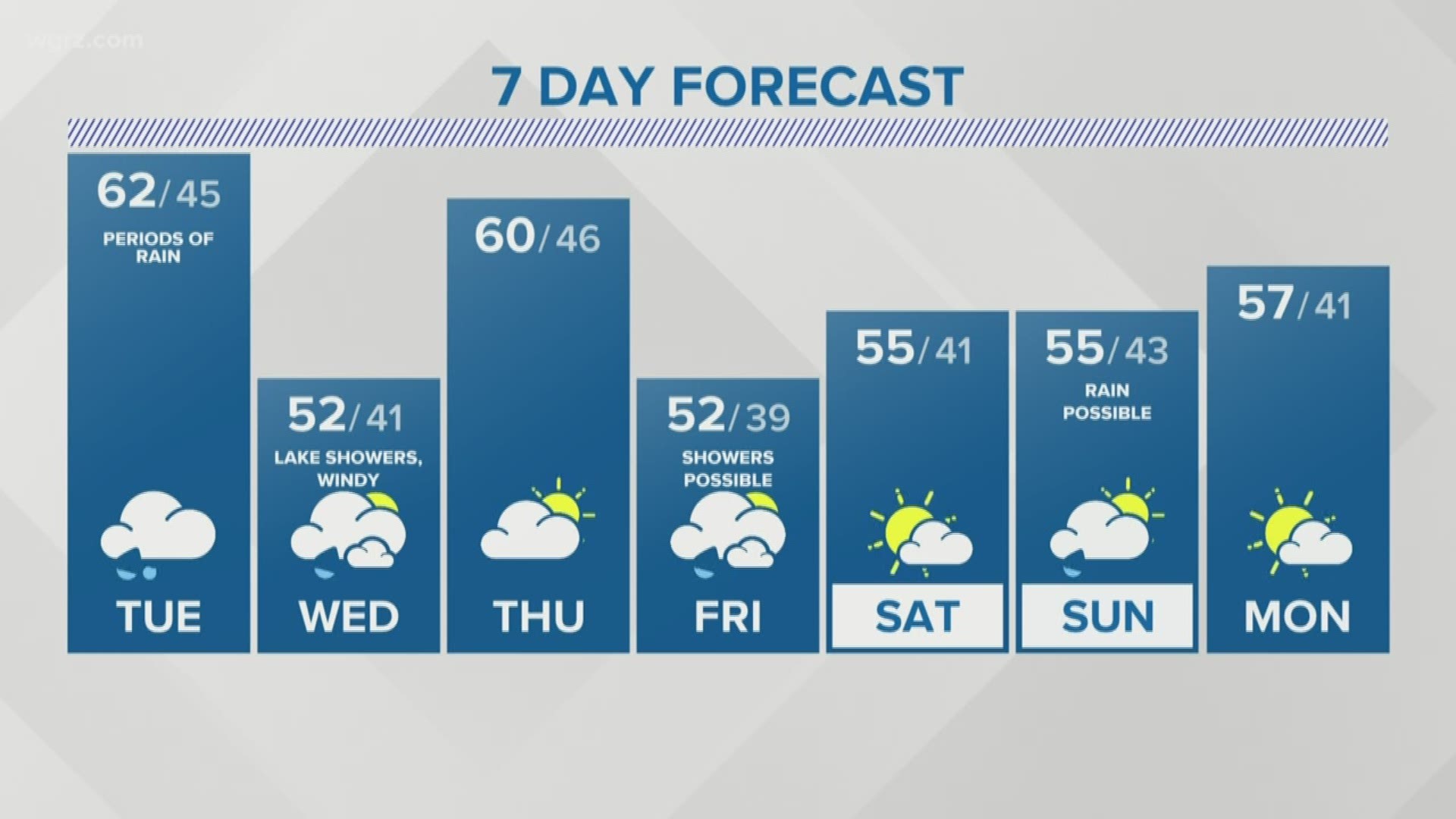 BUFFALO, N.Y. — A Wind Advisory has been issued for Chautauqua County has expired.

Strong southerly winds that could gust as high as 50 mph are possible Monday night. Winds of that strength can bring down weak tree limbs and potentially lead to some localized power outages.

The strong winds are not expected to encompass a large area Monday night. The areas near the Lake Erie shore and especially along the Thruway are most susceptible to these higher winds.

Winds will shift from the southwest on Wednesday, funneling some stronger gusts into downtown Buffalo. At this point, there is no advisory for the middle of the week. Gusts may reach 40 mph, with the most persistent winds right along the water. those winds may set up a band of lake effect rain around the metro area for part of Wednesday.