The past two winters brought over 100 inches of snow to Buffalo. Patrick, Kevin and Heather explain why this could be another big season. 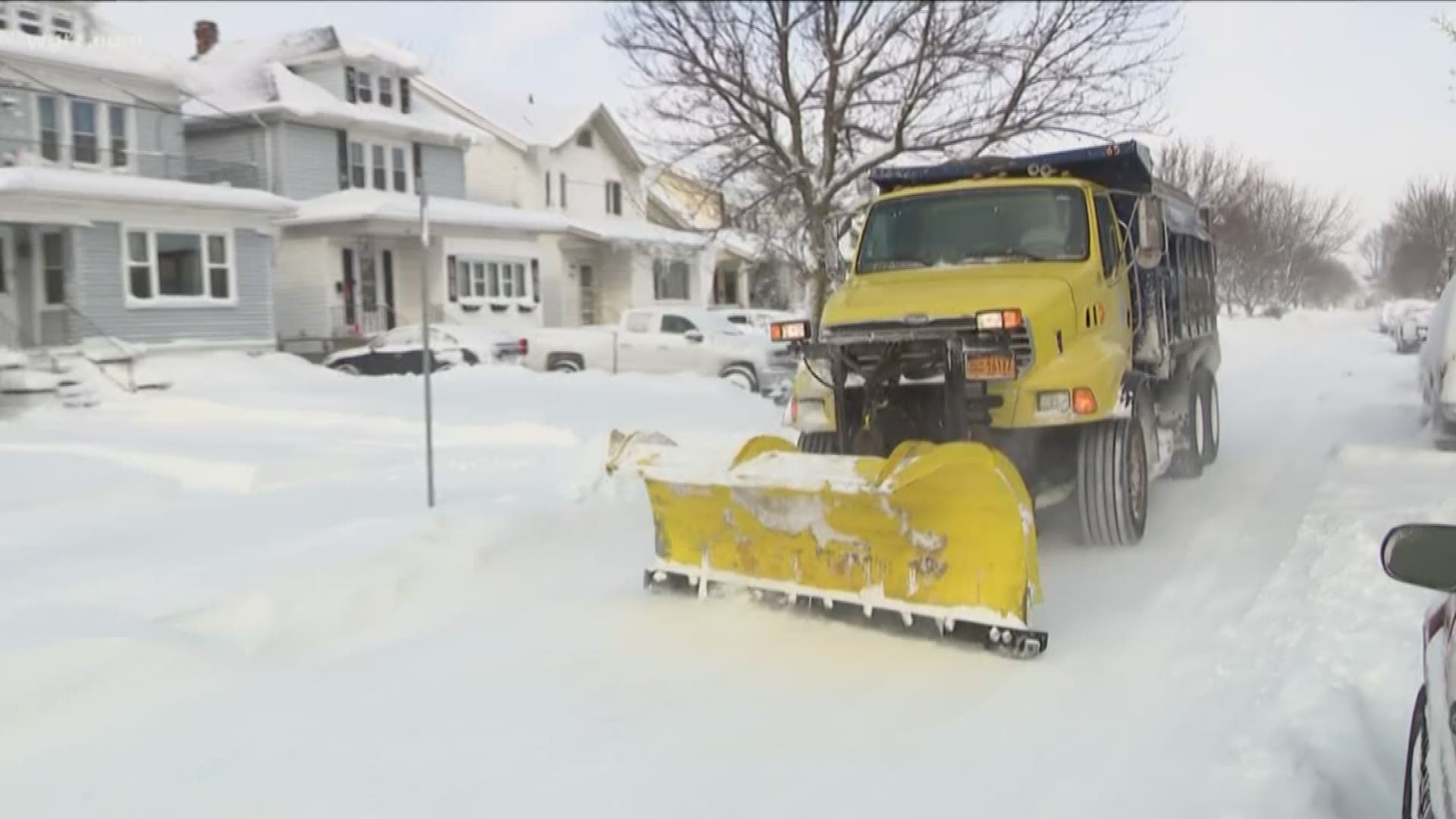 BUFFALO, N.Y. — The first snowflakes of the season have been spotted in parts of Western New York. Seems like a perfect time to look ahead to what this winter will bring. Over the past couple of weeks, Heather Waldman, Kevin O'Neill, Patrick Hammer and Maria Genero have been digging through data and analyzing potential patterns and they’re sharing their thoughts on snowfall totals, temperature trends and Lake Erie’s ice cover in this year’s outlook.

When it comes for forecasting snowfall for an entire season, it’s important to remember that forecasters are focused on the big picture. Will this year have more snow than normal, or less? Will snow changes last later into spring?

Related: How accurate are weather forecasts?

For Buffalo, the average season snowfall is 94 inches. Of course, there are several different ways that we can reach that number: clipper storms, coastal storms and of course, lake effect. Lake effect snow is what makes projecting a final total particularly tricky around here. In fact, if two snow days in late January were removed, Buffalo’s 2018-2019 snow total would have been 30 inches lower.

This season, the large scale weather patterns in the Northern Hemisphere may be set up in such a way to bring a couple of bigger storms up through the Ohio Valley. That of course is in addition to the always-possible lake effect events.

Heather, Patrick and Kevin had a little extra fun and took a shot at specific numbers. All three of them went with at least 100 inches by the time the snow is done.

Credit: WGRZ
If you look at last season's snowfall month-by-month, it's clear that Lake Erie had its biggest influence in January.

Last year, an El Nino type pattern had a hand in steering weather conditions in the Eastern U.S. This year, the pattern is more neutral. That means there’s a weaker signal for mild vs cold air in the long range.

But like last year, it appears an area of unusually warm air, deemed the “warm blob”, will once again be present in the northern Pacific. Last year it was positioned over the Gulf of Alaska. This year, it may be shifted farther west.

Either way, that “warm blob” and the big ridge it creates in the West will result in a big trough of cold air to the east to balance things out. That sets up the potential for some more frequent bursts of bitterly cold air this winter leading to a prediction for a colder than normal winter this year.

Buffalo’s “normal” snowfall total of 94 inches is the average season total between the years of 1981 and 2010. But data through the past 50 years indicates that that average snowfall amount may be increasing.

Since 1970, Buffalo’s winter months have warmed by an average of 3.2 degrees Fahrenheit.

That means fewer cold days for Lake Erie to spend frozen. Just within the past few decades, the lake has gone from spending 89 days frozen near Buffalo to just 65 days per season. If the lake is “open” for longer periods of time, there’s increased opportunity for big lake effect snow events.

Data also shows that Western New York’s snow season may be shrinking and shifting. The average number of days between our first measurable snow and our last has dropped by about 15 days. There is also a slight but notable decrease in average snowfall for November, but an increase in snowfall for March.