Spotted! Woolly worms are here and so is their winter prediction

Here's how to decipher what a Woolly Bear Caterpillar's colors could mean for the winter to come. 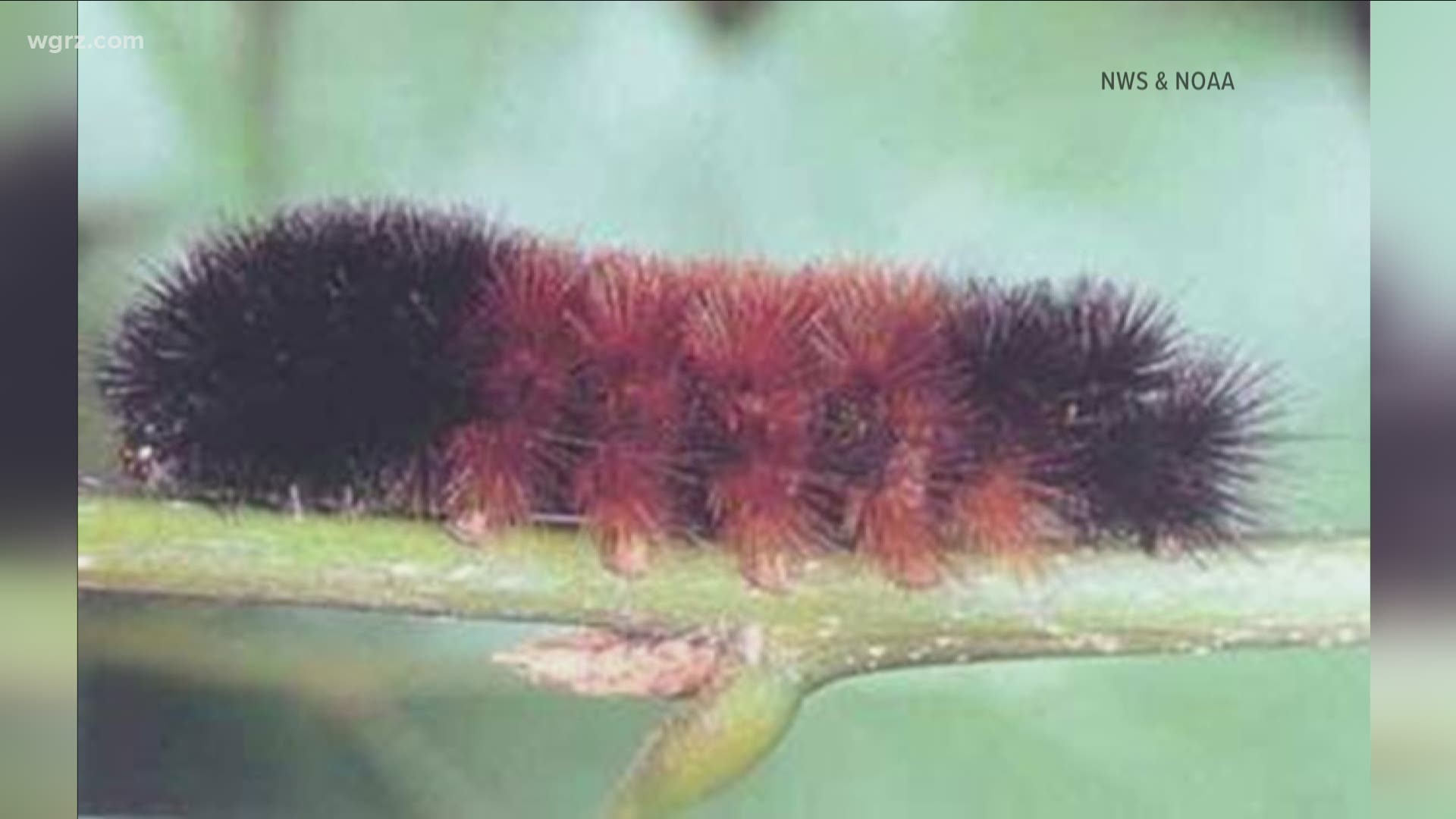 BUFFALO, N.Y. — *Note: there is no scientific evidence that proves these little creatures can actually or accurately predict wintertime weather.

Woolly Bear Caterpillars have been spotted in Western New York over the past week.

Each fall, these caterpillars leave their home plants, which they feasted from all summer, to find a spot to ride out the winter.  That's when they can be seen and their fuzzy coats deciphered for their winter forecast.

Woolly worms have bands of black and brown across their fuzzy coats.

According to weather folklore, the more black on a woolly worm in the fall means a longer, colder, and possibly snowier winter, to come.  If there is more brown, especially in the middle of the worm, that's a sign of a mild winter.

In addition, counting the amount of colored bands starting from a caterpillar's head may show a further distinction of the coming winter.  For example, more black bands near its head could mean a "cold and snowy" start, and vice versa.

The Woolly Bear caterpillar's coloration, and how it takes shape, has nothing to do with the weather.

For the species found in the Northeast, their coloring is primarily based on how long caterpillar has been feeding and age.  Generally, the more mature and well fed caterpillar will have more brown in its coat.  Plus, each caterpillar found within one region will look completely different than one found in another region.

It's still early in the season, but here are reports of two woolly worms found so far this season in New York state: one was reportedly all black in Tonawanda and another had a mix of black and brown in upstate.

So can the Woolly Bear Caterpillar accurately prediction a whole winter season? No. But, the legend and folklore will continue to live on as an annual fall event.

RELATED: The science behind an annual fall event