Snow on April 1, how Mother Nature has fooled Buffalonians before

Even this year, afternoon temperatures will be nearly 40 degrees colder than where they just two days before. 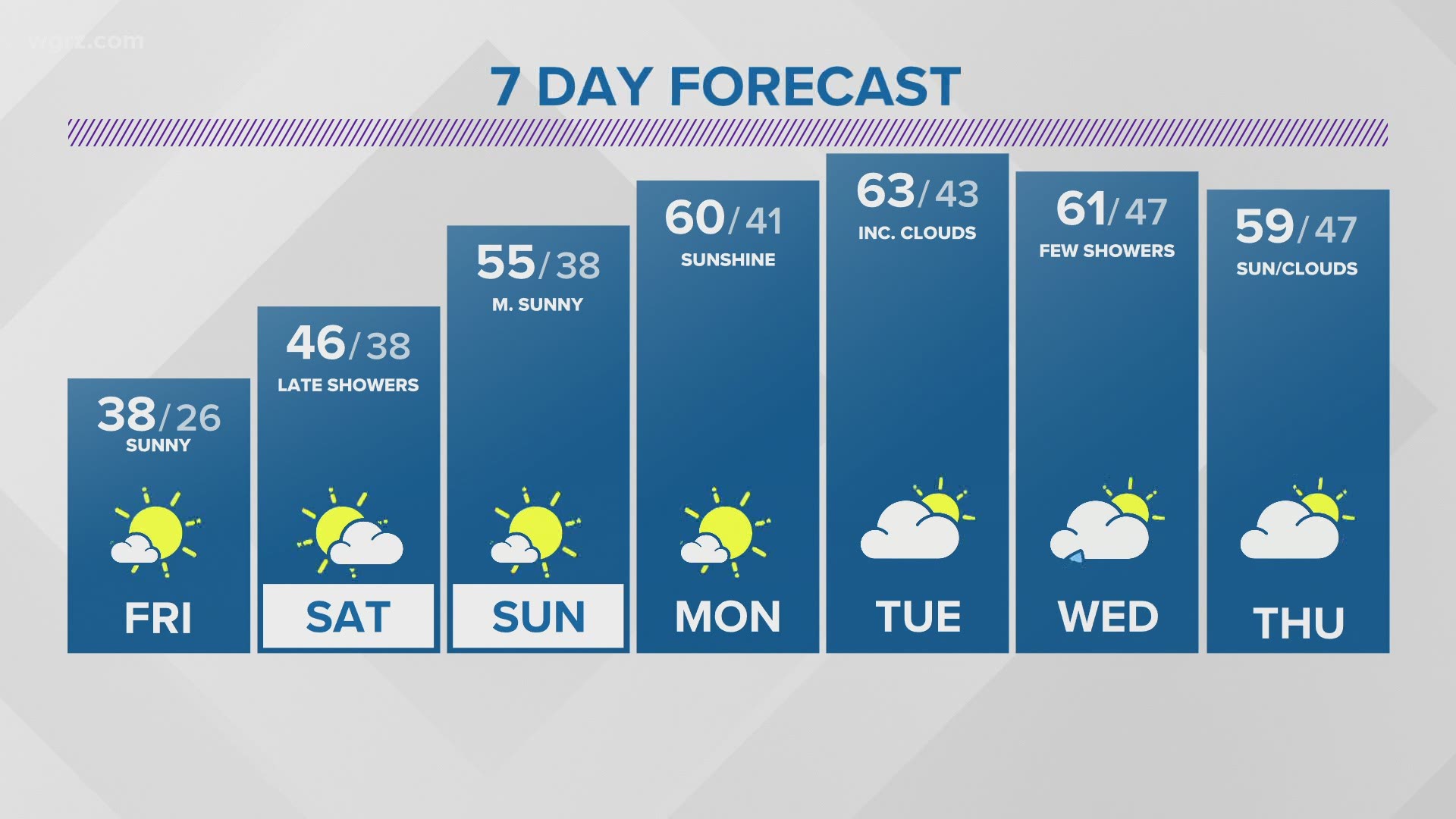 BUFFALO, N.Y. — From snow showers to temperatures in the 70s, April Fools' Day has a history of flip flopping conditions year to year in Buffalo.

The forecast for April 1st this year is much different than what we experienced last year, or even just two days ago. Morning wind chill values were in the 20s, afternoon high temperatures will only rise into the mid-upper 30s and scattered lake snow showers are possible through the afternoon.

The highest temperature Buffalo has experienced on April Fools Day is 78 degrees, which was just about a decade ago on April 1, 2010. And the coldest temperature ever recorded, 5 degrees in 1923.

Thursday's lake snow showers are going to be scattered in nature and leave behind minimal, if any, accumulation. The most snow recorded falling on April 1st in Buffalo is 3.9 inches and was set back in 1992. The most rain that fell on April Fools Day was 0.68 inches and set back in 1973.

Mother Nature has definitely fooled us before with snow on April 1st. But who remembers when we were in the upper 70s in 2010?! That must have been nice... #StormTeam2 @WGRZ #nywx #AprilFoolsDay pic.twitter.com/UHyn5hzGOn

Snow for lunch? Expect a burst of flakes between noon and 2pm. Visibility will drop in a hurry. Won't last too long. @wgrz #StormTeam2 pic.twitter.com/xuM1ionFju