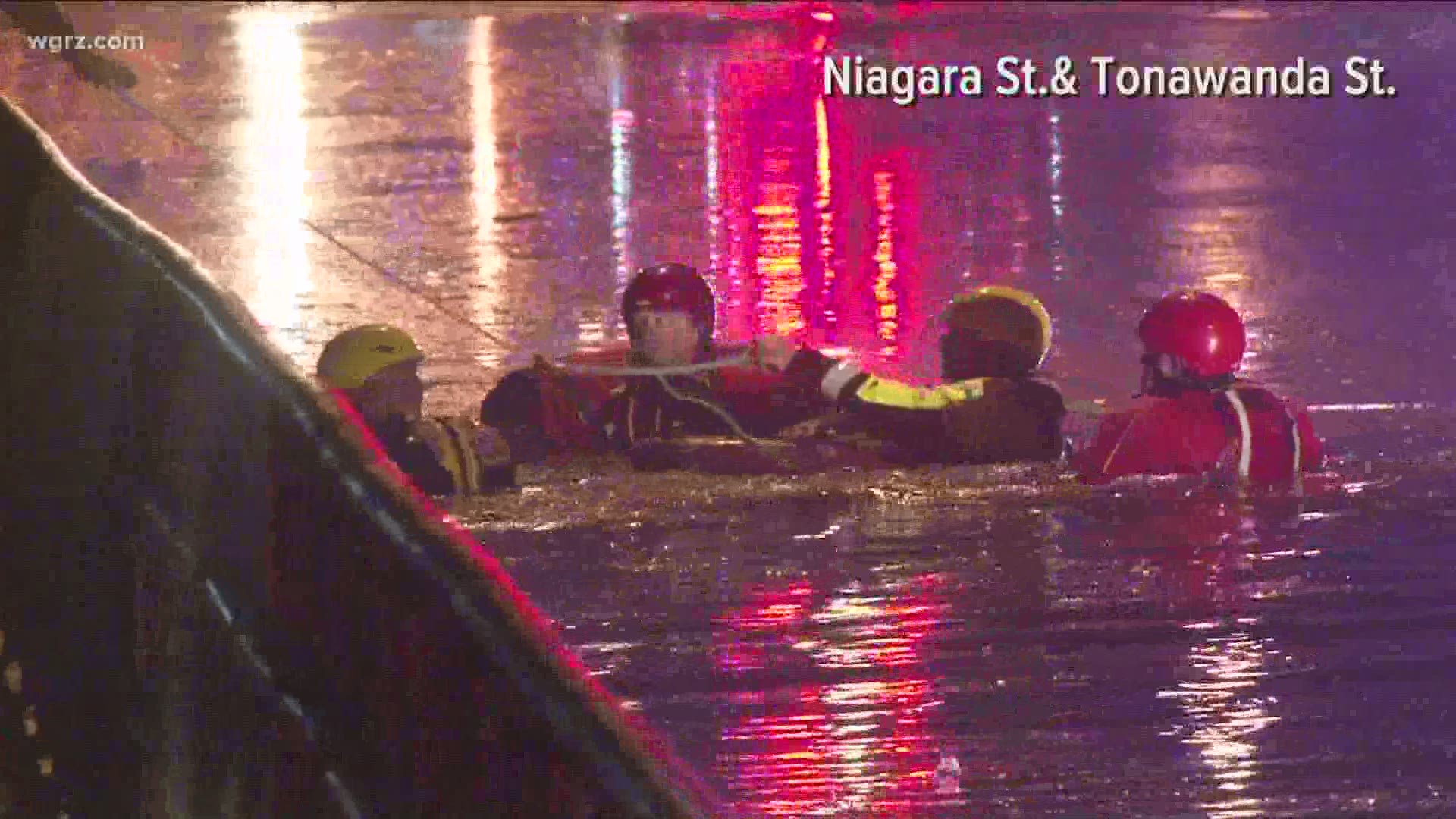 As of 10 a.m. Wednesday, 24 storm reports have been collected related to these storms. These reports range from hail up to golf ball size, downed trees due to wind gusts as high as 65 - 70 mph, and flash flooding. The largest hail reports came from Grand Island, Lackawanna and East Concord which were gold ball size. Otherwise, most locations impacted by the hail received pea to quarter size hail, including downtown Buffalo.

In addition to the powerful winds and hail, Tuesday night's storm brought torrential rain. In about an hour, locations picked up around 1" to an 1-1/4" of rainfall. This prompted Flash Flood Warnings to be issued as water began to drain and collect in many locations, including the metro area where water rescues took place overnight.

Just a handful of rain totals from areas impacted by last night's storm. Knowing that these amounts fell in about an hour, you can see why Flash Flood Warnings were issued. #StormTeam2 @WGRZ pic.twitter.com/Jczln7OcqJ

Dont forget, you can track future storms using the WGRZ app or by clicking on Storm Team 2's radar page.

What a lightning show.