Heavy snow events during December and February made up for the lack of more routine, minor snows. 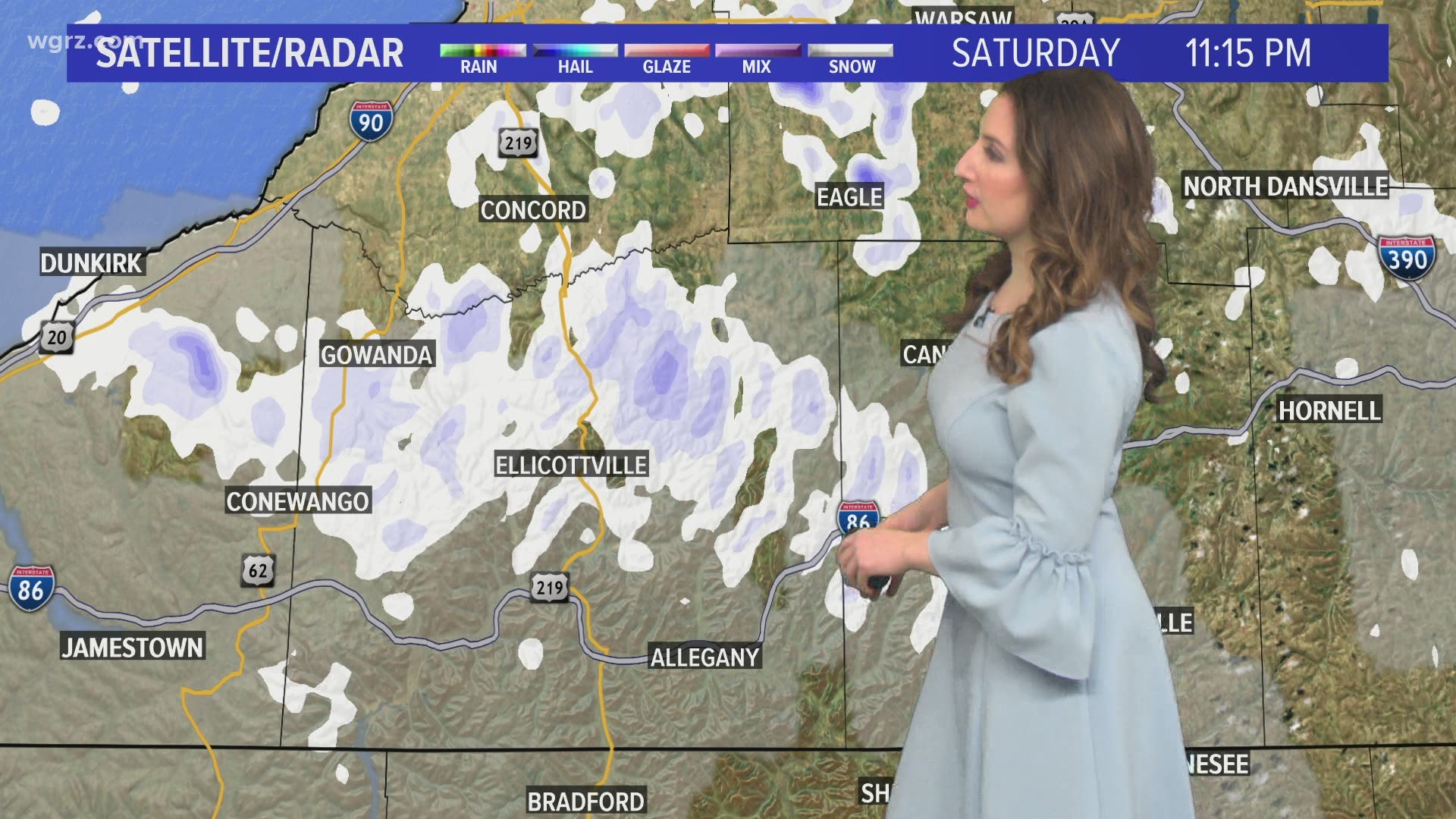 BUFFALO, N.Y. — With a new season beginning in just about a month, here's an update on how much snow Buffalo has received since the first flakes fell this past October. All data is based on records observed and kept at the National Weather Service Office of Buffalo, NY.

The first official accumulative snow of the season fell on October 30, 2020 and left a trace of snow. But for a month that usually brings us close to an inch of snow, there was no official accumulation for the entire month of October in 2020.

As a whole, this winter season was off to an extremely slow start in terms of snowfall. November 2020 only brought 0.8 inches of snow and climatology shows us that Buffalo show received just over 8 inches on average through the end of November.

However, prominent winter storms and lake effect events from December through February made up for the slow start to the season. This past December and (currently) February brought above average snowfall, with 33.0 inches falling in December of 2020 and 27.1 inches so far this month.

Adding up all the snow that has fallen in Buffalo since October 30, 2020, the current snowfall for this winter is 71.1 inches. This is just behind the climatology average of 73 inches that Buffalo usually receives up to now and is over 14 inches more than what we had collected by this time last year.

Seasonal snowfall update: since the first accumulation on Oct 30, 2020, #Buffalo has received 71.1 inches of snow this season. That's much closer to the 73 inch climatology average we usually see by this time of year and over 14 inches more than last year. #StormTeam2 @WGRZ #nywx pic.twitter.com/BkPYQZnOuM

While there is not one specific reason to attribute to this year's snow accumulation to date, several factors have contributed to the seasonal snowfall, including the existing La Niña and lack of ice on Lake Erie and Ontario at times this past year. These influences and impact were highlighted in Storm Team 2's Winter Weather Outlook this past fall.