With a winter storm on the way, Monday's snow accumulations could break a long-standing record for the holiday. 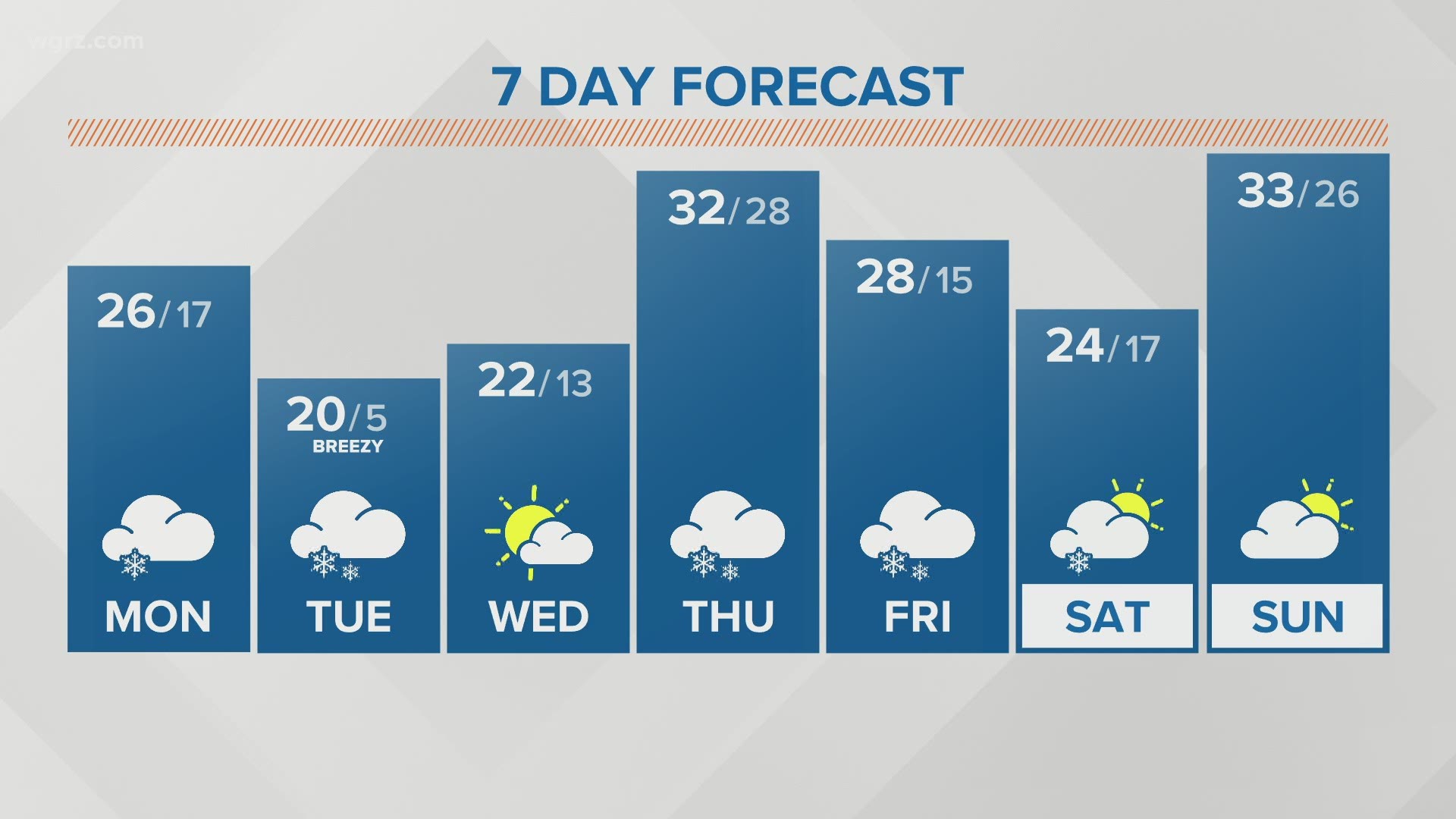 BUFFALO, N.Y. — With a winter storm on the way, Monday's potential snow accumulations could break a long standing weather record for Presidents Day in Buffalo.

Typically, morning lows for the holiday are in the upper teens with afternoon high temperatures in the low-mid 30s. This year, because of snow and associated cloud cover, temperatures will only stay in the mid 20s.

This incoming snow is associated with a winter storm that will bring much more snow overnight Monday into Tuesday. Winter Storm Warnings begin Monday evening ahead of a night that could bring 5 to 9 inches of snow, on top of the snow expected Monday morning.

Snow totals for Monday & Tuesday combined will range greatly, from 6 to 12 inches on average. The first round of snow showers move in tomorrow morning, leaving behind a few inches. The heavier snow is set for overnight Monday into Tuesday. #StormTeam2 @WGRZ #nywx #pawx pic.twitter.com/Xn9lYeES6U

Weather records for national holiday are based on observations kept at the National Weather Service Office in Buffalo. Records for Presidents Day go back to 1871.

Also note that the National Weather Service officially refers to Presidents Day as "Washington's Birthday." This is because of the "Monday Holiday Bill" established in 1967, which national holidays are now observed on the 3rd Monday in February.  George Washington's birthday is February 22nd.