In case you missed it, the forecast held out for early risers to view a incredible celestial event Thursday morning. 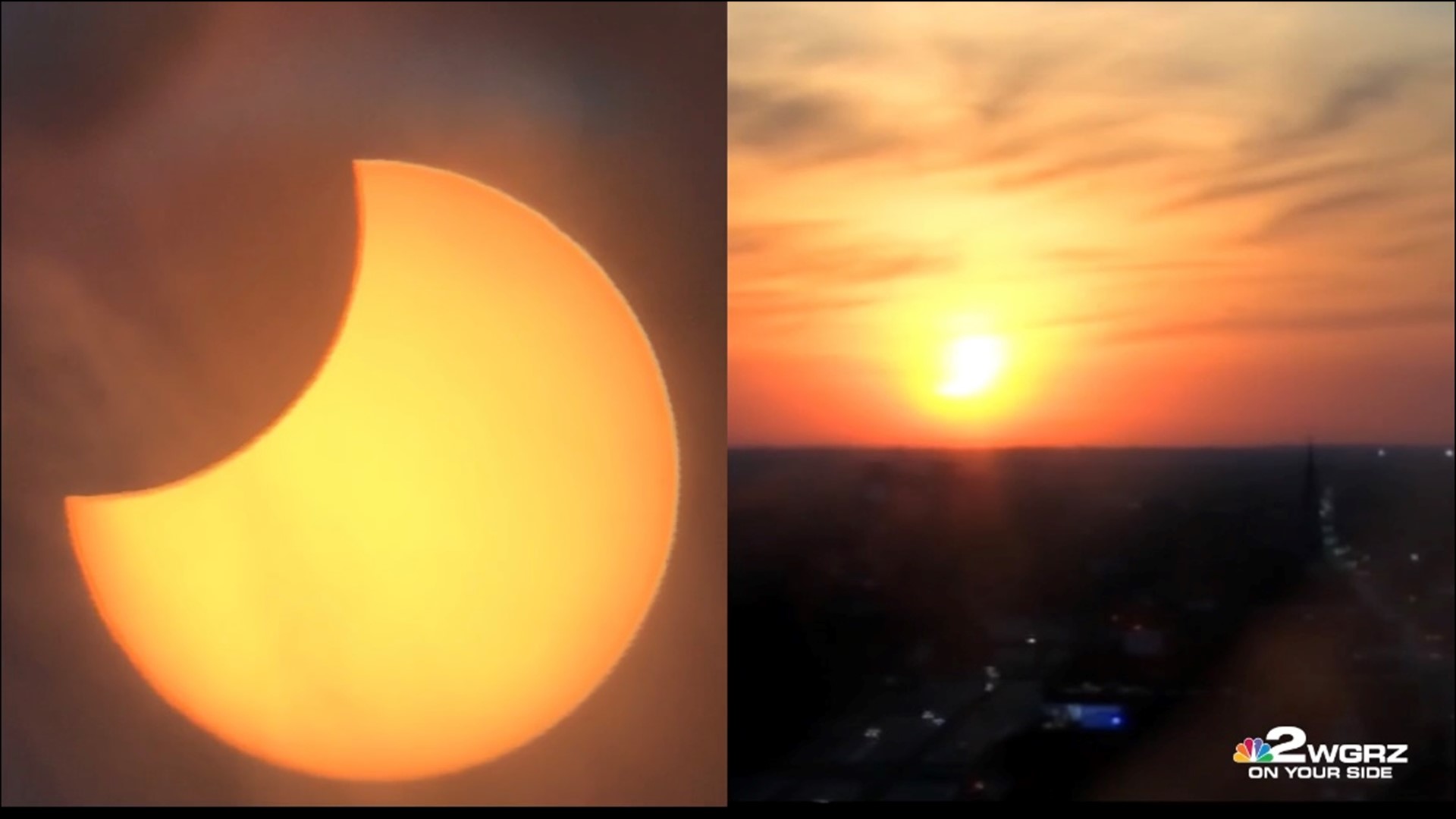 BUFFALO, N.Y. — Western New Yorkers who were up early were able to watch a celestial sunrise like many had never seen before Thursday morning.

As expected, a solar eclipse took place the morning of Thursday, June 10, 2021. Even though Buffalo was not within the path of totality, the region was close enough to it to view a partial solar eclipse. And because of other regional weather patterns and this partial eclipse's path, Buffalo ended up being one of the best places in the entire country to view this solar eclipse!

The local peak occurred at 5:39 a.m. when the moon covered up nearly 80 percent of the sun just after sunrise.

Here we go! #Buffalo has favorable viewing conditions for this morning’s partial solar eclipse. I’ll have live coverage beginning at 5 am on #Daybreak on Channel 2, our Facebook and website https://t.co/U0TyH2LXD5. @WGRZ #StormTeam2 #SolarEclipse pic.twitter.com/QIMggPoFRf

Then for the following hour, the moon slowly continued it's orbit around the Earth, moving out of alignment to allow for the sun to shine brightly again.

A solar eclipse occurs when the moon's orbit around the Earth aligns in-between the Earth's position around sun. Thus, the moon covers up the sun, casting its shadow on the Earth.

Solar eclipses are relatively rare too. Though they can be easily predicted based on the known orbit or the earth, Moon and Sun, the view, many factors have to come together to be able to see a solar eclipse, even if it's a partial eclipse.

And Buffalo's lucky, as the city is within the path of totality for the April 8th, 2024 solar eclipse!

Eclipse eyewear, but make it fashion. 😎 We did it! Who else was up early to view this morning’s partial #SolarEclipse over #Buffalo? It was truly an amazing sight and privilege to cover, and just a preview to what will happen on April 8, 2024. #StormTeam2 @WGRZ #nywx pic.twitter.com/NehQtCPyXb 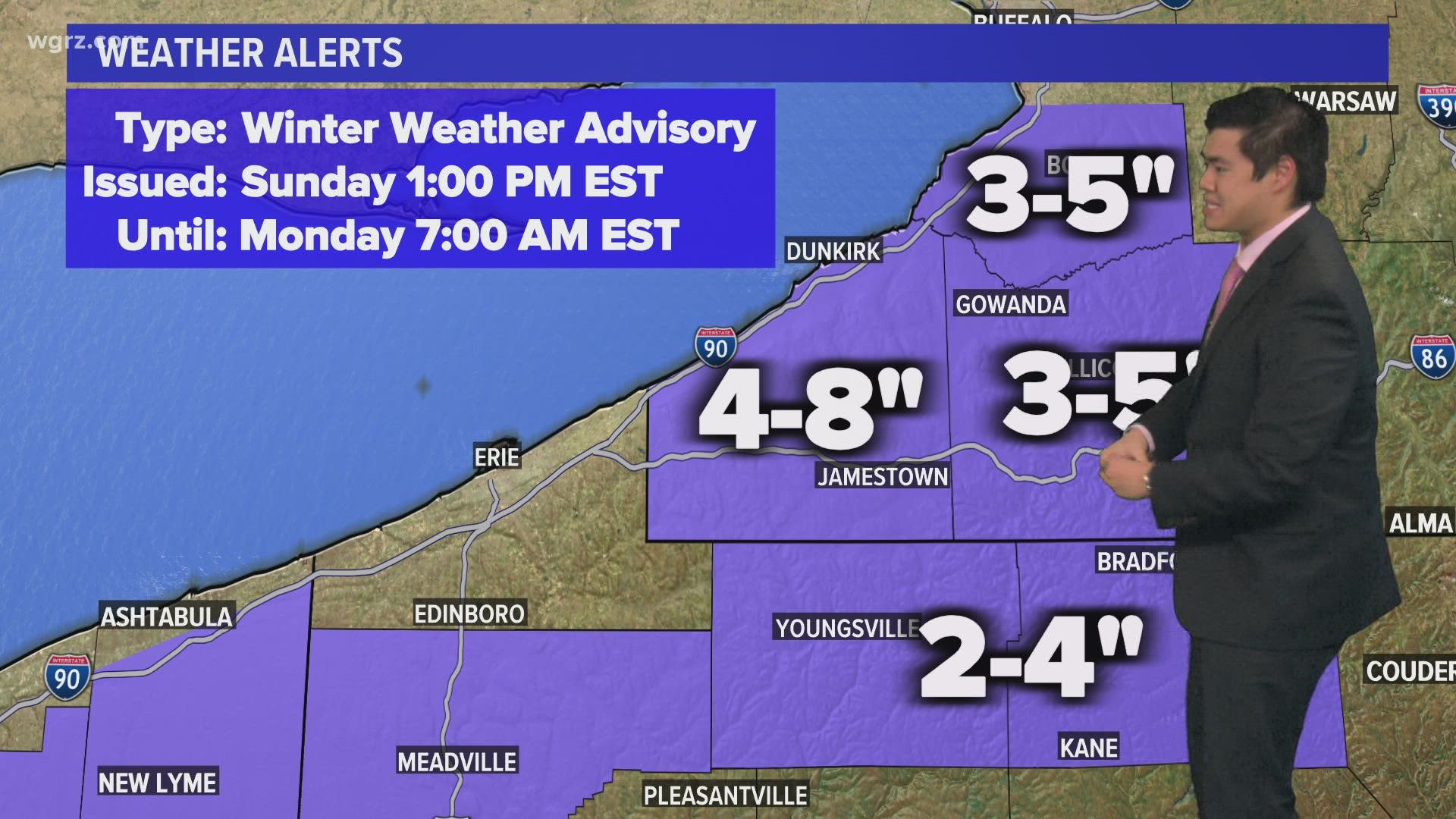