State to mobilize emergency response ahead of winter storm

A Winter Storm Warning begins at 7 p.m. Monday and lasts until 1 p.m. Tuesday for all of Western New York 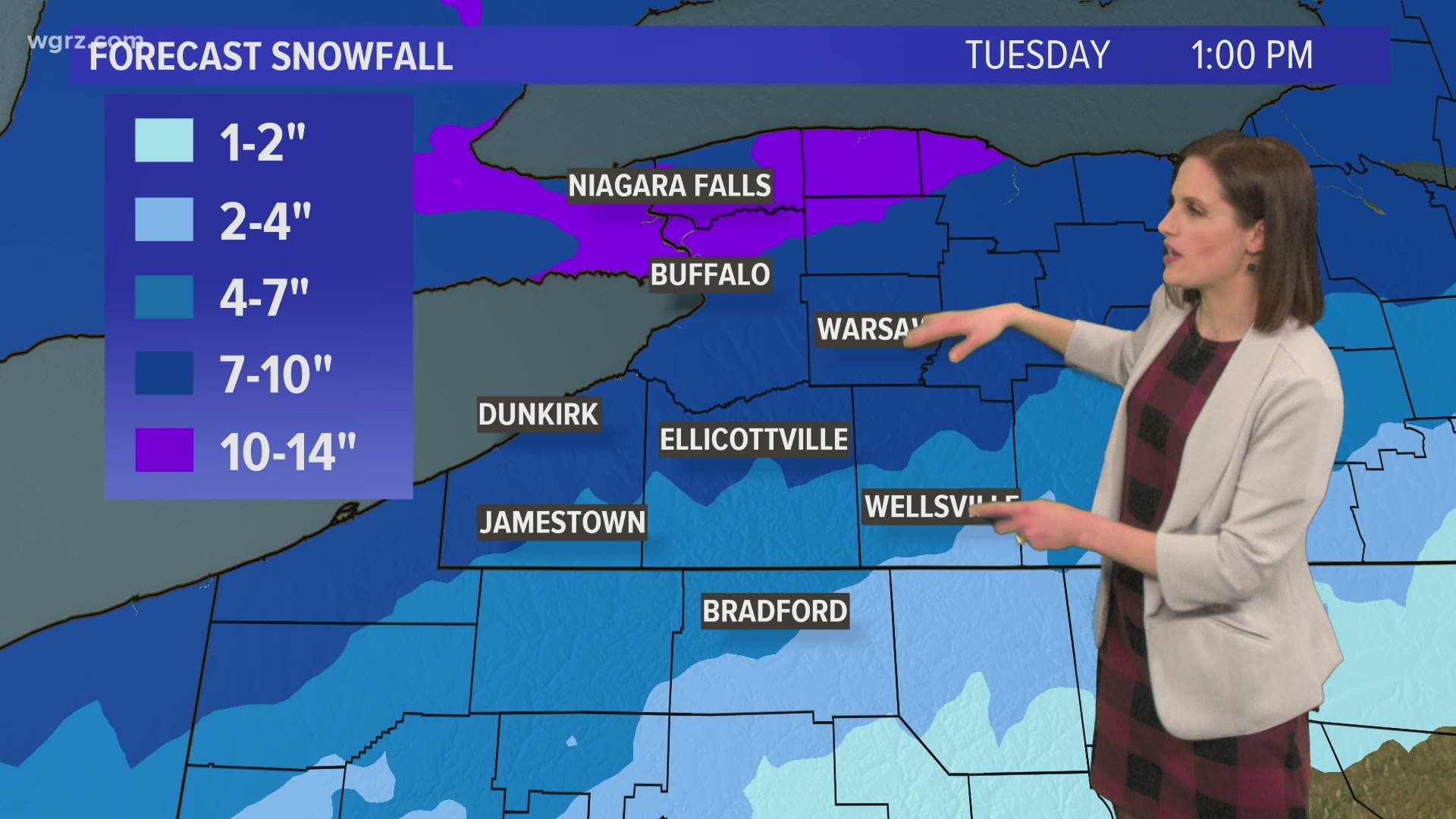 A Winter Storm Warning begins at 7 p.m. Monday and lasts until 1 p.m. Tuesday for all of Western New York. Snow accumulations of 9 to 14" on average are possible during this time frame, with the heaviest snow falling Monday night and into Tuesday morning. Anticipate difficult travel conditions and impacts for the Tuesday morning commute, including slippery and snow covered roads.

"This massive weather system is making its way across the country and ready to deliver a one-two punch of snow, ice and heavy winds across the entire state for the next two days," Governor Andrew Cuomo said in a released statement. "Travel conditions could become extremely dangerous, and I've directed our emergency response personnel to get out ahead of this storm and help our local partners. New Yorkers should pay close attention to local weather forecasts and avoid all unnecessary travel."

The NYS  Department of Transportation will have over 3,500 supervisors and operators available to respond statewide and will be staffed 24/7 during the storm.

Also, as part of the emergency response, the NYS Thruway Authority will have 691 operators and supervisors ready to respond with 248 large snowplows, 102 medium snowplows, 11 tow plows and 61 loaders across the state with more than 109,000 tons of road salt to help keep the Thruway clear.

State Police will be prepared to deploy Troopers to needed areas.

Tune into Storm Team 2 and WGRZ.COM for the latest information on the storm.