Mother's Day weather records: it's typically the last spring holiday where snow could be in the forecast

The warmest and coldest temperatures recorded on Mother's Day were only two years apart. 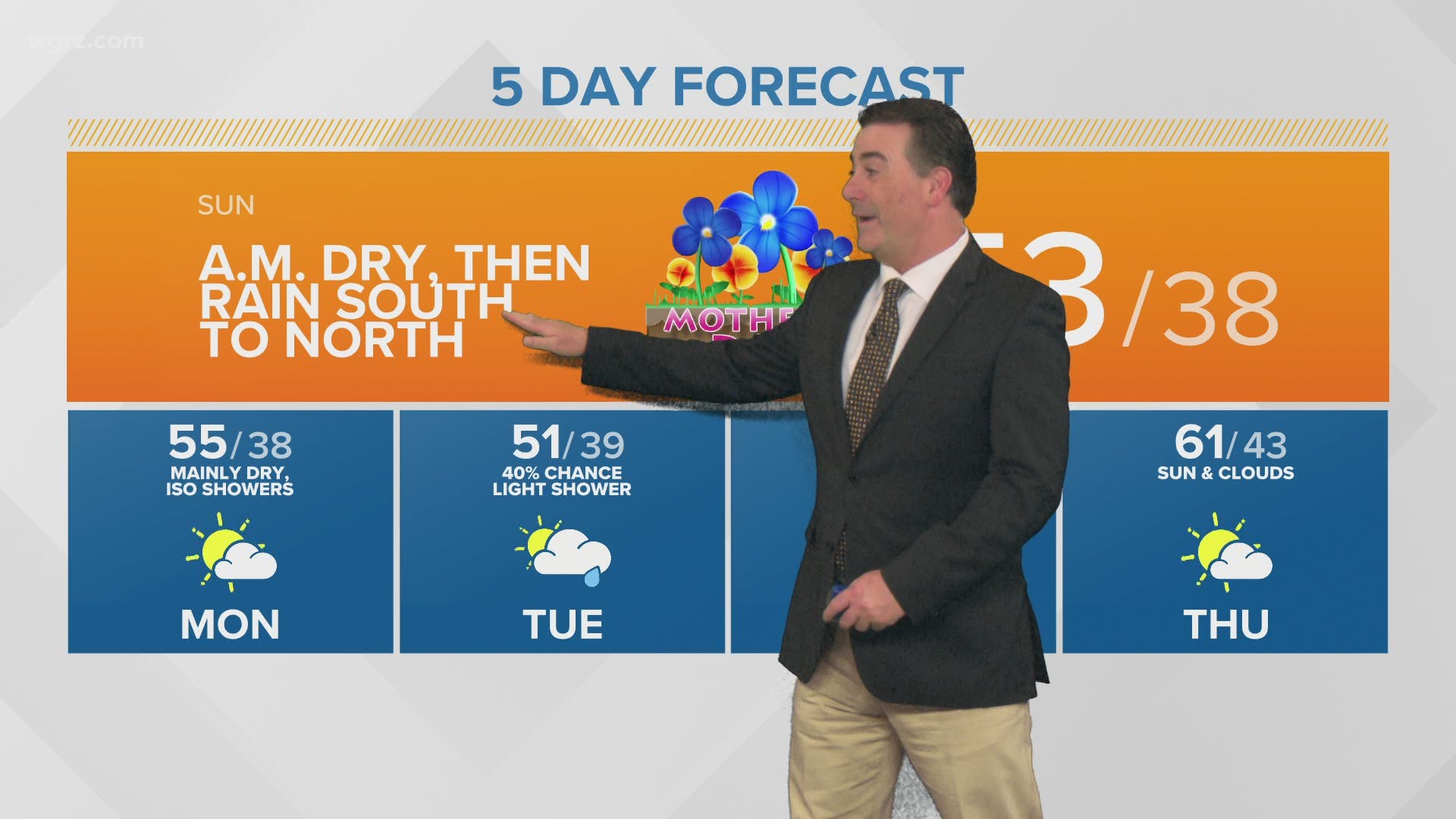 BUFFALO, N.Y. — Of the springtime holidays, Mother's Day is typically the last one where snow could be in the forecast. Here's a look back at the varying weather recorded on Mother's Days since 1914 in Buffalo.

Mother's Day became a national holiday under President Woodrow Wilson in 1914. Falling on the second Sunday in May, the date of Mother's Day can range from May 8 and May 14.

So at this point in the season, climatology shows that an average morning low would be around 46 degrees and afternoon high near 65 degrees. Only eight of the past 40 Mother's Days experienced those seasonal conditions. This is based on the day's high temperature being within 3 degrees over or under of 65 degrees.

Rain is definitely the main type of precipitation to expect, if any, on Mother's Day. In fact, 21 Mother's Days have seen rain fall on that Sunday since 1980. Based on this fact alone, you could say there's a nearly 50/50 chance of rain falling on Mother's Day. And the Mother's Day with the most recorded rainfall was on May 13th, 1990 with 1.94 inches of rain.

As for this year's Mother's Day forecast, the chance for rain is gradually increasing, but there will be dry time during the first half of the day. Light rain should move into the Southern Tier in the afternoon and reach the Buffalo metro area by evening. Sunday's forecast has morning lows in the low 30s with afternoon highs in the mid 50s.

All weather data for Buffalo is observed and recorded at the National Weather Service Office in Buffalo. Recording weather observations for Mother's Day began in 1914.